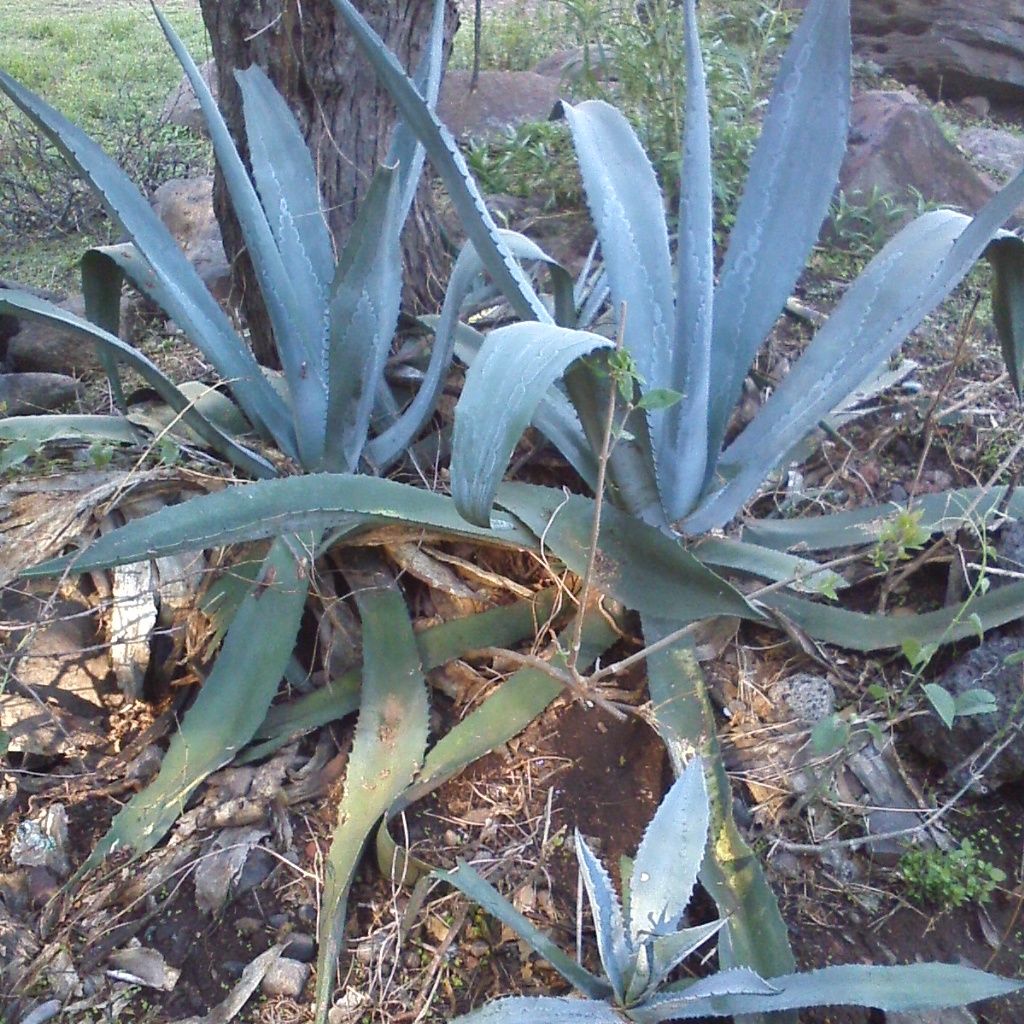 Since time unknown, the maguey or agave plant has been used by the people in Mexico for clothing, medicine, shelter, fuel, alcohol and tools. Fibers, called pitas, were taken from the plant and woven into cloth. Thorns were used as sewing needles. Pencas (leaves) were dried to burn as fuel or overlaid for roofing. The sap was used as a sweetener, as medicine or distilled for alcohol. The Aztecs/Mexica even had a specific patron deity for this plant, the goddess Mayahuel. 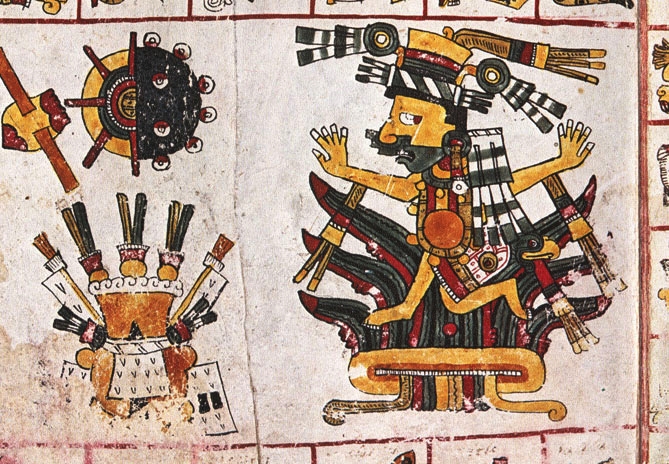 The maguey or agave plant is often mistaken for sábila (aloe vera), but is not closely related. Nor is it a cactus. The maguey can grow without irrigation and can withstand a great variation of moisture and temperature. It grows wild, but can also be cultivated.It may take 10 to 12 years for a maguey plant to be mature enough to “flower”. The “flower” is a large, obtrusive stalk that grows right from the middle of the plant. After flowering, the plant typically dies. 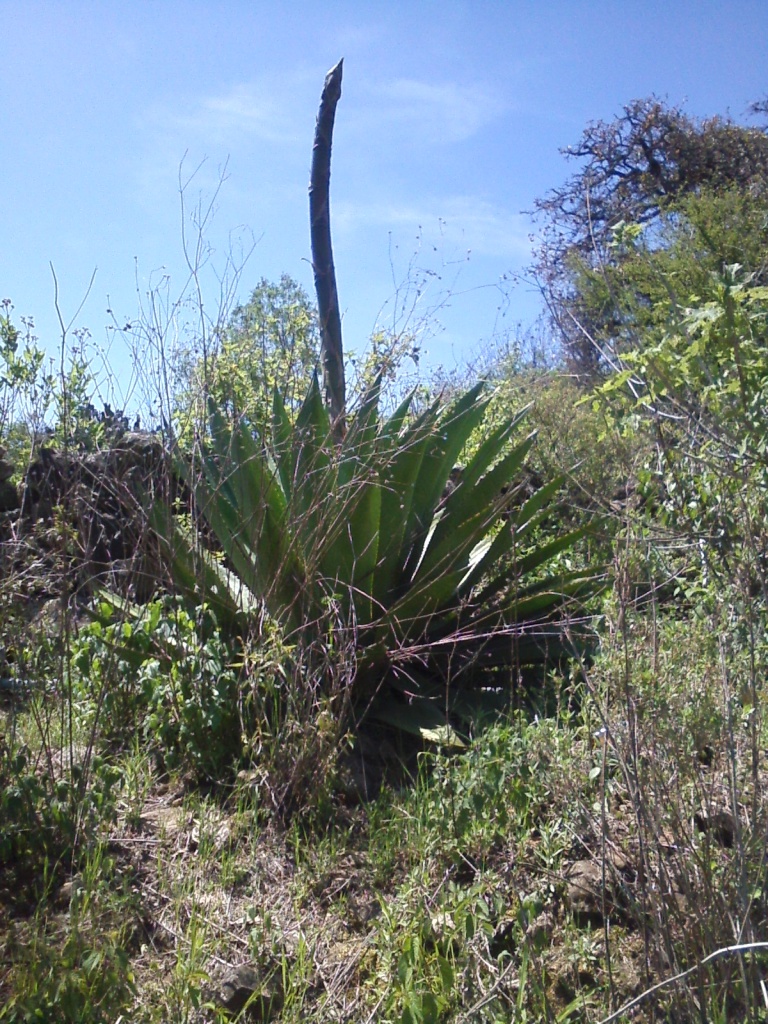 To harvest, the stalk is cut before it blooms, leaving a hollow where the aguamiel (honey water) is collected. This juice can be fermented into an alcoholic drink which the Aztecs called octli, and is now called pulque. For tequila or mezcal, the sap is collected by heating the center of the plant in ovens and then distilled. 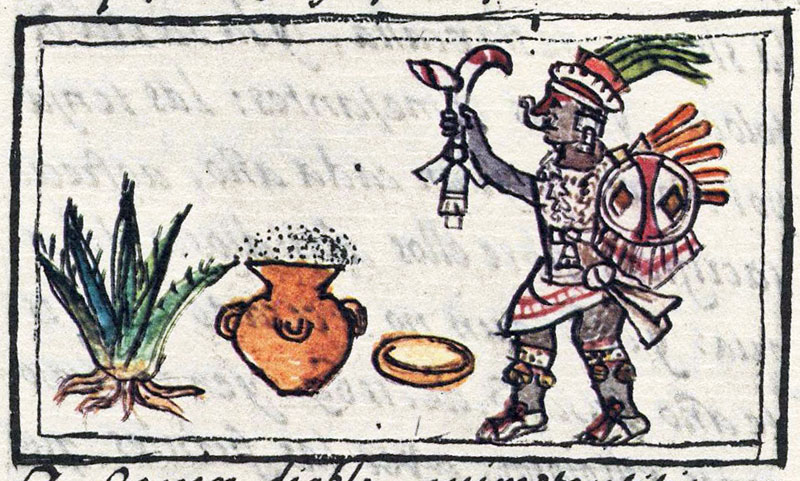 According to my trusty source, Antiguo Recetario Medicinal Azteca, this plant is more than just making tequila or pulque. It can treat syphilis, accelerate the formation of scarring on wounds, cure gonorrhea, can be used as a strong stomach and intestine antiseptic (the sap has antibiotic properties which was also used to kill both staphylococcus aureaus and E. coli bacteria) and is useful as a laxative. Additionally, Bernardino de Sahagún attested in his book Historia General de las cosas de la Nueva España, that aguamiel was also used as a treatment for sore throats by the Aztecs. 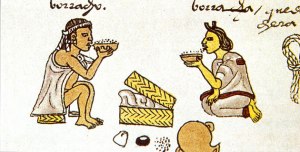 Antiguo Recetario Medicinal Azteca suggests that for syphilis treatment, water and 10 drops of the sap from the root of the maquey should be drunk in the morning and 10 drops in the afternoon on the first day of treatment. The second day the dosage should be 20 drops and so on until 200 drops are ingested in each day. For aid in scar formation, heat the pencas (leaves) and squeeze out the juice much as you would with aloe vera. (See Animal Doctoring) The juice should be boiled with a little sugar until thickened. The salve should be placed on a cloth and tied around the wound. Gonorrhea can be treated by drinking the 1/4 cup of cooked aguamiel (maguey juice) for 15 days. For stomach and intestine cleansing, it is recommended to drink one glass of aguamiel with breakfast. While most pharmaceutical companies would poo-poo the use of maguey in treatment, these recipes have been around a long time and there may be some basis for using maguey medicinally.

We have even used the maguey penca in cooking goat. We dug a large hole and lined it with rocks which we then lined with dethorned maguey leaves. The goat was cut into pieces and put in a pot and then the hole was topped with another maguey leaf. The meat cooked, or steamed, overnight and was as tender as could be. Delicious!

3 responses to “Natural Healing–Maguey AKA Agave”