One day when I stopped to pick up the daily tortillas from my sister-in-law’s tortilleria, she handed me a bag of orange-red fruit and told me to make juice from it. So I did. It was deliciously sour and refreshing. To make the juice, let the berries soak in water until it turns a pinkish color. Then, strain, add sugar or honey to sweeten it and enjoy.

These little fruits are known as jaripos in Cerano, Guanajuato, but neighboring Puruándiro, Michoacan calls them limillas. Puruándiro has taken this fruit, from the Rhus microphylla shrub, into their heart so deeply that they have an annual festival in April celebrating la limilla, which can be used to flavor ice cream, atole, marmelade, artensenal bread and local brews. In English, this shrub is known as the littleleaf sumac or desert sumac.

The Rhus species has over 250 varieties. Although little study has been done on Rhus microphylla, other varieties have anti fibrogenic, antifungal, antimalarial, anti-inflammatory, antimicrobial, antioxidant, antimutagenic, antithrombin, antitumorigenic, and antiviral properties. Additionally, flowering plants belonging to the Anacardiaceae family are cytotoxic, hypoglycaemic and leukopenic.

In Chihuahua, la limilla is used to treat leukemia. Rhus glabra, Smooth sumac, boiled fruit has been used as a treatment for painful menstruation. The roots and berries were made into a wash for sores. In Monterrey, Rhus Virens, Evergreen sumac, bark is boiled to make a tea used to treat diabetes.

Rhus Trilobata produces a similar berry to the Rhus microphylla but is known as agrillo. The shrub has an intense smell which is the reason for one of its names, skunkbush. Among different indigenous groups, the bark, fruit, leaves, and roots were used medicinally traditionally. Rhus typhina, Staghorn sumac, leaves protect against oxidative damage.

Hopefully, there will be more studies done in the future to ascertain the health benefits from the sumac berry. Meanwhile, while in season, I’ll enjoy an occasional glass of jaripo juice.

The gorgeous yellow trumpet bush, locally known as retama, grows wild in La Yacata. It’s a favorite of hummingbirds, so I always am delighted when it sprouts up in the backyard. My husband, not so much. He says it’s only good to make tea to stimulate the appetite and that it’s a horrible tea to drink, speaking from experience.

That couldn’t be all this lovely plant was capable of, so off I went to track down its medicinal properties. The botanical name is Tecoma stans and it is native to the Americas. It is drought-resistant and prefers rocky soil, which makes La Yacata an excellent habitat for it.  Throughout Mexico, it is known by many names including flor amarillo, Hierba de San Pedro, Palo de arco, and tronadora.

In Nahuatl, it was known as tecoma xóchitl (flower in the form of a vase), Candox, Nixtamal Xóchitl and used medicinally by the Aztecs. In Maya, it is K’anlol or Xk’anol.

In Mexico, traditional remedies still use the stems, flowers, leaves, branches, bark and root of this plant to cure. An infusion of the flower stems is given to reduce the effects of a hangover. Tea made from the roots is prescribed as a diuretic. The leaves are used to make a decoction drunk before breakfast for nine days to treat gonorrhea.

To treat whooping cough, a decoction is made from the leaves of the retama, cabbage rose petals, and stems of tasajo cactus. Retama is also included in remedies to treat adult onset diabetes. The leaves and flowers are used to treat the common cold, fever, headache, kidney problems and jaundice. The flowers and leaves are also applied externally as a poultice to treat skin infections.  A tea made from the flowers is made to calm menstrual cramps.

The leaves and flowers have both antibacterial and antifungal properties. It has a high level of pancreatic lipase inhibitory activity, making it an effective treatment for diabetes. The flowers are nephroprotective, making it an accessible treatment for kidney issues.

It certainly seems a useful plant to have around!

Finding Something to Look Forward to (with Herbs)

I’ve started gearing up for a holiday season without much social interaction this year. Mexico is moving towards full reopening. Campeche was the first “green” state on the COVID scale. However, the state that I live in, Guanajuato, still has rising cases and is in fact second after Mexico State or third if you could Mexico City as a separate entity.

So since I’m not planning on spending time at el Panteon for El Dia de los Muertos, watching the parade for El Dia de la Revolucion or sing in unison during Las Posadas, I did some thinking about how I could enjoy my holiday season without social events.

Happily, I can still enjoy traditional dishes without leaving my home. Hot chocolate, tamales, pozole, pan de muerto, and ponche here I come! I’m also working on more Mexican herb monographs (which will be available shortly through Ultimate Bundles! I’m so excited!). I’m kept busy with our animals and teaching the huge increase in online classes, too.

If you are struggling to find something to look forward to, Herbal Academy has some amazing new courses available and I’m rubbing my hands together in glee! 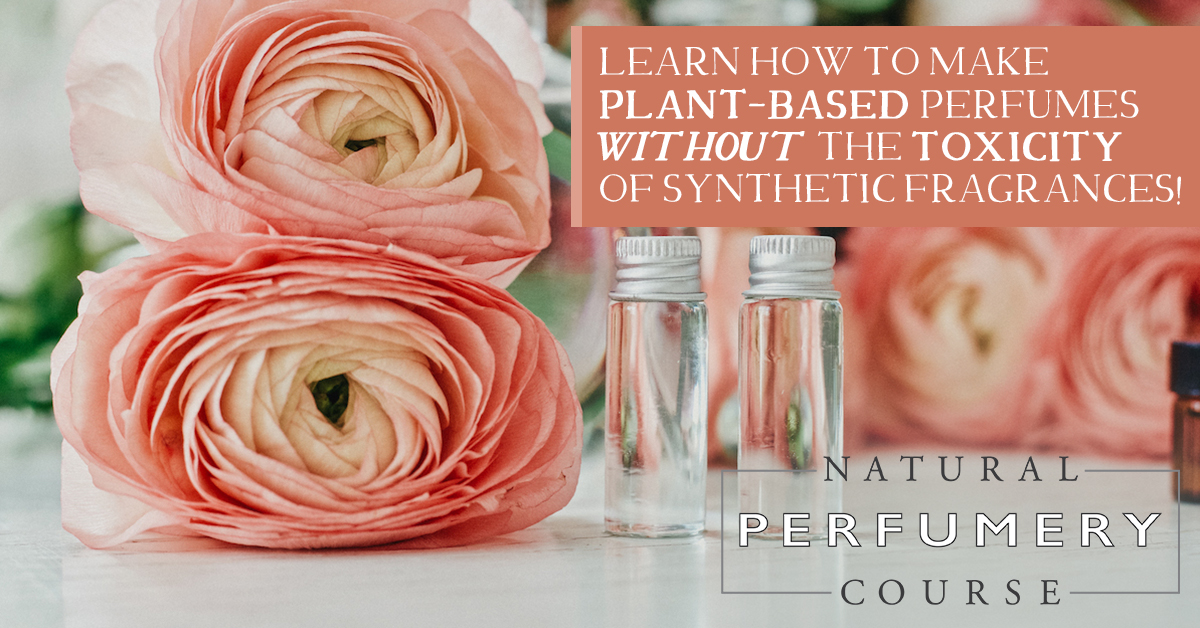 The Natural Perfumery Course is open for pre-registry until October 18 for $39. Not only does it look to be an amazing class, but it’s just the thing to make your own perfume for holiday gifts this year. The class includes 7 lessons, 20 recipes as well as several perfumery plant monographs. A little natural scent does wonders for your mood! And if you know a budding herbalist, this would make the perfect gift!

Herbal Academy is also offering a Botanical Nootropics Intensive Course through The Herbarium. Nootropics refers to substances that enhance cognitive function, brain-boosters if you will. This 3 lesson course will help you become more familiar with how herbs affect brain function.

One-year access to The Herbarium is $45, but a 3-day trial membership is just $3. With membership, you’ll get access to the new course and six other short courses in addition to 170 herb monographs, more than 200 articles, videos, ebooks, and podcasts.

See a sample plant monograph and sample article from The Herbarium.

If the state of the world is getting you down, the Herbal Self-Care for Stress Management Course can help. In his class you’ll learn how lifestyle practices, herbs, and food choices can impact your wellbeing. And don’t forget to download the Cold and Flu Season Ebook FREE for even more herbal care tips.

Herbal Academy has a number of other classes that I’ve enjoyed over the years. Taking charge of my health through natural healing has been one of the things that have kept me even keeled during this uncertain time. The classes are informative and the practical applications fun. Working with herbs is an extremely satisfying experience–one that I highly recommend.

So herbs, herbs, and more herbs are on my agenda for the next few months. What are you planning this holiday season?