Separating the sheep from the goats

Our goat herd posing for a picture at our mini-ranch

Mini-ranching on a lot that measures a mere 7 x 20 meters requires careful animal selection. Our animals must be sheltered from the torrential downpours of the rainy season and the staggering heat during the dry. So larger animals like cows were not in the plan. Instead, we opted for goats.

There’s a quite a bit of bad hype about goats but managed properly we have found them preferable in every way to sheep. Goats eat more of a variety of the native plants that grow in La Yacata, are hardier, healthier, give more milk and complain less. They stay bunched around the female boss goat and although sometimes like to dar la vuelta (take a walk) do not startle as easily as sheep. 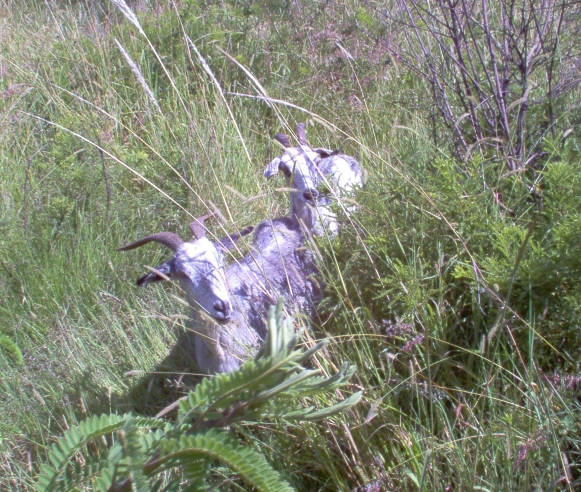 Finding something to eat in the rainy season is no problem at all.

Yes, they like to jump. Duchess is a champion jumper. She managed to spring off the wall and hurtle over the 5-foot fence several times a day. My husband then added another 2 feet of wire, and now she stays put. 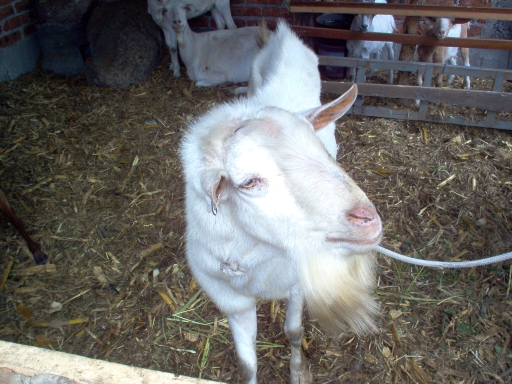 Yes, the macho goats smell. And smell quite a lot during the breeding season. You see, apparently, male pee is like cologne to a female goat, and a macho goat will want to be at his best to entice the ladies, so pees on his own face in the hopes of a little romance. Male goats, if they still have their horns, also have odor areas behind the horns and in a mature male, it does reek! Most of the stud muffins we borrowed or rented for the breeding season (we don’t keep a male goat all year around) have been dehorned and deodorized, so the smell is not quite so bad. Macho goats are a bit territorial when it comes to their flock of beauties too. Once I thought I’d go in the pen to refill the water that had been accidentally spilled while Almanzo was in residence. Well, he didn’t take kindly to my intrusion into his harem, and when I turned to try and scramble out, he gave me a full head-butt on my backside and knocked me 5 feet or so to the wall. Fortunately, he was dehorned, and the only thing damaged was my pride. Nowadays, when there is a macho gigolo in residence, only my husband enters for feeding and watering.

Goats have hooves that if not worn down by walking or regular filing, grow into enormous curved claws that cripple them. The terrain in La Yacata is well suited for hoof maintenance. Our goats go out several hours a day, jump around on rocks, play king of the mountain and munch vinas (bean-like crunchy seed pods that grow on mesquite trees). 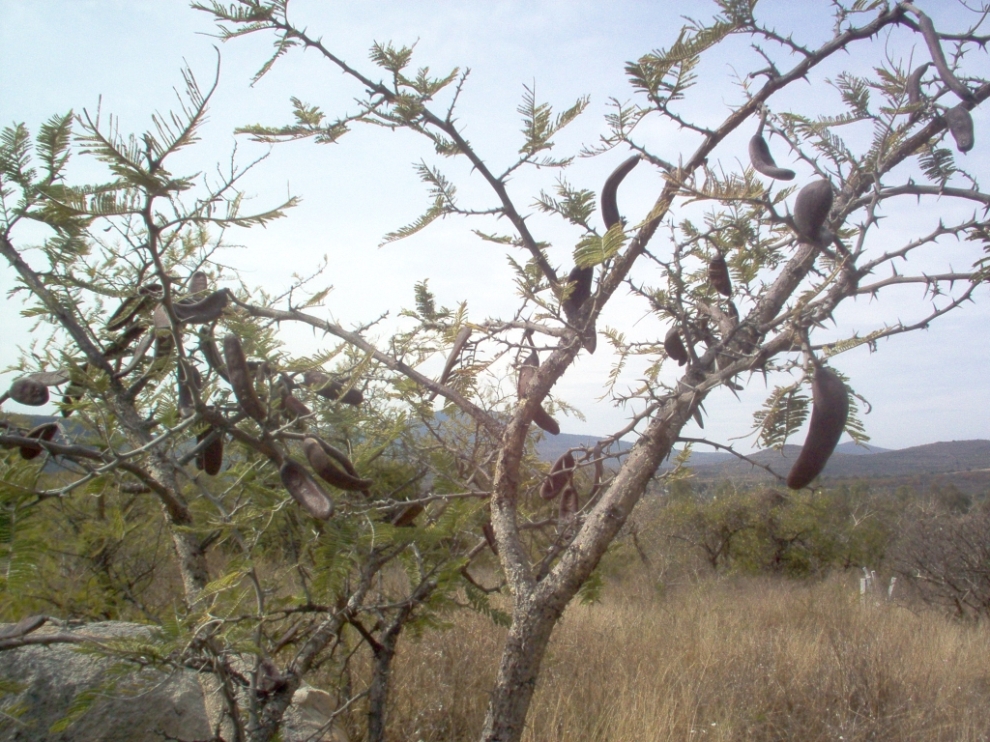 Vinas (seed pods from a mesquite tree) a goat delicacy!

For the most part, my husband’s “uncha, uncha” keeps them together. My son and I apparently do not have the same authority in our voices, and when it has been up to us to care for the herd for the afternoon, it has been a delight for the goats and a frustration for us. Just like at school when a substitute teacher is in, chaos reigns!

Goats provide milk and meat for our family, although we learned early on not to name those destined for the butcher’s knife. It is awfully hard psychologically to eat the pets! Goat destinies are determined at birth. Girl goats will be breeders, and boy goats are either sold or cooked. After a girl goat’s first successful pregnancy and delivery, we can determine if she is a keeper or to be sold. Keeper goats are those that have good milk production, have twins or are excellent caretakers. Tweedledee, for example, adopted King and Queenie (twins that we purchased shortly after their birth) AND our two little twin sheep whose mother did not have any milk, Vaquita and Torito, in addition to her own kid Princess. Unfortunately, good mothering instincts is not a hereditary trait like twinning. Princess had her first kid this year, but continued nursing from her mother refused to nurse or care for her daughter Spring and managed to find a way to drink her own milk. We sold Princess, and Tweedledee adopted her grandkid Spring.

My husband has tried twice now, unsuccessfully to keep sheep with our goats. Borregos (sheep) are finicky eaters, so aren’t as delighted with foraging as our goats and thus, require additional alfalfa purchases. They also prefer to eat from the ground rather than a trough but since they won’t eat food that has poop pellets in it, waste more food. Sheep startle easily and then run blindly around. One day, my husband and I left the herd with our son and went up the hill, no more than 5 minutes away, to tie the horses. When we got back, my crying son told us that the 2 new sheep had run off and now were at the bottom of a neighbor’s ajibe (dry well). Fortunately, the water was only up to their necks, but it took some doing to haul them out. And talk about bleating! Sheep carry on whether there is food in the trough or not. Once one sounds the alarm, the rest pick up the tune.

That’s not to say that goats don’t holler when dinner is late. Queenie is notorious for it! She decided it is her duty to let us know when food supplies are running low, even with a mouthful of food.

Then there is the problem of housing two machos–one goat and one sheep. Of course, each wants to be head macho and butt heads for the title. And according to my husband, a goat that has been serviced by a sheep, even though no offspring results, becomes sterile. I’m not sure if that is true but necessitates keeping the machos in a separate area and tied which then limits their completion of their husbandly duties for their own species. 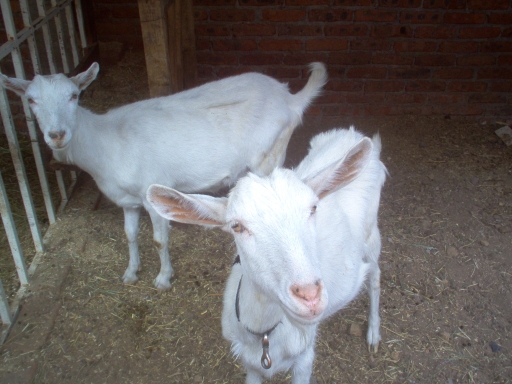 All in all, we’ve decided that sheep are not for us. So far this year, Princess has given us Spring and Duchess (an excellent mother although without much extra milk) has provided us with Winter. And just yesterday, Queenie has presented us with Rey (King) and Royal. With grandmas TweedleDee and TweedleDum, we have a manageable herd, and once the kids are a bit older, we will have more milk that we know what to do with! For awhile, I was making homemade bread with the excess organic goat milk and organic eggs our little mini-ranch produced and had quite a little business going there. However, at this moment, our chickens are in the off-season (when they don’t lay very many eggs due to the number of hours the sun shines) and the goats all have hungry kids, which leaves us just enough milk for our morning coffee and that’s it.

17 responses to “Separating the sheep from the goats”