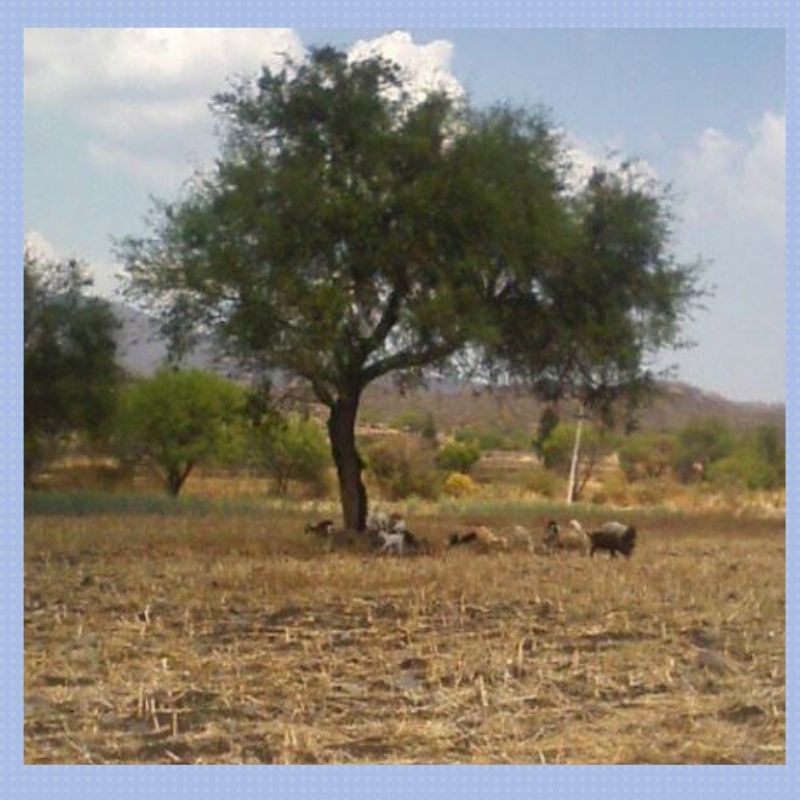 If you have ever sheltered under the shadow of a mesquite tree on a hot summer afternoon, you will certainly appreciate at least one aspect that this crooked, spiny, unlovely tree has to offer.

Mesquite also spelled mezquite and known as algarroba, belong to the Prosopis species. There are at least 44 clearly defined species and numerous hybrids, making identification difficult.

The word mesquite comes from the Nahuatl word mizquitl. The invading Spanish dubbed this tree algarrobo because of its similarity to the carob tree they were more familiar with.

In Mexico, all parts of this drought-hardy tree are used. The wood is used for cooking, providing an aromatic, slow smoke that flavors the food. The sweet and nutritious pods are used as a quick chewy snack, fodder for animals and processed into flour. The sap, bark, and leaves from the tree have medicinal value including antioxidant hepatoprotective, hemolytic, anticancer, antibacterial, antifungal, antidiabetic, and anti-inflammatory activities

Archeological evidence shows that the pods have been used as a food source as far back as 6,500 BCE in Mexico. These pods, depending on the species, are made up of 41% sugar, 35% fiber, and 22% protein. They contain lysine, potassium, manganese, and zinc as well. My mother-in-law said that chewing these regularly will help increase a mother’s milk production. She would know. She had 11 children. Then again, mesquite pods are high in dietary estrogen. Our dairy goats love them as well!

The pods can be dried or roasted, then ground into a flour. This flour could be used to make cakes that once dry would last long enough to provide essential nutrients during drought. The powdered pods can also be mixed with water to make a sweet drink called añapa or sometimes allowed to ferment into chicha.

Mesquite wood has been so aggressively harvested that it is now illegal to cut down live trees, not that those laws are strictly enforced. Although in some areas, most notably in San Luis Potosi, cutting a mesquite tree that has three branches that form a cross is considered sacrilegious.

To treat an irritated stomach, a weak tea can be made from 50 grams of mesquite bark per liter of water. The bark should only be allowed to steep a few minutes before straining. If the tea was meant to treat dysentery, the dose is doubled. The tea coats the stomach and reduces inflammation.

The sap has traditionally been used topically for lip sores and hemorrhoids. To make treat irritated or infected eyes, the sap is added to distilled water, sealed and shaken. When the gum dissolves, it is used as an eyewash. An infusion of mesquite leaves can also be used to make an eyewash.

Apparently, mesquite sap is used in a treatment for baldness in some areas of Mexico as well. Two types of mesquite grow in our area. The pod on the left is unripe. When it ripens, it is a cream and red mottled color. It’s sweet and chewy. The pod on the left is called vina locally and is a favorite of our goats, especially after a brush fire toasts them to a crisp.