Alcohol and Mexico–like oil and water

The first alcoholic beverages in Mexico were created from the agave plant which is the source of tequila, mezcal, raicilla, bacanora, comiteco, curado, Licor de henequén, and pulque.

The story goes that the creation of the maguey (agave) plant was the result of the ill-fated love between Mayahuel, a goddess of fertility and Quetzalcóatl.  Mayahuel’s busybody abuelita (grandmother) sought to separate the lovers so Mayahuel and Quetzalcóatl transformed themselves into a single tree with two branches. Granny sliced Mayahuel’s branch into many small pieces which Quetzalcóatl buried, weeping copious tears.  From Mayahuel’s remains, the maguey plant was born. When the plant matures, the sweep sap (aguamiel) that seeps from the center is said to be the remnants of the tears shed by Quetzalcóatl.

Unfermented aguamiel known as octli was given to the elderly, sick and women after childbirth and used as a ceremonial drink for the entire family including babies and children on certain occasions. The fermented aguamiel (octli poliuhqui) was used to treat depression and given to dull the pain before ceremonial sacrifices. The recipe for the alcoholic octli poliuhqui (now known as pulque) was given to humans by Patécatl who was married to Mayahuel.

Patécatl and Mayahuel had 400 children known as the Los Centzon Totochtin. These 400 minor deities de los borrachos (drunks) were associated with dreams and awakening, confusion and lucidity, and death. Their birth gave Mayahuel a holy duality. Not only was she a goddess of fertility and the earth with multiple breasts to nourish her many children, but also with the creation of pulque and her love for Quetzalcóatl, she became associated with drunkenness and adultery. Her influence was so great that one day of every month was devoted to her and children born on that day were destined to become drunks or commit adultery (probably while drunk).

Understanding the strength of the fermented aguamiel, excessive drinking was prohibited. In fact, public drunkenness was punishable by death unless you were over the age of 70. 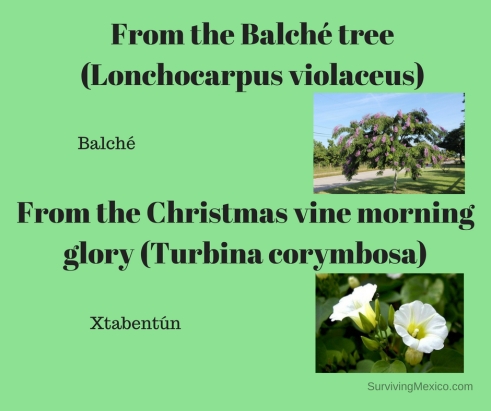 Not content with the local inebriants, Spanish conquerors imported plants from their native land and found that the climate and soil composition were an ideal environment to grow grapes.

Several areas were already known for their cultivation and fermentation of wild grades. The Mexicas called alcohol made from wild grapes acacholli. The Purépechas referred to it as seruráni. The Otomíes used the term obxi and to the Tarahumaras it was known asúri. 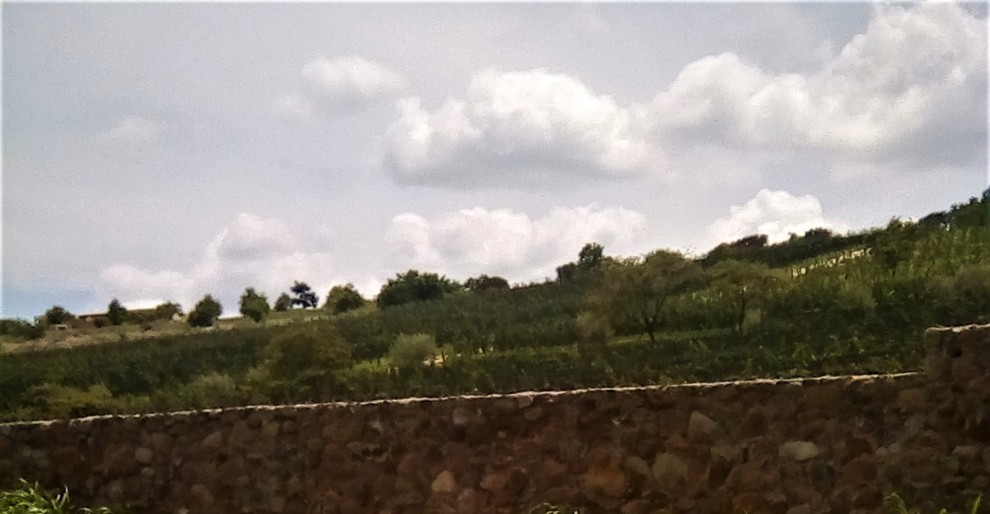 After the Spanish conquest, Hernán Cortés had seeds brought from Cuba from plants originally brought from Spain for wine production in Mexico. In 1524, he decreed that Spanish settlers should plant 1000 grape vines for every 100 native servants owned. The first vineyards were established in Huejotzingo and around the conquered Mexico City. This hybrid plant was known as xocomecatl in náhuatl and the resulting alcoholic beverage was known as tlapaloctli.

In 1531 the Spanish king Carlos V ordered that emmigrants destined for Mexico settlement take grape vines and olives for cultivation. Converting the indigenous took a back burner to wine production in Metztitlán. The Augustine monks of the area managed to create enough wine to meet local consumption needs and export to Mexico City, which they sent by the wagonload. Not to be outdone, the Jesuit monks in Baja California cultivated grape plants to provide for the thirst of the California missions up and down the coast beginning with San Diego de Alcalá

Thus, vineyards became a profitable enterprise in Mexico post-conquest. This wine producing prosperity continued unchecked until 1595 when King Felipe II prohibited the planting of new vines in the country because the wines being produced in Mexico were of superior quality to wines being produced in Spain which made the Spanish wine producers unhappy.

Even Miguel Hidalgo practiced vitivinicultura in what is now known as Dolores Hidalgo, Guanajuato. Unfortunately, Virrey Francisco Xavier Venegas destroyed his vineyard in retaliation for Hidalgo’s treasonous acts against the Spanish crown during the War for Independence.

Before the conquest, a variety of beers were produced from fermented corn including Pox, Tejuino, Tepache, tesgüino, and pozol. The first barley based cervecería (brewery) was set up near Mexico City by Alfonso de Herrero in 1543 or 1544. Dark beers became popular under the rule of Maximilian I from Austria. Beer consumption has continued to grow in Mexico. As of 2010, the Mexican average annual beer consumption is 60 liters per adult.

Each weekend, approximately 30 million Mexicans consume more than 5 drinks per day while another 10 million Mexicans have at least one alcoholic drink daily with about 5 million Mexicans developing a strong alcohol dependence. Regular alcohol consumption begins in early adolescence. One study found that 61.4% of 12-17-year-olds are regular drinkers. In another study, over 1/3 of 12-year-olds in Mexico City admitted to drinking. By age 17, 82.5% have used alcohol. Another study found that Mexican adolescents who drink regularly have more positive beliefs about consumption than those who don’t drink. In part, this is because drinking alcohol during this key period of development of the brain causes permanent alteration of the brain. 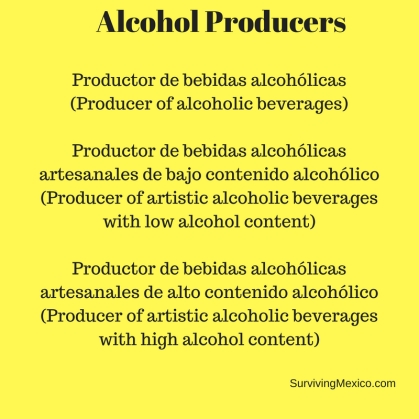 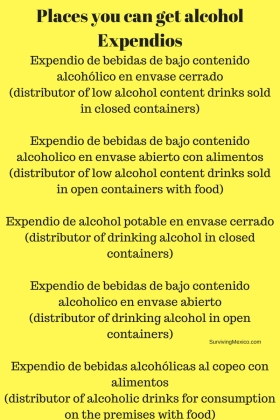 Drinking is common at most social or religious events in Mexico including weddings, quinceaneras, and christenings. Although this is a culturally acceptable activity, alcohol dependence grows over time. Ten years after beginning regular alcohol use the number of beers consumed per event typically goes from 4 to 6 to 20-24 beers. Because of this social association with events and heavy alcohol ingestion, binge drinking, infrequent drinking with sporadic heavy drinking, is the most common drinking pattern in Mexico.

So why is this a problem?

Compared to other countries, Mexico has the youngest people with alcoholic cirrhosis in the world with an average age of 23 to 30 years. In part, this is due to the unique set of genes found in the general Mexican population. 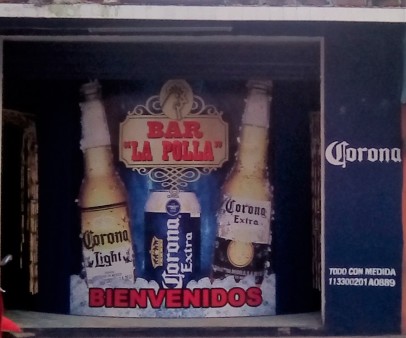 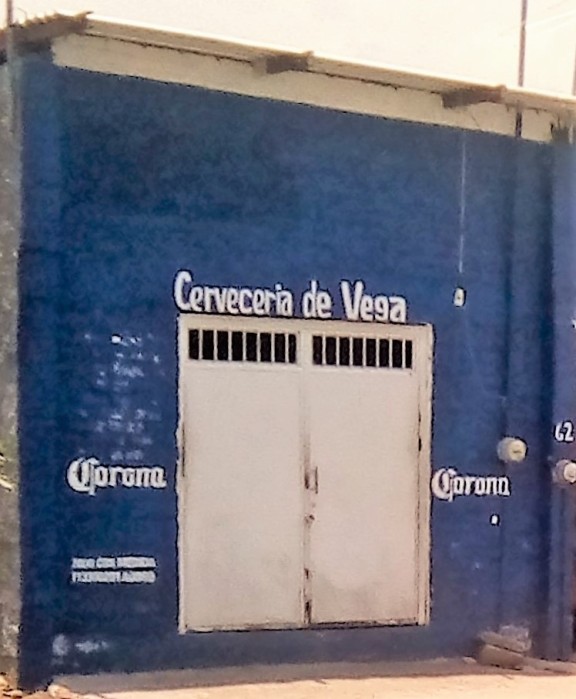 Even after a diagnosis of alcoholic cirrhosis, alcoholics continue to drink themselves to death. 40%-60% of the risk for developing chronic alcoholism is also genetic which is the number one cause of cirrhosis in Mexican males and the fourth-leading cause of death in Mexico.

Not only does excessive alcohol consumption cause life-threatening medical problems for the drinker but there is a high correlation between acts of violence and alcohol use, not that anyone is surprised by that finding. The WHO has reported that in Mexico alcohol plays a part in 51% of injuries resulting from violence and 78% of paralysis and death incidents.  These injuries, paralysis, and death are not always confined to the person drinking. Domestic abuse, rape, and femicide come to mind.

So can those struggling with alcoholism get help?

The Mexican government recognized the growing issue of alcohol dependence among teenagers and young adults in 2000 and introduced NOM 028-SSA-1999 which outlines preventative and treatment measures available. As with most government-sponsored programs, there are a lot of good intentions but very little follow through.

There are psychiatric hospitals (Clínicas) and rehab centers that deal with alcoholism, often at prices the average Mexican can’t afford. A variety of religious groups sponsor retiros (weekend retreats), sometimes free and sometimes at a set cost, as part of rehab programs.

Although with the cards stacked against the typical Mexican with their genetic predisposition for both cirrhosis and alcoholism, long-term recovery by any means is low. On the other hand, there have been promising results using the sage of the diviners’ plant (Salvia divinorum) from the Sierra Madre Oriental region of Oaxaca, Mexico as a treatment for addictions. Salvia effects the dopamine levels in the brain, specifically areas dealing with motivation and reward.  More study on its use and applications is needed, however.