A dismantling of sorts

Life is never stagnant. And while that is often a good thing, it also means that we must be amenable to change, even unwelcome change.

My husband had been complaining for 6 months or so about the cost and effort required to maintain our two horses, Joey and Shadow. He had opted not to plant anything this past year, and alfalfa was mighty expensive. He was especially irate about feeding Shadow, my son’s horse. I don’t know why as she didn’t eat any more than Joey, but we all knew that Joey was my husband’s consentido (favorite). He was constantly yammering at my son to contribute something towards Shadow’s feed. My son had no job. He’s 14 years old. He often took care of the horses when my husband was working or otherwise unavailable. There was no reason that he should have to pay for Shadow’s food in my opinion. It caused a decided rift in our home.

In the meantime, I sold Myrtle, which was registered in my name, without his explicit written permission, although I told him about the transaction. Then, my husband pulled out his trump card. The horses, Shadow and Joey, were both registered in his name since my son is a minor. He, therefore, could sell them without our permission. He started offering Shadow to various people he knew. On several occasions, someone would come by the house when he wasn’t home and I sent the prospective buyer away with a tick in his ear. 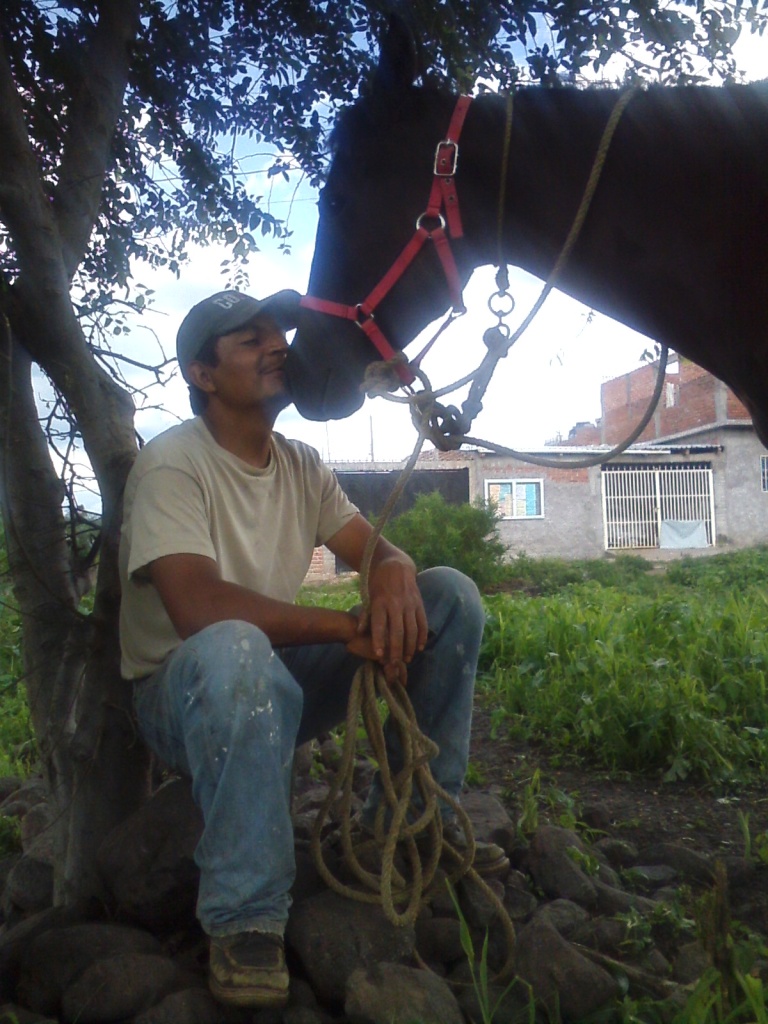 Then the day arrived when a serious buyer came and we were all present. My husband gave my son the final say in the matter. Tired of fighting about it, he agreed to sell Shadow. The deal was made. My husband kept 500 pesos for his commission and 500 more for the cow barn guy’s commission in making the deal but gave the rest to my son. He suggested that my son buy a motorcycle with the proceeds, but I vetoed that. No 14 year old needs a motorcycle. I took the money and hid it from the both of them. My son wanted to use some of it to buy school supplies, but I said I would pay for all of those. If there is something my son wants, and it is deemed worthy by mamush (me), he can spend the money. Otherwise, it’s to be saved for future needs.

Beauty and Shadow and proud Poppa!

That night I cried. We had known Shadow since she was born. She was a lovable, gentle mare. And now that chapter of our La Yacata adventure was done. 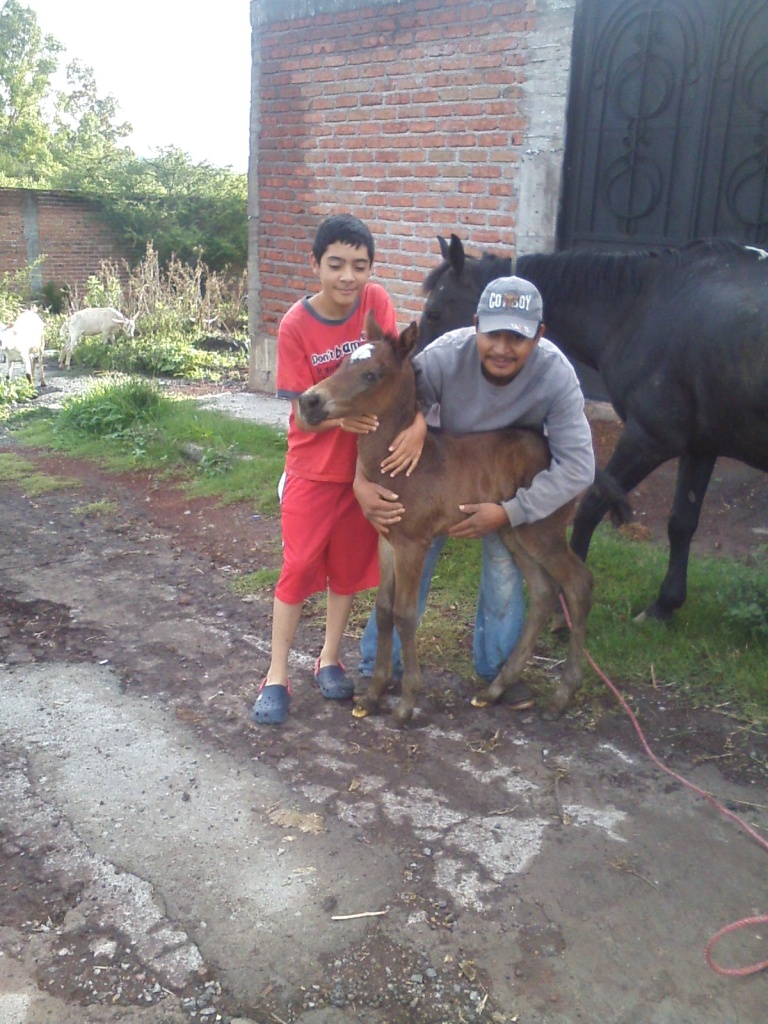 My husband also decided to sell Joey a few weeks later. I had no issues with that. Joey had always been more temperamental. My son and I had often fantasized his sale. Now the horses are gone.

My husband used the money from Joey’s sale on new tires for the truck. He redesigned Shadow’s stall to accommodate the goats. Joey’s stall, with its new roof, will eventually be a new chicken coop. At the moment it is being used to store construction material for a job he has building a house in La Yacata.

4 responses to “A dismantling of sorts”