Banking has been one of my least favorite activities. That hasn’t changed since moving to Mexico. In fact, I believe I enjoy it even less. All the banks in Moroleon are within a two-block area smack dab in the center of town. Seriously. There is a Bancomer now at the shopping center, but that’s technically in Uriangato, so it doesn’t count. 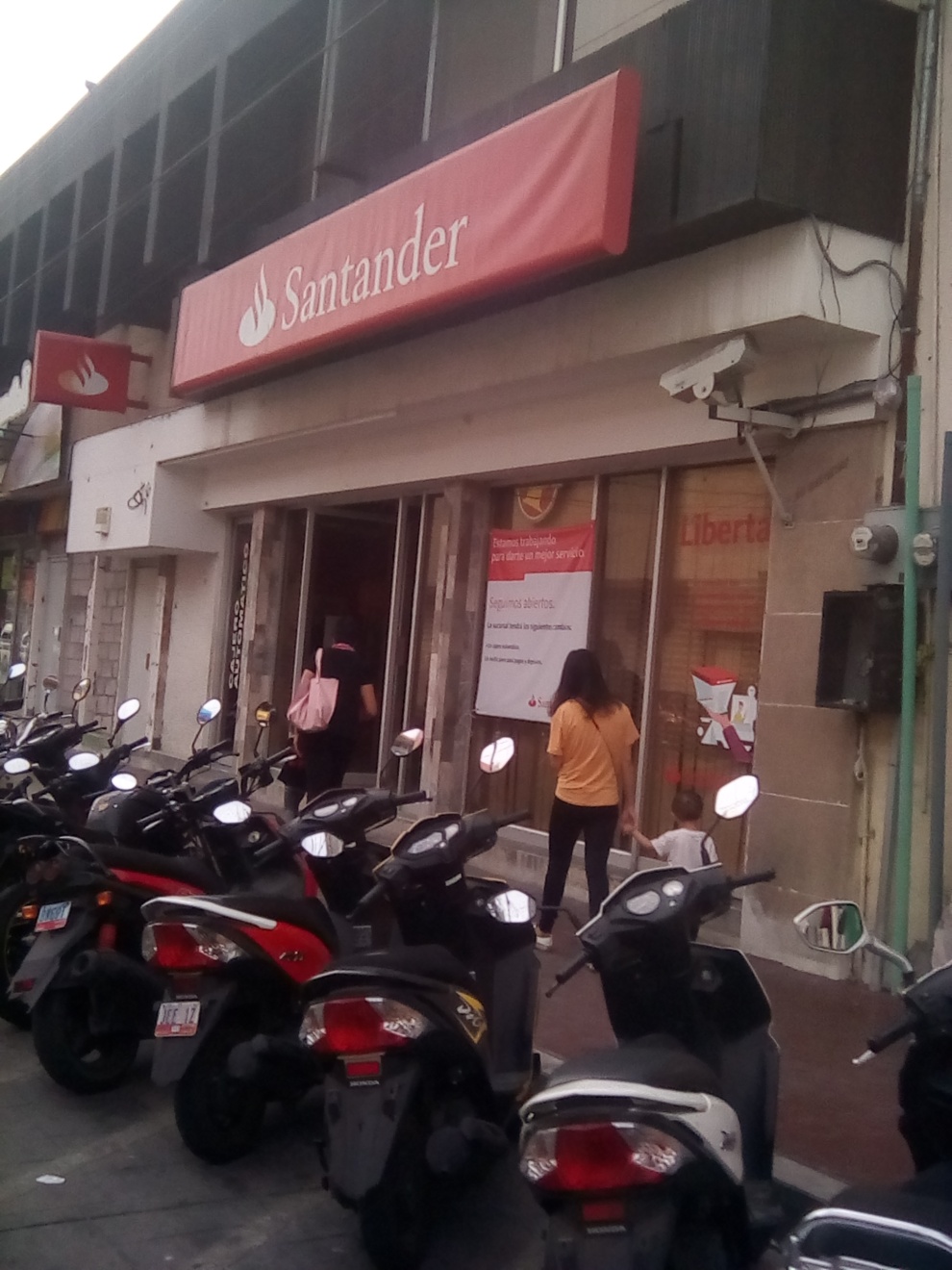 At many banks, you can open an account provided you are residing in Mexico legally (and can prove that with proper documentation) and have a proof of address like internet, electric, water, or cable bill called a comprobante de domicilio. If you rent or live in an area where are are no utilities, it’s much, much more difficult to open an account but not impossible. Since La Yacata has no such modernizations, my employer at the school opened an account for me to receive my paychecks using the school address and her own good name to vouch for me. However, since she is the daughter of the owner of Corona, she’s got a bit of clout at the bank that the average person might not have.

Opening an account isn’t easy. There’s a lot of waiting and signing and more waiting and signing. Then there’s going out to get copies because one set is just not enough. Of course, it’s just your luck that the printer has just run out of ink, so you’ll have to wait while someone heads to the store to get more ink. Or perhaps the person needed to verify your information is out sick today, so you’ll have to come back tomorrow. Read about Dos Tortas banking experience here. 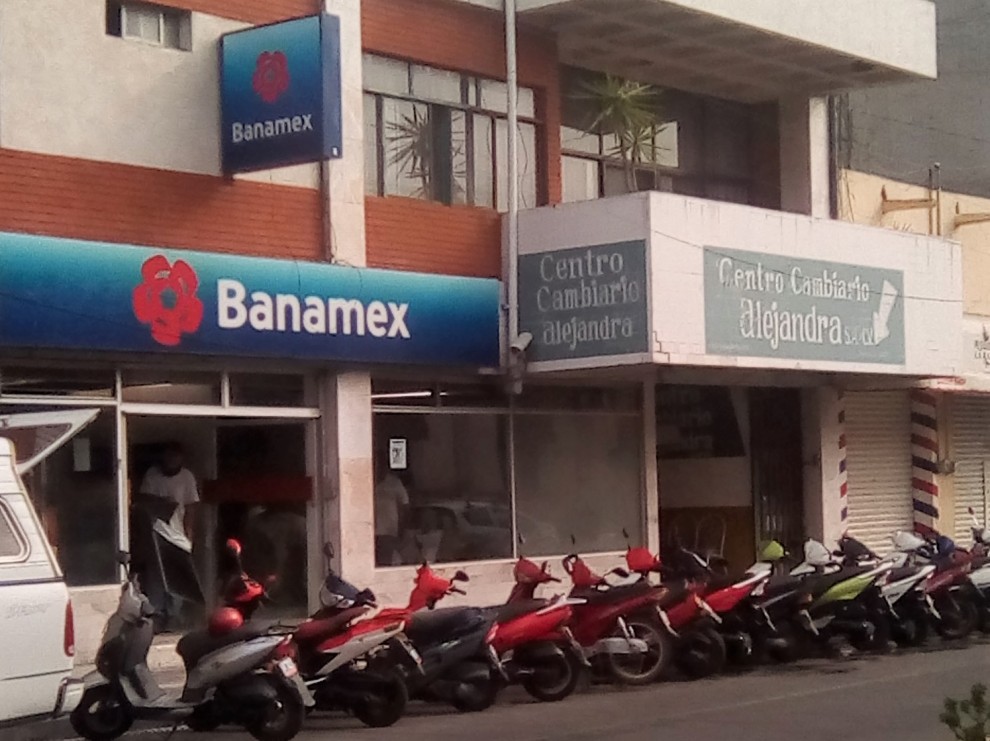 Make sure to read the fine print before opening your account. Some banks have minimal initial deposits or none at all. Others charge a hefty fee each month if you drop below the minimum amount required. Some banks only allow you 3 withdrawals per month before charging fees. Others charge for every withdrawal.

Banco Azteca requires you to have your fingerprint digitally read to withdraw money from your account. This was always a problem for my husband because he has calluses on his fingers from work and the digital reader could never read his fingerprint. So the whole taking out of money from the bank teller process was much longer than it needed to be.

You can find a list of all banks found in Mexico here.

Bank lines are out of this world on the 15th and 30th of every month, when the majority of Mexicans receive their pay. It may be tempting to use the ATM but there are some things to keep in mind before you do.

Always use ATMs that are part of a bank rather than stand-alone ATMs to reduce the chance of your card being cloned. Even then, there’s a possibility your information can be compromised.

All banks charge fees when you use the ATM.  If you request a receipt from the ATM, there’s another charge associated with that. Some banks charge even if you are just checking your balance and you don’t request a receipt. As of 2017, the highest ATM fees belonged to Santander, Banorte, Banamex, Banco Multiva and Scotiabank. To reduce fees, try to take out larger sums. However, each bank has its own withdrawal limit and some are quite low in order to force you to pay the withdrawal charge several times. As you muddle your way through the screens on the ATM, be careful to read each section before hitting accept. In order to withdraw money, you need to accept the charge but you are under no obligation to donate to the charity of the month to get access to the money in your account.

We’ve had accounts at Banamex, Bancomer, and Banco Azteca and were not really happy with any of them. The next best thing for a foreigner to do is open a virtual account.

Charles Schwab Bank and Capital One 360 both have very good reviews. I opened an account with Capital One 360 and have been quite pleased. I was able to apply online from Mexico. Then I was able to go through the verification interview using Skype. I had my card sent to my friend’s house in the US who then shipped it via DHL to me here in Mexico. The only problem I had initially was the $20 deposit to activate my account. I could not deposit it via my computer from Mexico, so had my mom write me a check and deposit it via my sister’s computer in the US. It took about 2 weeks for the check to clear. So if you were in the mind to set up a Capital One 360 account, it might be easier to do it before you leave the US.

I was able to associate my Capital One 360 account with my Paypal via a phone call. I can send and receive money with no additional charges to accounts in the US via Zelle. I can have checks direct deposited to my account and withdraw it from any ATM here in Mexico. Right now I have been using the HSBC ATM because it only charges about $33 pesos per transaction. The last time I tried Bancomer, the fee was $80 pesos!

I can use my Capital One 360 account to make purchases at Amazon.com and Amazon.com.mx. Online shopping has never been so easy!

I only use my card at Amazon. I NEVER use my card to buy things in Mexico. We had very negative experiences with our Banco Azteca card. We used it to buy groceries at Soriana and there were several large unexplained purchases made before we caught it. We got a different card and used it to buy gas. Lots more charges were made and we again canceled the card. Even after we had no card, there were charges made to the account at Elektra which we refused to pay. As a result, all our local transactions are cash on the barrel as Charles Ingalls would say.

I’ve never written a check here in Mexico either. People here are suspicious of checks and with good reason. Once, I received a tax refund which was a check. Instead of going to the bank to cash it, I endorsed it over to my husband who took it to a liquor store that changed it for cash for a small fee. I think it was $50 pesos or so. He took the check, my passport, and his ID and voila! Trato hecho!

If you happen to have some US currency, you can take it to the bank to exchange it for pesos or to a Casa de Cambio. You might just get a better exchange rate at the Casa de Cambio, so ask around first. It seems like banks are not required to give you up to the moment exchange rates. Neither the banks nor the Casas de Cambio accepts coins in our area, only bills. If you find you have a lot of change, you might want to find someone that is visiting relatives here in Mexico and ask if you can swap your change for some bills.

If you are looking to remodel your house, start a small business, or need a small infusion of moolah, you might want to check out places like the Financiera Popular En Comunidad for microloans with affordable repayments.  Each agency has its own list of requisitos (requirements) but often gives better rates than a bank.

So there you have it, my two cents on banking in Mexico.

Tagged as bank experiences in mexico, banking in mexico, capital one 360, what are the requirements to open a banking account in mexico, which bank to use in mexico

2 responses to “Banking in Mexico”