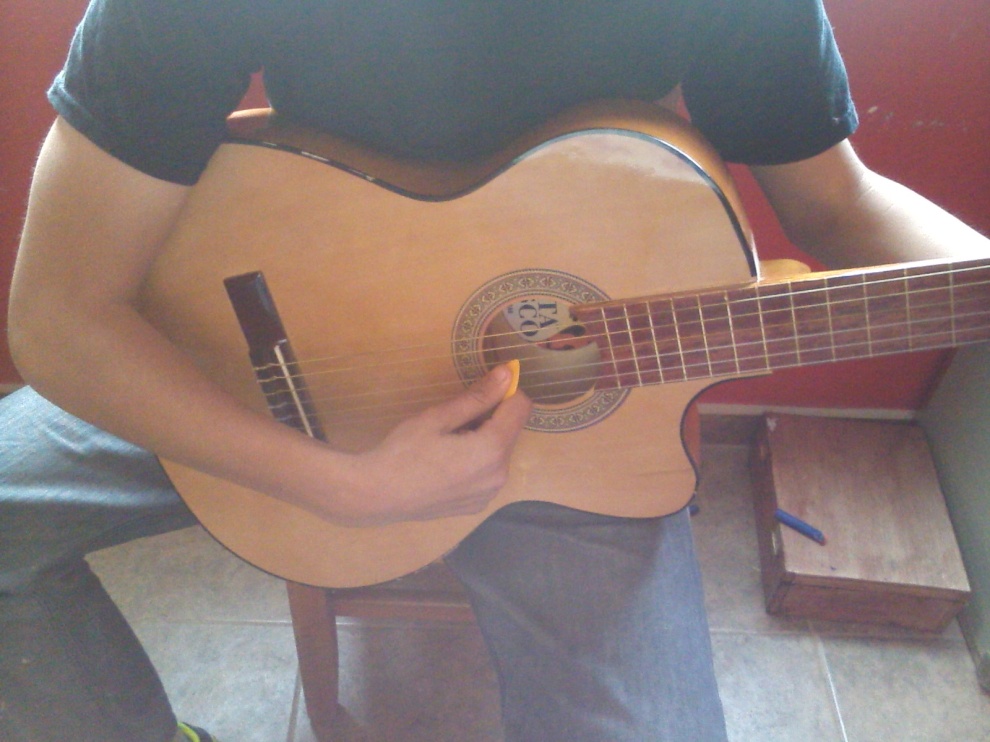 My son got a bee in his bonnet in December about wanting a guitar. Finances have been less than stellar these days, but I promised we’d look into it. We found some mass produced guitars, but I didn’t think he’d be happy with that. I knew there were a few music shops around town and the odds are, we’d find one there, however, we ended up finding one where we least expected it, in a pawn shop. There were actually several to choose from. I had my son handle each one and strum the cords a bit to see if one felt right, kinda like Harry Potter choosing a wand.

The instrument that sounded the best to my ear was this handmade armadillo shell guitar. Well, I don’t know if it actually could be called a guitar. It was a stringed instrument to be sure. It had an honest to goodness armadillo shell and copper wires. It’s called a charango and believe it or not, quite a popular mariachi instrument even though it is most known in music from further south, Bolivia, Peru, and Argentina.My son refused it. He couldn’t see girls flocking around an armadillo player, you see. It gave us a good chuckle, though.

He did find one that he liked and that was that. Now comes the hard part, learning to play. We have a Learn How to Play the Guitar video Learn How To Play Guitar so that was the logical place to start. It was a complete failure. Maybe some can learn an instrument through video instruction, but it just wasn’t happening for my son.

The next logical action was to find a qualified teacher. The music teacher that teaches with me at the elementary school has his own music school, so I approached him first. He said he would be happy to teach my son, however, we ran into a scheduling problem. He taught evenings and weekends during the same hours that I have my private English classes. There wasn’t any way I could run my son to his school and get to my classes on time. Darn it! 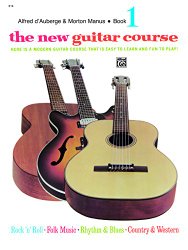 I wasn’t giving up so easily. I did find an old guitar book (The New Guitar Course, Bk 1: Here Is a Modern Guitar Course That Is Easy to Learn and Fun to Play!) among my piano books that showed him the basic finger positions, but he really needed a teacher. I could teach him how to read the music, but not how to play the guitar. Piano is my instrument.

“If possible, let the children learn from the first under artists, lovers of their work: it is a serious mistake to let the child lay the foundation of whatever he may do in the future under ill-qualified mechanical teachers, who kindle in him none of the enthusiasm which is the life of art” (Vol. 1, p. 314).–Charlotte Mason

Every day on the way to work, I pass this cute little shop with a piano keyboard painted on the sidewalk in front. That’s where I tried next. The teacher was an elderly chap, a retired (or not so retired) musician.  Anyone with that sort of imagination for just the outside decoration was bound to be a true musical artist! 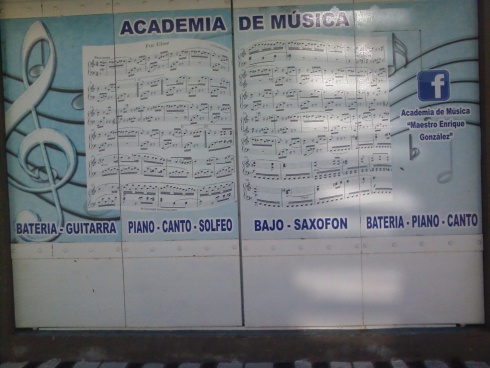 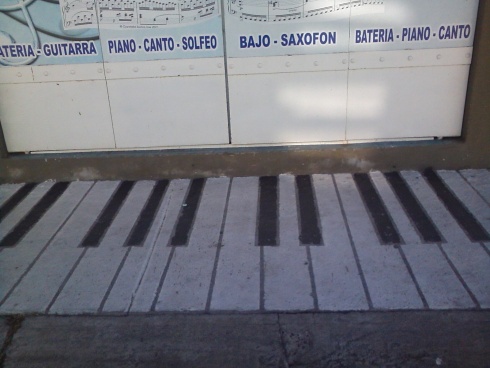 The registration was high–$400 pesos. Class prices were high–$100 pesos per hour. The book price was high –another $100 pesos. But I went ahead and confirmed my son’s attendance the following Saturday at 10 am.  It was close enough that he could walk from the school I work at so I wouldn’t miss any of my own classes.

Of course, then we had to get a carrying case and pick. I bought a soft carrying case at the mass produced guitar store for $200 pesos. It’d be just the thing to sling over his back on our moto trip to town. I didn’t find any picks though. The teacher also asked that he come with his pencil case, including scissors and glue, a lined notebook and a music notebook. That was no problem gathering together.

My son came back from his first music class over the moon. He said the teacher told him he was a visual learner (no surprise there) and that he had learned more in one class than most students learn in 2 weeks of classes. He said the teacher shook his hand and was impressed with the quality and design of the guitar that my son had picked, saying that it was the perfect size for the length of his fingers.  (My son has incredibly long fingers.) The teacher had him download n-Track Tuner Pro to his phone so he could tune his guitar.

There was no chiding him to practice either. He went over what he had learned and tuned his guitar every day. He started playing around and picked out a few simple tunes. Money worth spent I think in this case. The second class was just as good, about musical theory and the like. The teacher said that he would be ready to start the book the following week, something that usually took a month of lessons.

I told my son that he could go as long as he liked with the music lessons and quit any time after the 3 month period that I estimated would compensate for the $400 pesos inscription fee.  I don’t think it will be a problem after all!  He loves his classes, comes right in and shows me what he learned as soon as he gets back.

My husband has visions of putting my son on the street corner with a hat to earn a little income on the side. In a pinch, I think he’d be able to earn some tortilla money at least. He would probably earn more with the armadillo guitar, but hey, who can say!

Have a Charlotte Mason themed blog post?  Link up here! 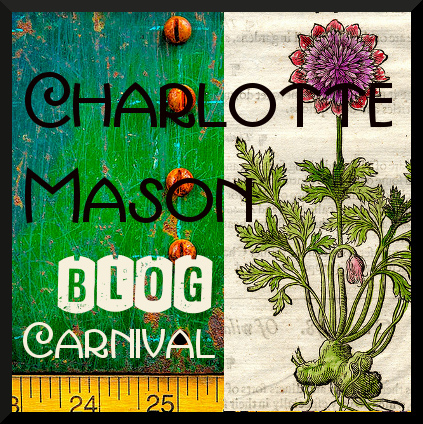