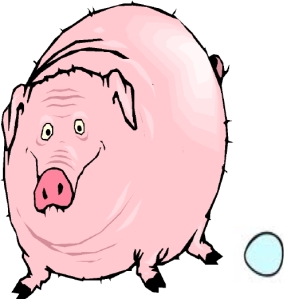 My concept of teaching language has evolved over time from teaching vocabulary, structure and spelling, to teaching communication, which includes teaching these but goes beyond them by making sense of the language. That may sound elementary, but I assure you, communicating in a language other than your own, can be fraught with unimagined communication perils.

My experiences with language (in both teaching and learning) have mostly been with the American English language and with the Mexican Spanish language. These languages are full of strange usage and even stranger vocabulary that come from hybrid (as compared to standard) language development. Both languages owe much to varied and multiple indigenous roots and have evolved with exposure to other foreign languages. Because of this, translating between the two can be difficult.

Much of how I now teach English, comes as a result of how I have learned Spanish, with a communicative rather than grammatical approach. In my classes of beginning level English, we start with small lists of related vocabulary that can be easily illustrated by TPR or graphics and are particularly relevant to the student. The use of songs and stories help reduce the fear of using a language even for adults.

Charlotte Mason touches on language instruction when she writes “Young children find little difficulty in using French vocables, but at this stage the teacher should with the children’s help translate the little passage which is to be narrated, them re-read it in French and require the children to narrate it. This they do after a time surprisingly well, and the act of narrating gives them some command of French phrases as far as they go, much more so than if they learnt the little passage off by heart.”

It is important to clarify that this “translation” process is not a direct translation from one language to another, but more of a bridging activity, helping the students make sense of the ideas, not just the words and structure.

To illustrate this, take for example this common Mexican phrase “Fijate si puso la puerca.” Literally translated the phrase reads “Go and see if the pig put.” which doesn’t make sense. However, if it is explained that the verb poner can be used to refer to laying eggs, we can now translate the phrase as “Go and see if the sow laid eggs.” But there is obviously still some problem with this literal translation since pigs don’t lay eggs. It is not until it is explained that this phrase is used when someone is bothering you and in meaning is more along the lines of the American English phrase “Go fly a kite!” that the phrase is correctly translated.

In one sense, I must disagree with Charlotte Mason when she writes“But a child cannot dream parts of speech, and any grown-up twaddle attempting to personify such abstractions offends a small person who with all his love of play and nonsense has a serious mind.” I have found it useful to personify some grammar points that are particularly difficult for Mexican speakers. For instance, with the auxiliary verbs “do, don’t, did, didn’t, does, doesn’t, can’t, can, etc.” in illustrating their grammatical use by saying that these are servants since they do the work of the main or master verb who then becomes so lazy it refuses to change (She goes home. She didn’t go home.) I have found that students make fewer errors in the use of the auxiliary verb and main verb and often hear them chanting under their breath, “servant does the work, so master doesn’t change.” It is much easier remember a story personified than a grammar rule and in fact, in American English with native speakers, we have all sorts of mnemonic devices to aid us with correct language usage. (i before e, except after c, or when two vowels go walking, the first one does the talking) There is no reason, therefore, to take the play out of language learning.