September arrived and it was time to renew our Seguro Popular policy. It comes up for reaffiliation every three years and since I have a doctor’s appointment scheduled in November plus all the lab work that goes with that, we needed to make sure our policy didn’t lapse. 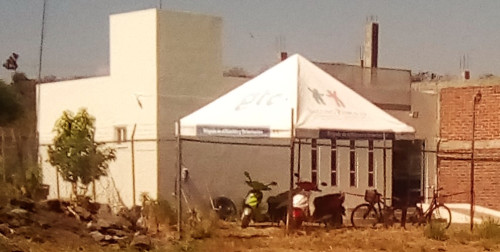 So first we headed to the Módulo de Afiliación y Orientación building. I was just the paper carrier. I let my husband do all the talking. First, he showed the guy at the desk our expiring policy. Then another guy came over to take a look at it. He said we needed a copy of identification and comprobante de domicilio (proof of residency).

When my husband explained we had no utilities at our house, he said we should go to the presidencia (town hall) and request a letter. We’ve tried that route and since we live outside of town, they won’t do it. Then I handed my husband the letter we have from Super Prez verifying that we live in La Yacata. We haven’t had to use it since the last time we applied for Seguro Popular. The letter was dated 2016. So we’d need a new letter.

My husband showed his driver’s license, but it was expired. Then he showed his motorcycle driver’s license, but that too expired in May (as did mine). So we’ll need to renew those as soon as we have the chance but that was a quest for another day. His IFE was still valid and even though his photo makes him look like a psychopath, it would do. Whew!

We went home and I typed up the letter we’d need from Super Prez, the president of the asociación de colonos de La Yacata. I don’t have any ink in my printer, so we headed to a Ciber (computer cafe). Everything was fine except it printed on two different pages. Since I had saved it as a PDF, the girl couldn’t alter it there. And I couldn’t remember my Google password to access Google Docs, so we went back home. I took out a space and saved it again.

Back to the Ciber and it printed out just fine. Our next task was to locate Super Prez to sign it. We were in luck! While he wasn’t in his office, his brother who runs the ferretería (hardware store) next to the office said he was at home. So we rounded the corner and rang the bell.

This worked out really well since he not only signed the letter, but we could bring him up to date on the goings-on in La Yacata. We were even able to brag a bit about our completed solar system.

With this letter in hand, we headed back to the Reaffiliation Office. My husband was given a number (10) even though there was NO ONE else there. Whatever. We sat down to wait. Eventually, he was called up to the desk. As the clerk was entering the information, the system flagged my husband as having an IMSS policy. Thus, in the computer anyway, it looked like we were double-dipping in the healthcare system. In order to proceed, he would need to present a letter from IMSS that stated he didn’t have a policy. 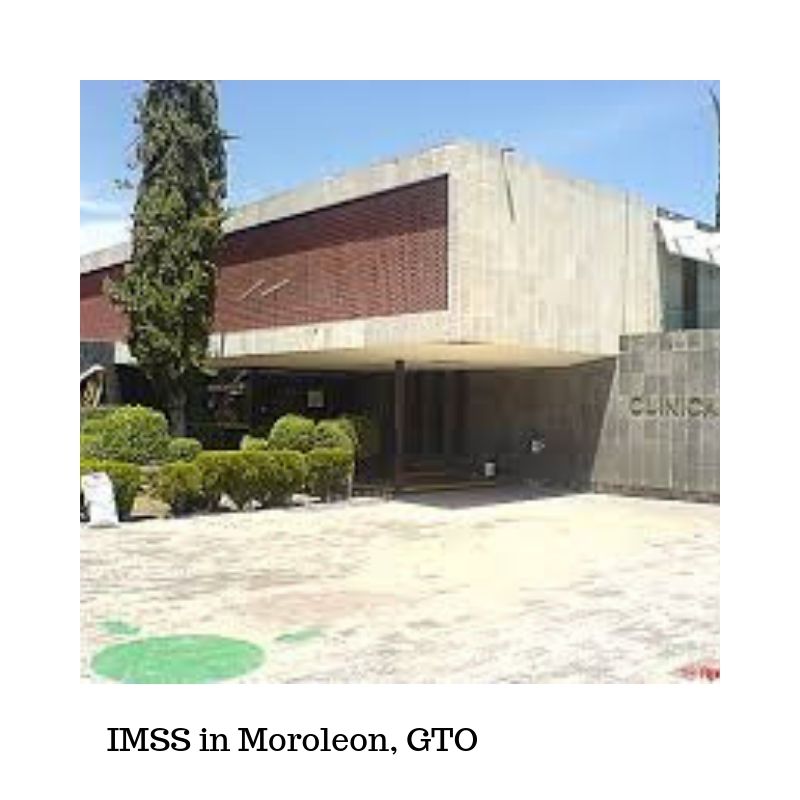 We headed to IMSS which was on the other end of town. Let me tell you, it was liking into the gates of heaven when compared to el Regional where I go for my appointments. There were no lines. The floor wasn’t broken. There was AIR CONDITIONING! And the nurses, staff, and doctors were just strolling around, not harried and frantic.

We were sent around the bend to an office where a nice young girl looked up my husband’s information. She said he DID have an IMSS policy in 2007. It turns out that the job he had then which lasted about 2 months, had turned in his paperwork for IMSS. If you remember, IMSS is healthcare for employed Mexicans. Of course, once the job was done, my husband was laid off, so we had no medical benefits since then, hence our application for Seguro Popular.

So this nice young woman gave me a list of requirements we would need to request the letter stating my husband didn’t have IMSS including a sample letter. Apparently, this sort of thing happens enough that they printed up this information to hand out.

We would need to bring back the original and copy of his birth certificate, CURP, IFE, comprobante de domicilio, and the signed letter entitled CONSTANCIA DE NO ASEGURADO. We headed home and I typed up the letter. It was too late in the day to continue our pursuit, so we would have to wait until morning. 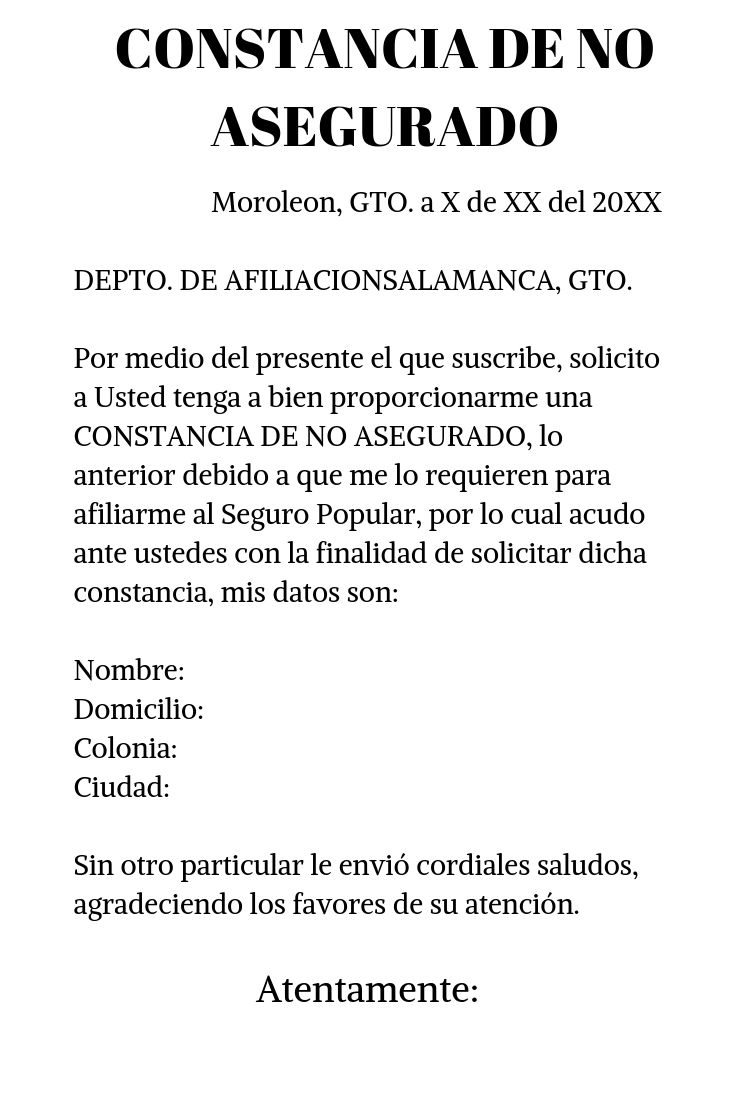 Bright and early the next morning, we headed to the Ciber for the print-out and copies required. Then back to IMSS. My husband asked if we would need a ficha (number). Nope. The nice young woman took the documents and printed out the letter we needed for Seguro Popular. My husband asked if there was a charge associated with this. Nope. We thanked the nice young lady and left.

Back to the Reaffiliation Office then. My husband was given a ficha (number) even though there was NO ONE there and we sat and waited. With all the documents in order, the application could proceed. The clerk asked my husband a few questions about his work, our house, our income. I remained silent even when my husband didn’t get my education information correct.

I primed my husband to ask about our son’s coverage since he will be turning 18 in May. He’s covered until then and as long as he is enrolled in school which can be proved by a constancia de estudios (a letter written by the school).

I was a little worried about that since his school is online until I remembered that there is a UVEG branch in town where we could go and ask about it. If he is still studying, he can remain on our Seguro Popular policy until he is 26. If he isn’t he may need to apply for his own policy, which I’m not sure he’d get approved for since he isn’t the head of a household. I guess we’ll cross that bridge when we come to it.

The clerk printed out the new policy sheet and we are hunky-dory for three years. Of course, the new president AMLO has been making sweeping changes in the national healthcare sector and they’ve been going along as swimmingly as the changes in gas distribution went in January. Medication shortages in states where the reforms have begun have created an unbelievable healthcare crisis. That means it’s hard to say what the future of Seguro Popular will be and how that will affect us personally.

Read more about negotiating the healthcare system in Mexico! 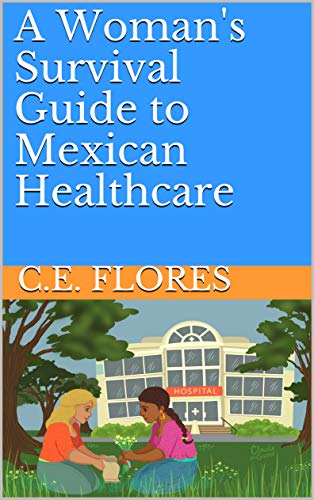 Tagged as how to renew your seguro popular, national healthcare in mexico, Seguro popular in Mexico