Did you know that a radical feminist Mexican woman poet is featured on the 200 pesos bill? So even though Frida’s gotten the boot (she and Diego have been replaced by Benito Juarez on the new 500 pesos bill), there is still some representation!

Juana Inés de Asbaje y Ramírez de Santillana was born on November 12, 1648, near Mexico City in San Miguel Nepantla which is now called Nepantla de Sor Juana Inés de la Cruz. Her mother,  Isabel Ramírez de Santillana de Cantillana, belonged to the Criolla section of the Mexican population. Her father was a Spanish Captain by the name of Pedro Manuel de Asbaje y Machuca. As she was illegitimate, her baptism lists her as ““hija de la Iglesia” (a daughter of the Church) rather than her father’s daughter.  She was the second of three daughters born to Pedro and Isabel. Her mother had three more children with Diego Ruiz Lozano later, whom she didn’t marry either.

Juana was raised on her grandfather’s hacienda in Amecameca which is pictured on the reverse of the 200 peso bill. She was somewhat of a prodigy if the accounts are to be believed. Educating females was strictly forbidden however somehow Juana was able to write in Latin by age three, do account by age five and composed a poem on the Eucharist at age eight.

Her astonishing accomplishments didn’t stop there. As a teenager, she was versed in Greek philosophy, teaching Latin to younger children and fluent enough in Nahuatl, which she learned from the slaves on the hacienda, to write poems in that language. 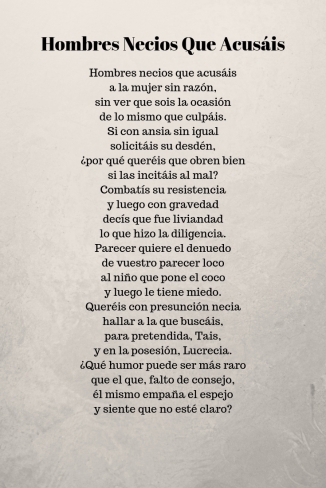 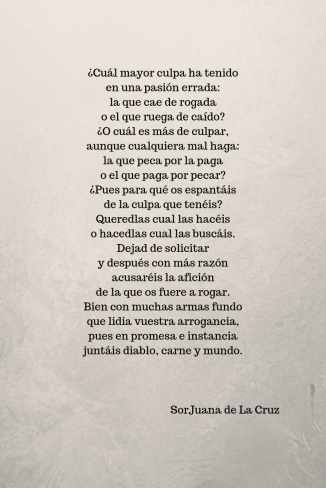 In her teens unable to attend the university because of her gender, she became a lady-in-waiting at the viceroy’s court. The Vicereine Leonor Carreto became her patroness. She declined several offers of marriage and instead entered the St. Joseph Monastery in 1667 as a postulant. She took her vows in 1669 at a different monastery, El Convento de San Jerónimo, because she desired “Vivir sola… no tener ocupación alguna obligatoria que embarazase la libertad de mi estudio, ni rumor de comunidad que impidiese el sosegado silencio de mis libros” (to have no fixed occupation which might curtail my freedom to study).

Although she was a favorite of the court and had several powerful patrons, she wasn’t beloved by all. One of these, the bishop of Puebla, Manuel Fernández de Santa Cruz, told her she should give up writing as it was not befitting for a woman. Her vehement defense of education for women earned her other enemies in the church.

For her scandalous words and activities (writing heresy in the form of promoting educational opportunities for women and other such nonsense), she was forced to do penance which included giving up her books, musical and scientific instruments.

Sor Juana contracted the plague during her ministrations to other nuns and died on April 17, 1695.

Mexico remains a misogynist country and yet Sor Juana has been honored, not only by being featured on the 200 pesos bill but also by having her name inscribed in gold on a wall at the congress building in 1995. Furthermore, numerous schools throughout Mexico have taken her name including the convent where she spent most of her life. 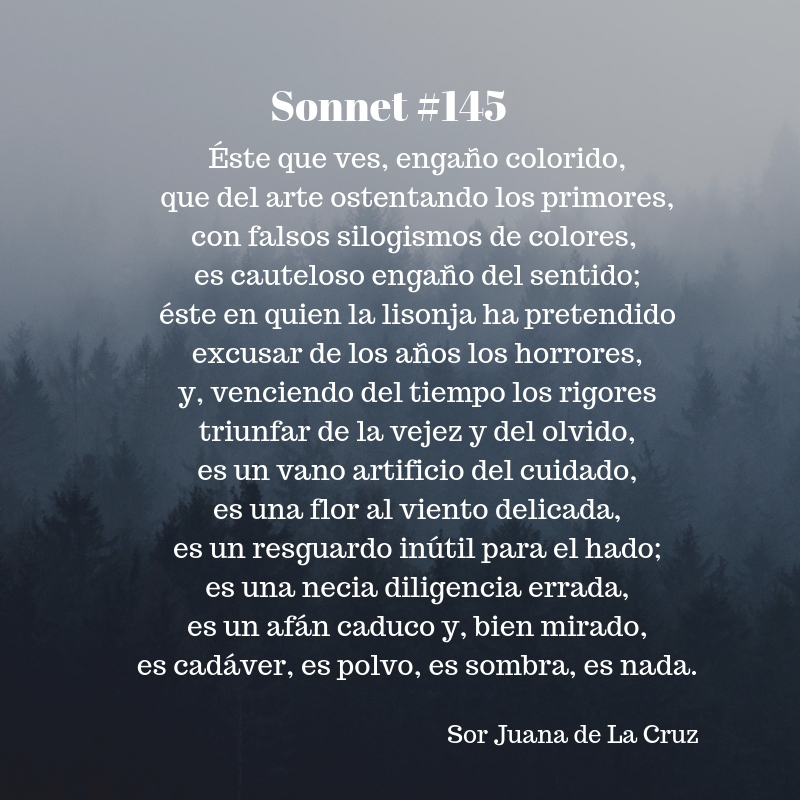 You have to admit, some of her poems are pretty intense. You can find several translations of Sonnet #145 here. You can also find an English translation of Hombre Necios (Foolish Men) here. I don’t think I’m up to the task myself. If you would like a more extensive selection of Sor Juana’s poetry, check out Sor Juana Inés de la Cruz: Selected Works. 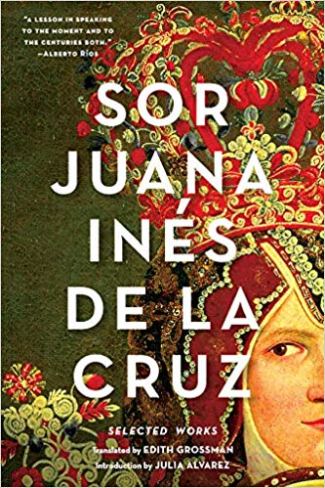 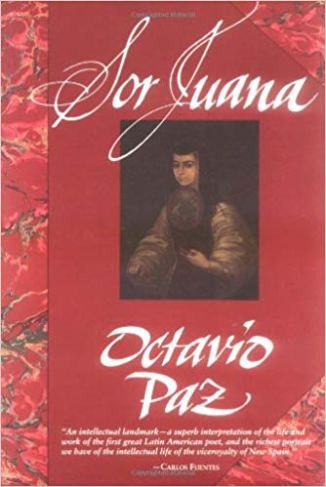 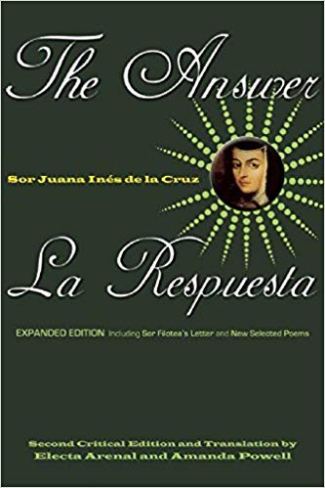 Two highly recommended books about Sor Juana as both product and prisoner of her time include  Sor Juana: Or, the Traps of Faith by Octavio Paz and The Answer/La Respuesta by Sor Juana Inés de la Cruz by Electa Arenal.

Filed under women in Mexican History