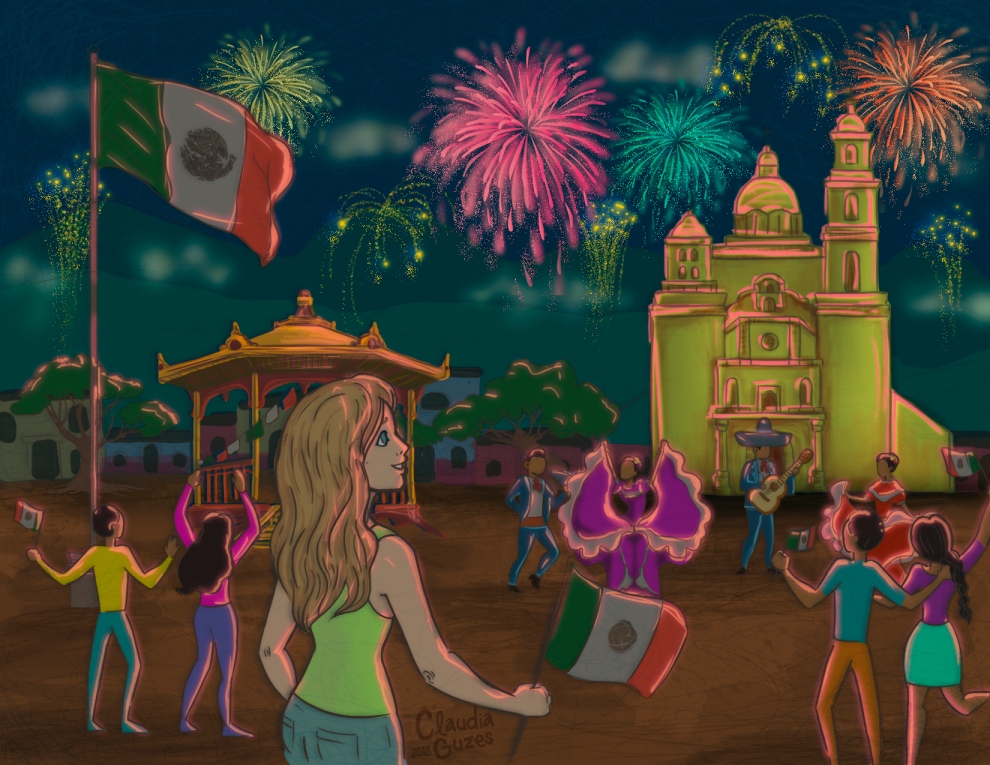 Although I’ve talked about the personal experience of one woman and her family during the Mexican Revolution, I haven’t really discussed the holiday itself with good reason. The Mexican Revolution (1910-1920) was a long, bloody, convoluted episode that even after almost 100 years still is confusing.

Here are the facts as best as I understand them.

Porfirio Diaz, a distinguished hero at the Batalla de Puebla in 1862, assumed control of the Mexican government and remained in control for 30 years as an elected dictator. Interested in only maintaining his power, he ruled in favor of the rich. While this period was responsible for the significant industrial advancement of Mexico, it came at a cost to the common people.

In 1910, Francisco Madero ran for president. Diaz had him arrested. Undeterred, Madero published the Plan de San Luis Potosí calling for revolution on November 20. In the northern part of the country, Pascual Orozco and Francisco (Pancho) Villa began raiding government garrisons. In the southern part of the country, Emiliano Zapata’s forces began attacks on the rural political heads of state.

In 1911, Diaz was forced to resign and Madero was named president. Unhappy with the new policies, Zapata and Orozco turned against Madero.

Villa, Alvaro Obregon and Venustiano Carranza combined their forces against Huerta. The Plan de Guadalupe demanded Huerta’s resignation. In 1914, Huerta was sent into exile and Carranza declared himself president. Another period of violence and unrest followed including the invasion of Veracruz by the U.S. Eulalio Gutierrez was elected president. This caused division in the ranks. Villa and Zapata supported Gutierrez while Obregon and Carranza opposed his presidency with the support of the U.S. government.

After Villa’s defeat in April 1915 in Celaya, he began attacking U.S. citizens in Mexico and along the border. By presidential order, General John J. Pershing was sent into Mexico in pursuit of Villa.

Carranza drafted the Constitution of 1917. Zapata was assassinated in 1919. A railroad strike in Sonora in 1920 further reduced any support Carranza still had and he was killed while trying to flee Mexico City in May. Adolfo de la Huerta was the interim president and Obregon was elected in November.

Violent civil unrest continued, including the Cristero War, until 1934 when Lazaro Cardenas assumed the presidency and enforced the constitution of 1917.  During this period, perhaps 2 million people died and nearly 200,000 refugees fled abroad, especially to the United States.

So a little something to think about as you watch the parade huh?