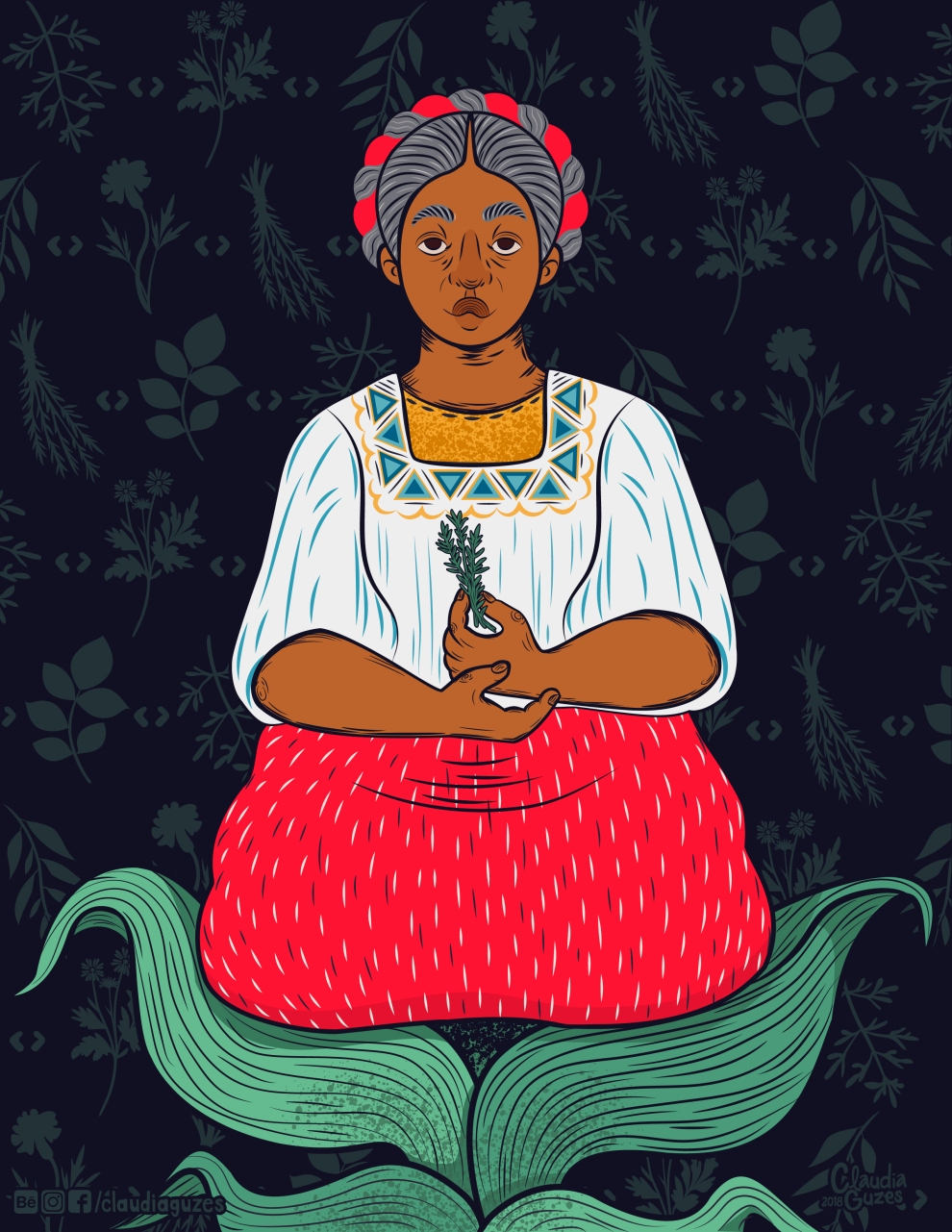 The indigenous people of Mexico believe that for every physical ailment there is both a physical and spiritual cure. Both must be treated for a full recovery. That belief is the primary reason that curanderos still exist in Mexico today.

The general term curandero (coming from the same root word as the English cure) can be used to refer to a variety of specialties, although these often overlap. The nature of the illness or condition determines which specialist should be consulted.

Hueseros are bone and muscle therapists who treat physical ailments. Sobadores are massagers. Either may be recommended for pregnancy complications such as breech positioning especially in areas where there are limited medical facilities.  My father-in-law had several sessions with a sobador after he was hit by a truck on his bicycle to help alleviate lower back pain.

Parteras are midwives and have long held positions of respect in the community. A partera is often a skilled sobadera, huesera and yerbera as well.

Oracionistas work primarily through the power of prayer. Don’t be surprised if the oracionista calls upon the assistance of certain saints or the Virgen de Guadalupe herself. The curandera that I met with was a devout Catholic.

Brujos are witches. They deal in spellwork, the casting or removing of curses. Brujería (witchcraft) has been determined to be illegal in Mexico since 2010 however brujas and brujos abound. In this category are the hechiceros (sorcerers) and santeros. In fact, so popular is witchcraft in Mexico that there are even tourist attractions and markets centered around brujería for those so inclined.

As with any profession, there are levels of competence and experience. It’s also good to keep in mind that some may be complete quacks. My father-in-law went to a curandero in town who told him that he had a parasitic growth in his stomach and that he would need to pay $30,000 pesos to have it removed otherwise he would die. He went to the clinic for confirmation before forking over that huge amount of cash. The lab results showed a stomach virus, nothing more.

Have you met with any alternative medical practitioners in Mexico?

One response to “Alternative Medical Practitioners in Mexico”