If you remember last year after persons unknown hoisted two of our goats and the neighbor’s sheep over the wall, we did some security upgrades. We raised the 6-foot wall to 9 feet and added some motion activated solar lights.  As part of our remodeling projects this year, we did some more.

First, we turned our front gate to the animal area into a more or less solid set of doors. My husband used laminas (corrugated roofing) from a neighbor’s discarded chicken house (or at least that’s what the neighbor called it. I’m not convinced his chickens ever considered it a worthy home). As that bit of lamina wasn’t enough to completely cover the door, he bought a few more segments and had the welder come and finish the job. 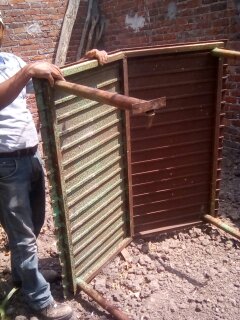 This is the chicken house thing. 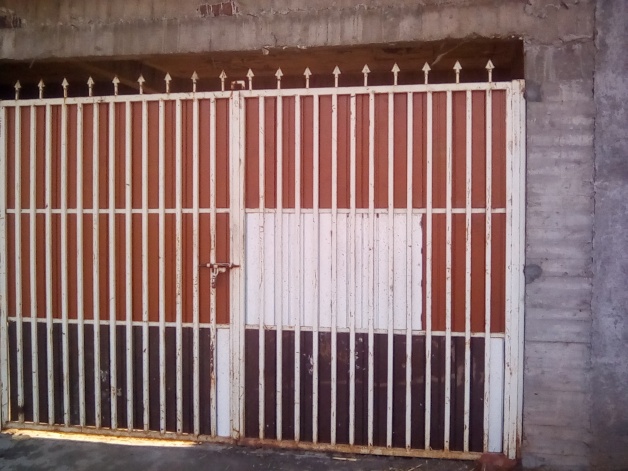 This is the covered door. It’s supposed to get painted soon.

Our greenhouse had two barred windows put in, preventing front entry to that area. However, we didn’t have enough moolah for the back barred windows which leaves a decided gap that a determined zombie neighbor could pull himself through and get in to wreck havoc with our plants. 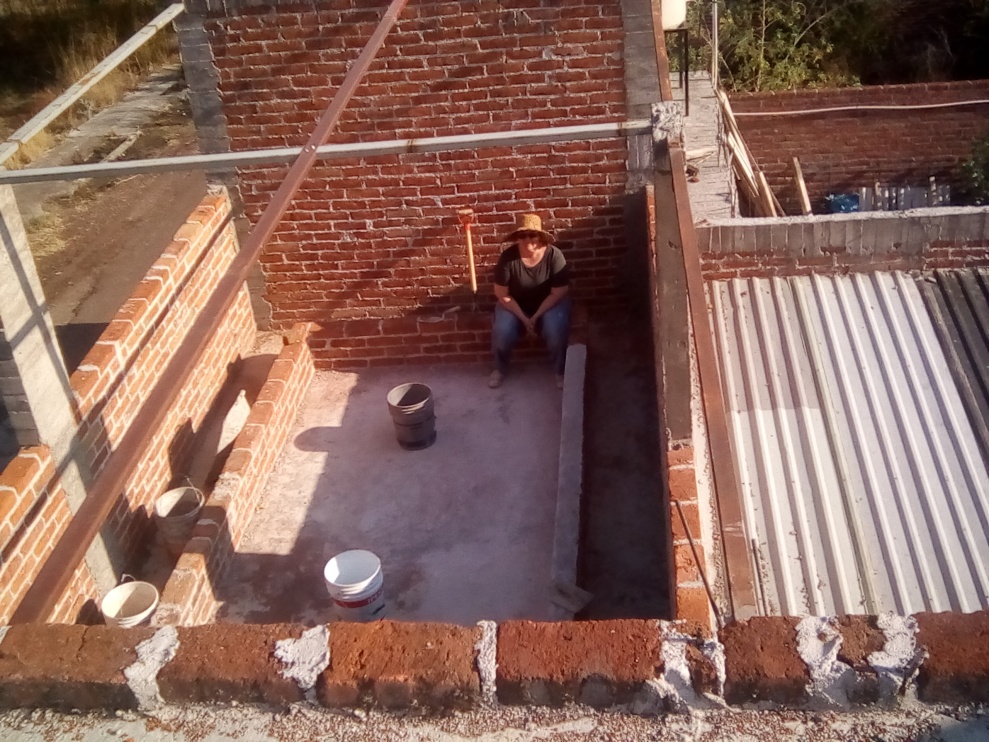 See that back right corner? That’s the neighbor’s roof. And yes, that’s me, looking like a frog on a log there! 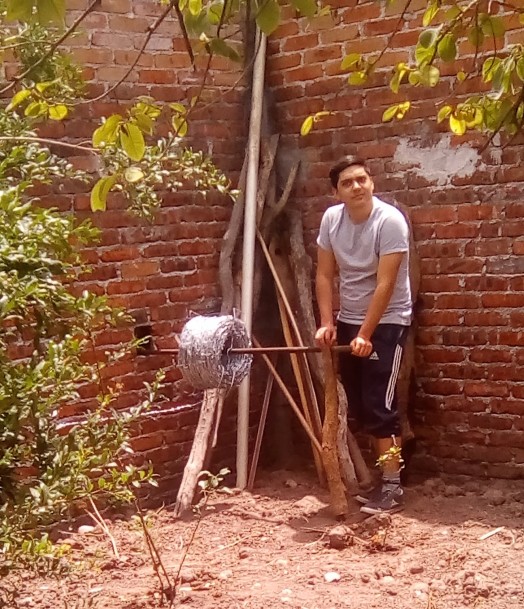 This was my son’s job. To “hold the roll” and make faces. 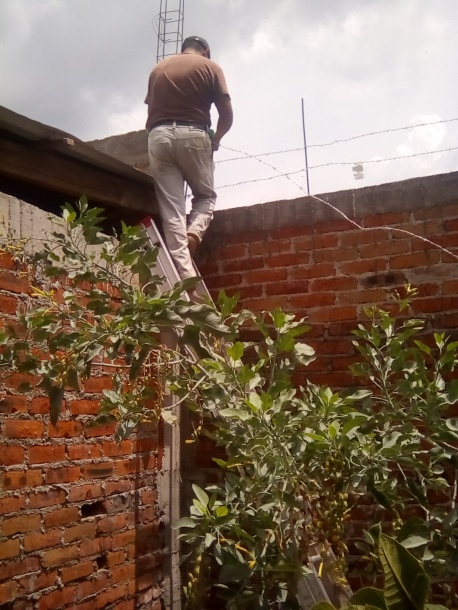 There it is–wire to keep zombies out!

Therefore, a roll of barbed wire was purchased in the meantime and strung from one end of the compound to the other. I’m not positive it will completely deter would-be intruders but it might slow them up a bit until we can afford those back two barred windows. 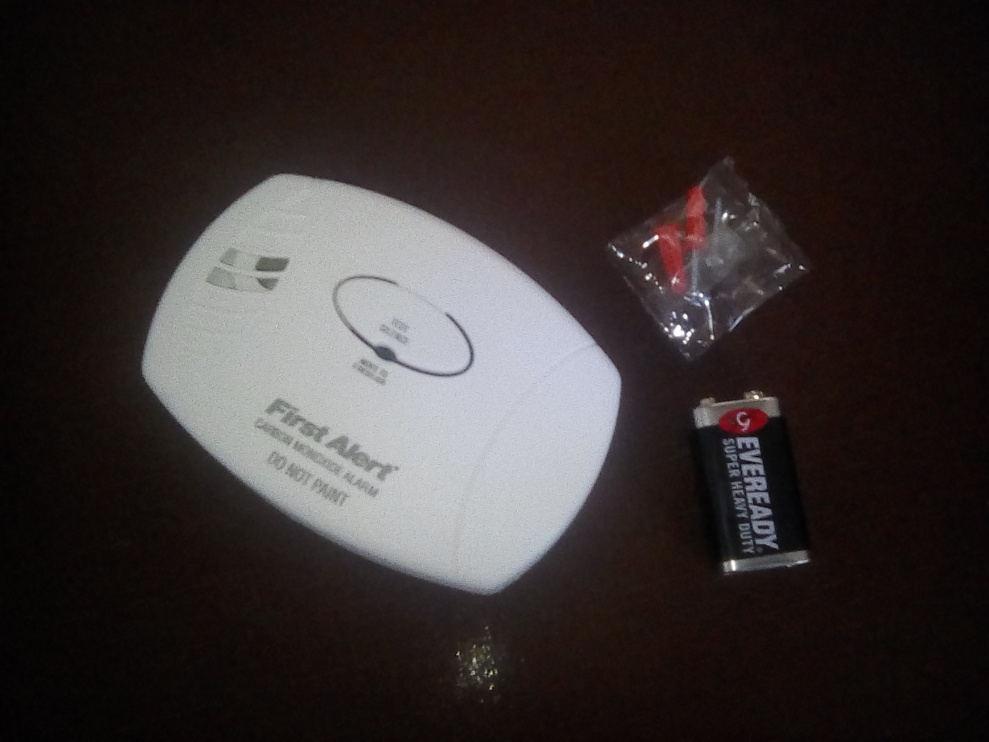 We also took some indoor precautions.  I finally went ahead and ordered the carbon dioxide detectors that have been in my virtual shopping cart for a few months.  In the news recently, there was a story about a family vacationing in Mexico who died from a leak in the hot water heater. This prompted my actual purchase. Since they came in a pack of three, one went upstairs, one next to my son’s room and the third is on standby or if we need to make the storage room a bedroom again.  I know they work because the other day my husband was fiddling with the truck and the exhaust fumes set it off. It’s a horrible high pitch beeping! 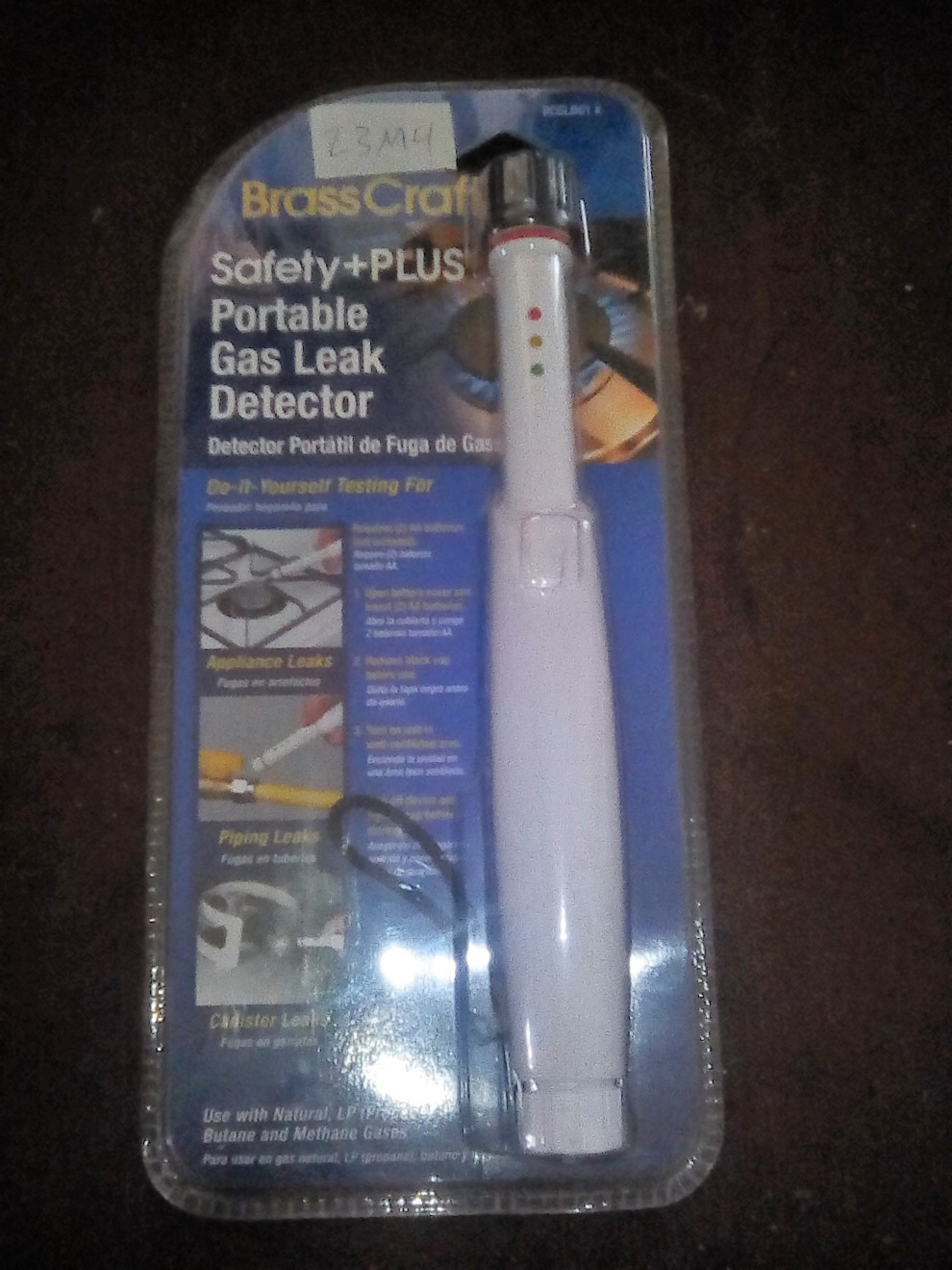 However, carbon dioxide alarms will not detect a gas leak.  So in addition to the CO2 alarms, I ordered a natural gas detector.  I’m always the first (and sometimes only) person in the house who smells something funny when there is a leak in our gas tank hose. When my nose says there is an issue, I nag my husband until he checks it with the ol’ soapy water method.  I’m usually proven right. Our tank is outside, so the chances if the fumes causing death are low, but gas is expensive these days ($580 per tank) and we don’t have that kind of money to burn. I tested this out too, and it works just dandy.

The security bug hit my husband as well and he went and priced those security camera setups. I’m not sure we need to go that far though. Besides, he’d probably stay up all night watching the video feed of the cows grazing down the neighbor’s crops.

Filed under Construction, Safety and Security