Blog About Mexico Worth Reading–Ventanas Mexico

Kerry Baker is a blogger and author. She blogs at Ventanas Mexico: Resources for Full- or Part-time Life in Mexico.  Her published works include Interactive Guide to Learning Spanish Free Online and If Only I Had a Place: The Aspiring Expat’s Guide to Renting Luxuriously in Mexico for Less.

What brought you to Mexico? The U.S. has become so much a “gig economy.” After moving to Denver in 2014, I struggled finding anything other than contract work every now and then. I moved to Mexico to save money while I figured out what my next step would be.

After I made friends here, learned Spanish and realized how much better life was in Mexico for a person of average means, I began to see that Mexico could be an answer for many people like me, people with some resources but who are scared to death by what they see in the U.S today, both in terms of the healthcare crisis and the demoralizing political climate.

I truly believe for some people, Mexico could make the difference between a healthy, happy retirement and one where you are just surviving day to day. With my blog, I wanted to address some common, even silly misconceptions. For example, I spoke with a person yesterday that couldn’t believe Mexico had Uber! 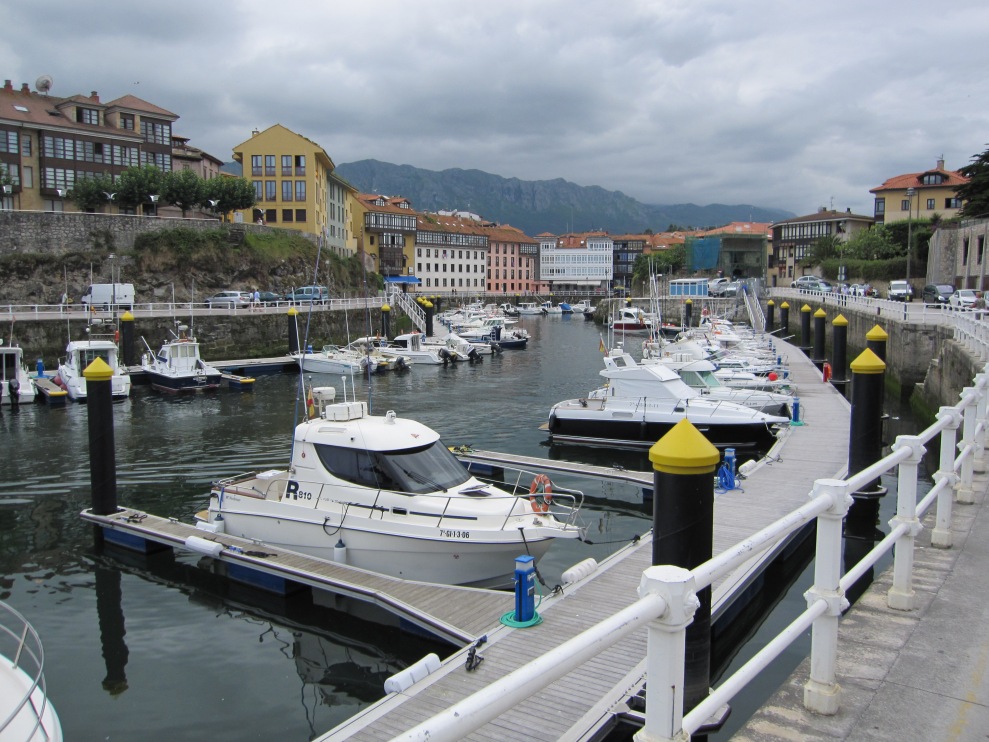 What was the inspiration for your blog name?  What a mistake that was!  Ventanas means “Windows” in Spanish, and I liked the thought of the website being a window to see how life really was in Mexico. Big mistake. I didn’t know anything about SEO.

I used to be a professional fundraiser and in a fundraising campaign, you have to make some of your most important decision when you have the least knowledge, at the beginning. Having a business is like that too.

What area of Mexico and topics does your blog primarily focus on? Comparisons. Comparisons between the U.S. and Mexico in housing, cost of living, safety, healthcare, language, and relationships, especially friendships with Mexicans because I find the dynamics very different from my friendships at home.

Why do you blog? At times, I write for me, as my SEO for those blogs clearly shows! I also write for my intended audience, things I wanted to know before coming here that had nothing to do with getting a visa temporal or the water. I wanted to know my life would be good here, that I’d be able to duplicate aspects of my life that were important to me in the U.S

What is your favorite blog post?   Just like being a filmmaker, your favorite is never the most commercially successful. “The Best Date Night Songs in Spanish.” I love Spanish language music. I love to tell stories. Being able to actually share songs via links in the post and get a little personal by telling a relationship story made it my favorite.

What has been the best experience you’ve had in Mexico?  My best experience was making my first Mexican friend. What I learned is that when you want to make new friends, wherever you are, you should pick one or two “targets” and focus your entire being on them.

That means showing up wherever and whenever you think they might be (even when they’re not).  Ultimately, particularly in Mexico where social circles and families run so deep, 1-2 good friends and those they know can keep you pretty busy.

What has been the worst experience you’ve had in Mexico?  I had emergency surgery in Mexico. It’s too much to go into here, but I fully relate it in a blog of mine.

What advice do you have for those planning to move or travel to Mexico? That’s very broad!  “Learn the language,” is a pretty safe bet. I started learning at 55 and am fairly fluent. It can be done. Without it, your experience will be half as fulfilling as it could be. Still good, maybe even great, but half.

If you are no longer in Mexico, do you plan on returning?  I spend the majority of my year there.

If you are currently in Mexico how long do you plan on remaining? I will most likely retire in Mexico.

Where do you see your blog going? My site has become more of a book promotion site for my two books, If Only I Had a Place: The Aspiring Expat’s Guide to Renting Luxuriously in Mexico for Less a book on renting luxuriously for less in Mexico, and  Interactive Guide to Learning Spanish Free Online which I use every day myself to improve my language skills.

Anyone considering Mexico will need to live in their target town at least for six months. Renting in Mexico is very different. On top of that, those relationships you make the first six months can set the tone of your whole experience.

I had the good fortune that my first roommate in Mexico was a Canadian property manager with 12 years experience in Mexico. She taught me dangers, as well as sharing the more delicate culturally-based differences in renting in Mexico. My experiences over the following four years added to what she shared with me.

I would never rent for six months in Mexico without having someone I trust looking it over first (I’m not talking about Airbnb rentals and the like. Those are probably trustworthy but too expensive for a six-month period).

The book has a listing of rental concierges I’ve recruited. Almost all have an online presence. People “on the ground” like I had with Elise was key to my sanity in the first few years.

When I finished the book, I was concerned about information not applying all over Mexico. The rental concierges were able to confirm certain information before it went to print. 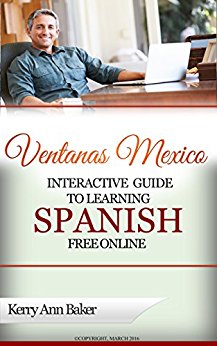 If you use different tools every day, that doesn’t happen. The book’s interactive links take you to the best sites and features on the web. Lots of different sites and tools, most of which you’d never find without doing what I did, which was spend six months researching over 300 language learning sites.

A student can translate music, do flashcards, a little reading, a podcast, in a single one hour period. That’s what my sessions are like.

Where can you be found?  Ventanas Mexico has a Facebook page with a little more serious content, like articles related to the U.S. Healthcare crisis. I’m also on Pinterest with a “Recipes That Translate” board, language tips and photos from the most popular expat areas.

Filed under Blogs about Mexico Worth Reading, Inspirational Writers in Mexico

Tagged as blogs about mexico, Blogs about Mexico Worth Reading, expats in mexico resouces, If only i had a place, interactive guide to learning spanish free online, kerry ann baker, ventanas mexico