There have been a rash of horror movies made recently, even an animated cartoon, about the legend of La Llorona (The Weeping Woman). It seems a bit tawdry that this Mexican myth has been regulated to the same genre as The Nightmare on Elm Street and other such slasher movies. 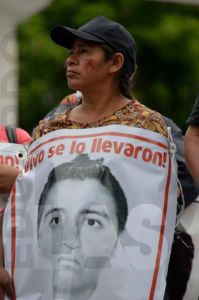 Most experts agree that the basis for the legend most likely comes from the goddess Cihuacoatl of Aztec mythology. She was one of several goddesses of motherhood and fertility and the mother of Mixcoatl.  Myth states that she abandoned her son at a crossroads, but often returned there searching for her lost son.

La Llorona, Cihuacoatl, or perhaps another aspect of the goddess in the form of Coatlicue, was reported to have appeared prior to the conquest of Tenochtitlan by Hernan Cortes. The Florentine Codex record her words as “Ay mis hijos! Ya se acerca la hora de irnos. Ay mis hijos! ¿a dónde os llevaré? (Oh, my children! It is nearly time to leave. Oh, my children! Where will I bring you?)

Some believe that La Llorona was actually La Malinche. La Malinche, whose given name was Malinalli, then Marina once baptized, served as interpreter and advisor to Hernan Cortes. She did have two children. Martin was the son of Cortes. Maria was the daughter of Juan Jaramillo. There is no evidence that Malinalli murdered her children. On the contrary, her children were forcibly taken from her when both men abandoned Malinalli to marry titled Spanish women.

The legend of La Llorona reappears in the 1700’s. In the colonial version, a young indigenous girl is abandoned by her Spanish lover. In a fit of insanity, she drowns her children. When she recovers her senses and realizes what she has done, she drowns herself. She appears before the gates of Heaven where she is asked the whereabouts of her children. She is denied entrance and sent back to Earth to search for them, condemned to spend eternity trapped between the living and spirit world. 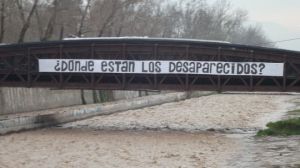 Some versions of the legend claim that La Llorona kidnaps children out at late at night and drowns them. She is said to appear in the late evenings near the rivers and lakes of Mexico City. Hearing the cry of La Llorona is said to be an omen of death.

The name most often given to La Llorona in most versions of the legend is Maria, which is fitting. Maria (Mary) had a son who was forcibly taken, tortured and executed by the state. (John 19) And Maria, in the form of the La Virgen de Guadalupe, is the embodiment of Mexico.

Today, La Llorona’s cry is heard again in Mexico. One year ago, September 26, 2014, Mexico, in a fit of insanity, murdered her children of Ayotzinapa. How long will she weep, searching for her children?

Filed under Death and all its trappings, Mexican Cultural Stories, Safety and Security