My sister-in-law T is building her house in La Yacata right across the street from us. My husband is doing all the construction work in his spare time. The roof is on, the floors are roughed in, the plumbing is done and the countertop is formed. He’s been working on it as his sister has had money for materials for about a year now. It will probably be another year until it is ready to be lived in.

One early morning, a motorcycle zoomed up our room waking the dogs, which woke us. We headed to the windows to investigate since it was WAY too soon for anybody to be up and about.

Two youngish guys on a moto had stopped in front of my sister-in-law’s house and gotten off. My husband yelled down at them. They said they were going to pee.

My husband wasn’t having any of that. Not on the newly cemented floors! He raced down the stairs to the front door in his chonis (underwear), hair standing up all over the place. He grabbed the machete he keeps on his motorcycle handlebars and charged out into the street.

The guys startled, jumped back on the moto, and sped down the road, my husband in hot pursuit brandishing the machete. I don’t believe they’ll be back.

So with this little incident to chuckle about, he convinced his sister that she needed to buy the front door and window next. We were really happy with our railing for the front porch but that guy was too busy. So she asked the wife of a guy who does ironwork who comes to her place for tortillas.

She took a picture of a door and window design that she really liked and asked the woman if they could replicate it. They could. The husband came out to La Yacata to get measurements and provide an estimate. It was within the budget, so the windows and front zaguán (garage door) was ordered. 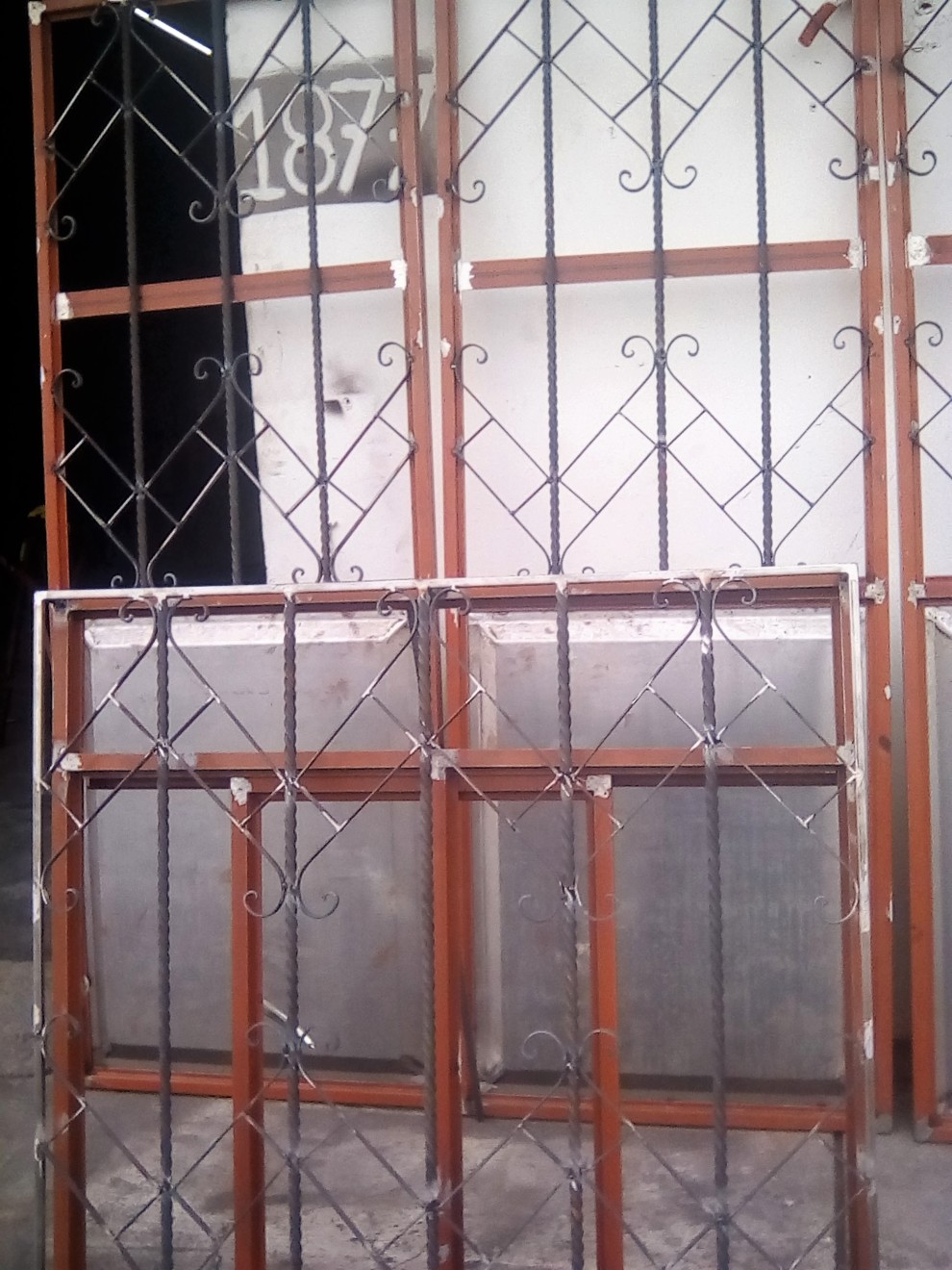 Doors and windows in progress.

My sister-in-law paid half of the total balance so materials could be bought and the date for delivery and installation was set. Only they didn’t come that day. In fact, the guy showed up asking for more money because he needed more materials.

So my husband went to see what the hold up was. The doors weren’t finished. The workers had been drunk all weekend. The head guy assured my husband that they would be installed on Wednesday.

Nope. Another visit to the ferretería (metal worker’s shop) and another date. No one showed up that day either. A fourth date was set. Not quite finished. So on the fifth installation date, over two weeks after the initial date, the guys showed up in a truck and finally got ‘er done. 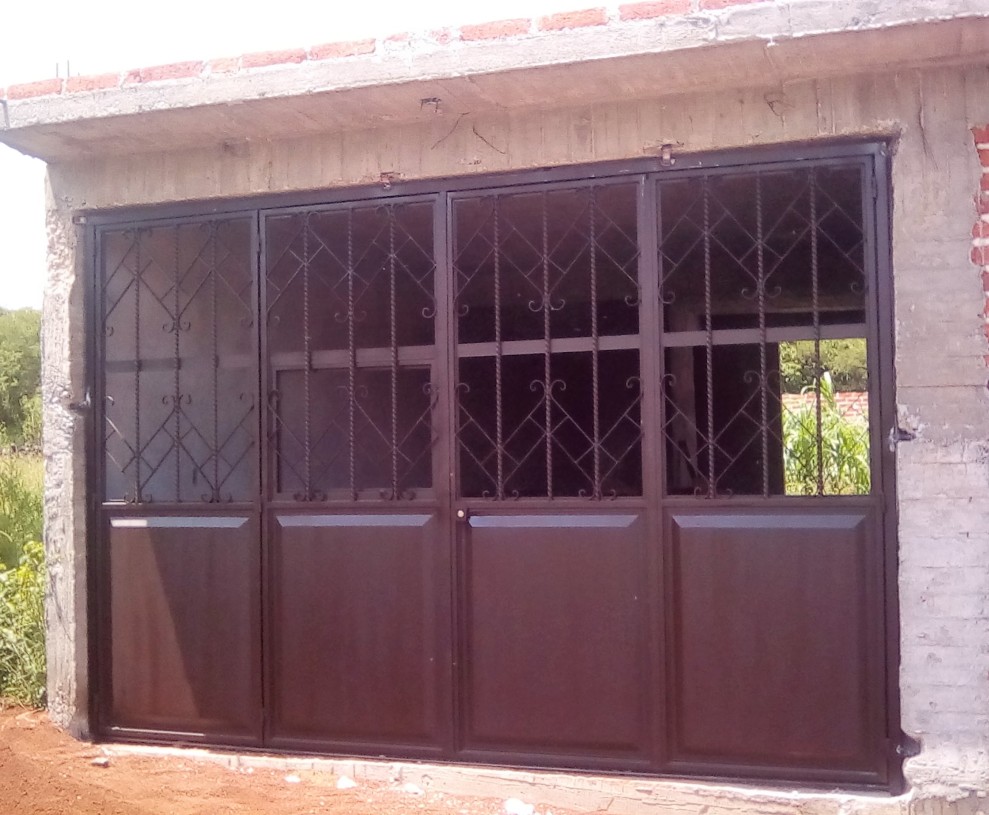 My husband wasn’t happy with their work. There were holes at the joins, the lock wasn’t the type lock requested, the peak out window was much larger than the design warranted, and there was no handle to pull open the door on the outside.

So a little extra work will have to go into these items, but at least they are in place and no strays will come along to pee on the floor anymore. 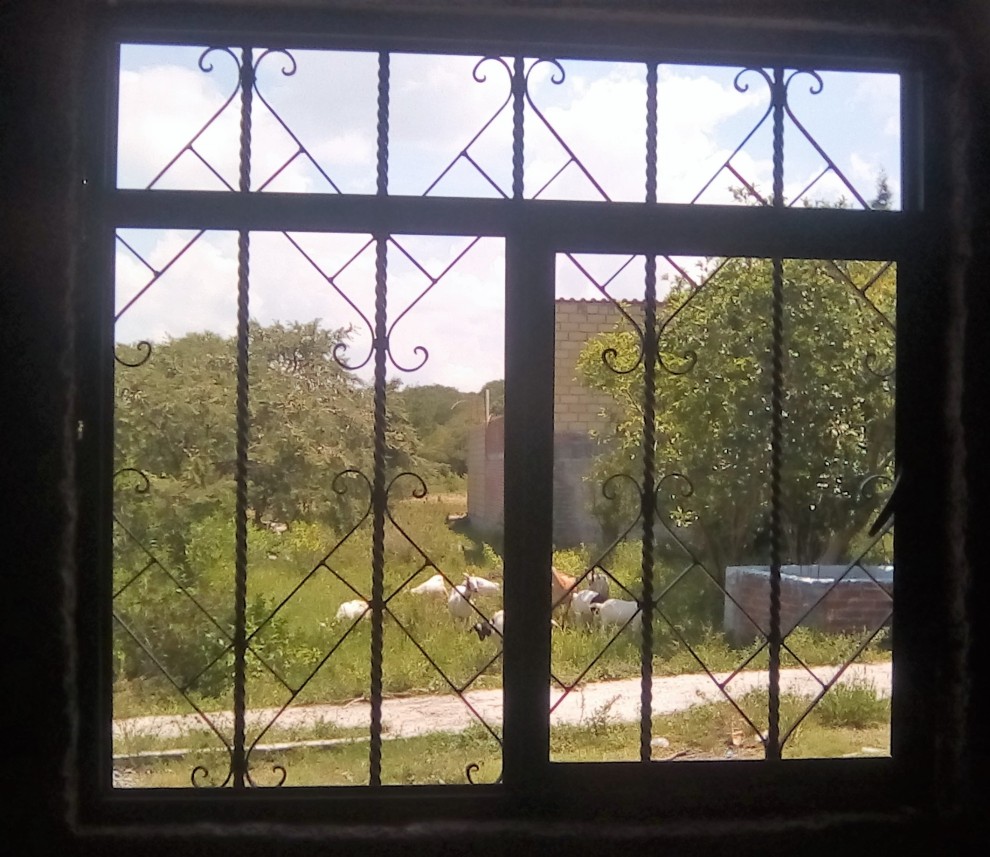 View out the front window.

Tagged as construction in mexico, getting doors in mexico, how to build a house in mexico, what is a ferreteria

2 responses to “Putting Up Doors”