A little about the Mexican National Anthem

The lengthy tribute to war that is the Mexican national anthem was written in 1853 by Francisco González Bocanegra as an entry to a presidential anthem competition sponsored by Antonio López de Santa Anna. The story goes that Francisco wasn’t interested in entering the competition but his fiancée, Guadalupe González del Pino thought otherwise. Guadalupe lured Francisco to an empty bedroom in her parents’ house and locked him in.  She refused to open the door until he wrote something for the competition. Four hours later, he slid the behemoth poem that was to become the national anthem under his door and Guadalupe set him free.

The first musical accompaniment to the lyrics was rejected, so a second competition was held.  Jaime Nunó’s entry, titled “God and Freedom” (Dios y Libertad), was chosen on August 12, 1854.

Since the full 10 stanza anthem is mighty long, President Manuel Ávila Camacho decreed that the official national anthem would be comprised of the chorus and 1st, 5th, 6th, and 10th stanzas in 1943.

Mexico takes its national anthem quite seriously. In the Law on the National Arms, Flag, and Anthem (Ley Sobre el Escudo, la Bandera y el Himno Nacionales) it is written that any interpretation of the anthem must be performed in a respectful way, that it may not be altered in any way, nor can it be used for commercial or promotional purposes. Permission must be obtained for all reproductions of the national anthems. The anthem must be played at the sign-on and sign-off for all radio and television programming (usually at midnight and 6 am) and that a photo of the Mexican flag must be displayed when the anthem is played on television. If a choir is singing the anthem, then there is no musical accompaniment. Spectators present during the playing of the anthem must stand at attention and remove head coverings. The national anthem must be taught to all children attending preschool, primary and secondary schools. If the anthem is played outside of Mexico, the Secretary of External Relations (Secretaría de Relaciones Exteriores) must grant permission and verify that the anthem is not used for commercial purposes. If the national anthem is performed incorrectly or disrespectfully, the Mexican government has levied fines in the past.

Not everyone in Mexico speaks Spanish.  Thus, in 2005, the Mexican government allowed the National Institute of Indigenous Languages (Instituto Nacional de Lenguas Indígenas) to begin translating the national anthem into indigenous languages.  So far, it has been translated into the Chinanteco, Hña Hñu, Mixteco, Maya, Nahuatl and Tenek languages. 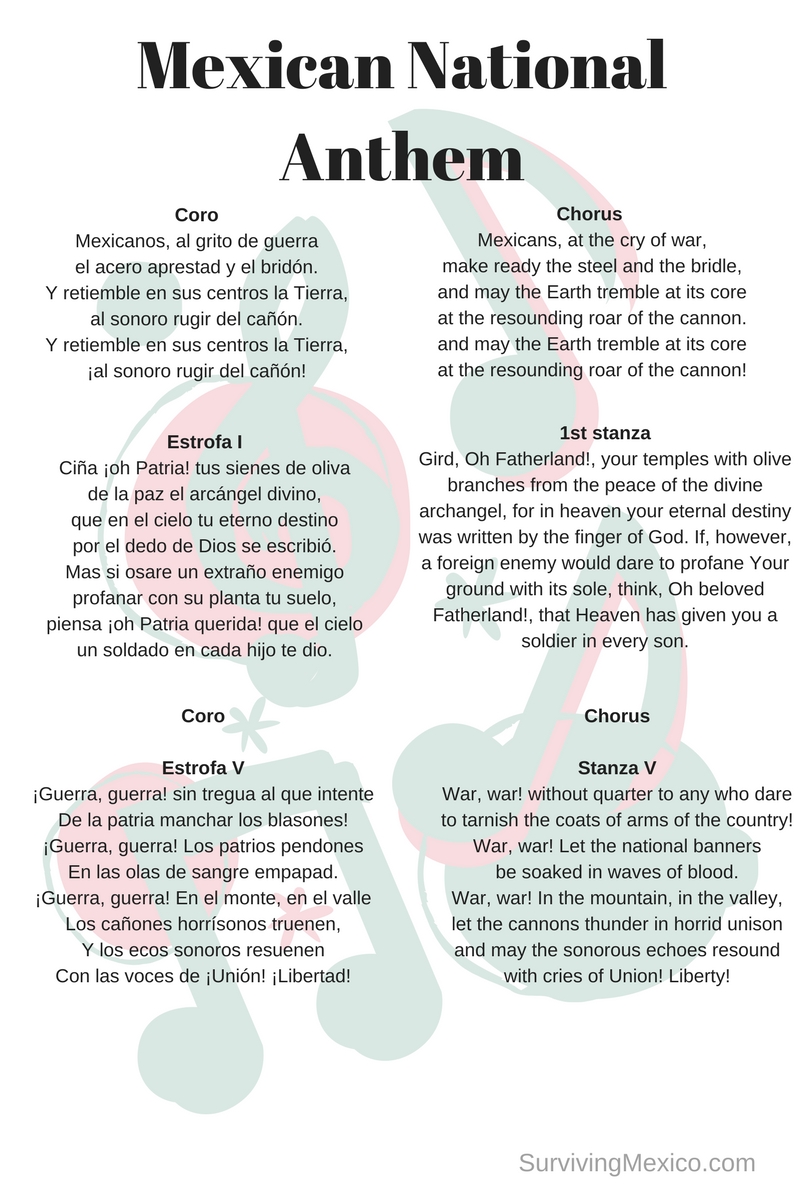 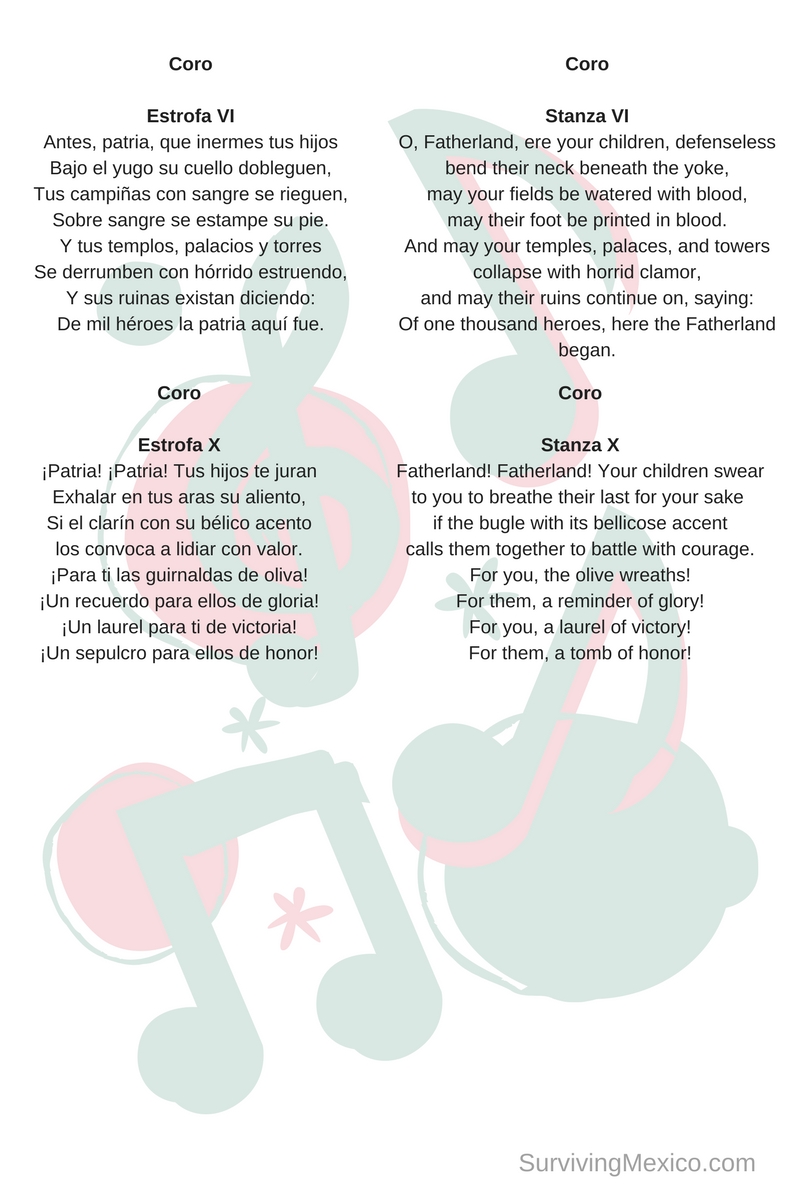 6 responses to “A little about the Mexican National Anthem”