About a month ago, I noticed that they were opening up a road in San Lucas, a little town near us. I mentioned that it would be really nice if we could have some of that lovely black dirt to fill in our backyard. So my husband made a deal with the dump truck drivers. Two loads of rock-less dirt, $100 pesos a load, delivered right to our front door. Awesome. 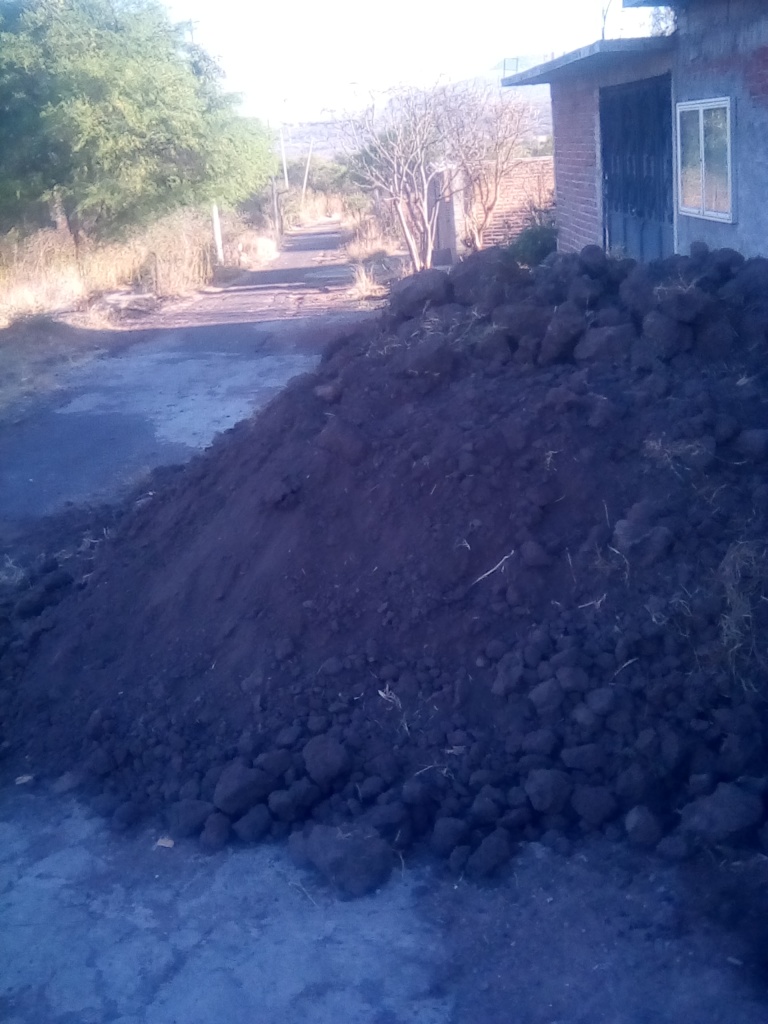 He and my son spent several days moving the dirt one wheelbarrow at a time. The dirt is still bound together in bit clods yet but we expect once rainy season starts, that will fix itself. We added an apple tree, a lime tree, an avocado tree and a papaya tree to our mini-huerta (orchard). The chickens ate all the leaves off the papaya tree within the hour. Then Lil’ pup gnawed the trunk to the ground. So much for that tree. 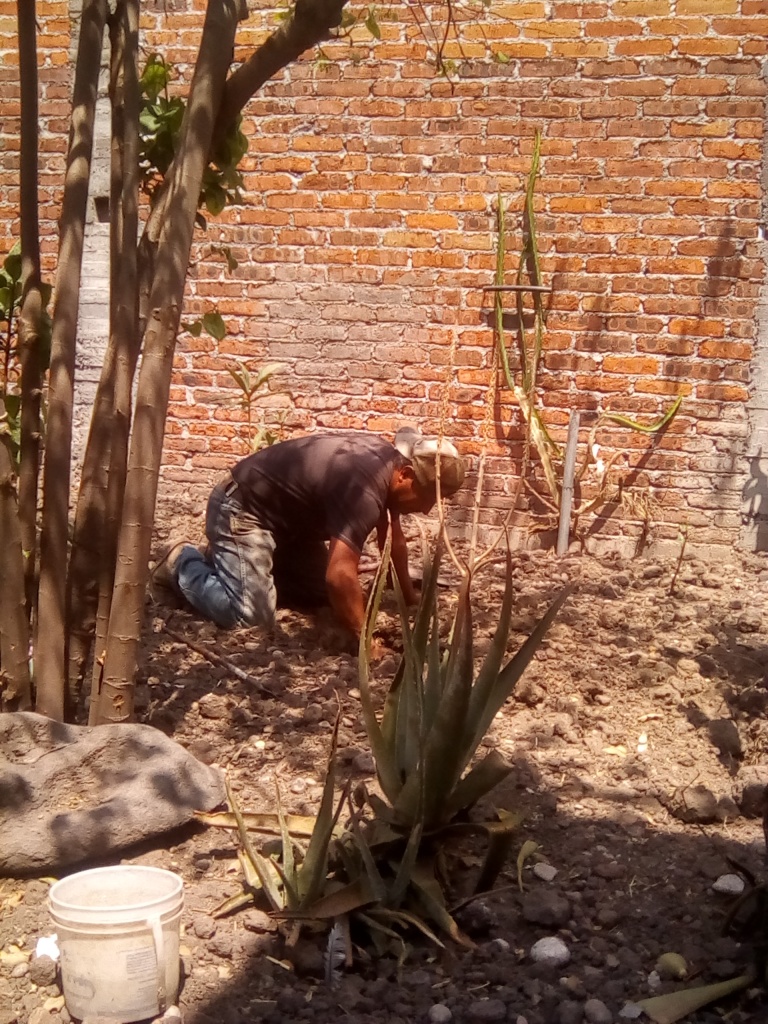 Since the chickens are always a problem in the backyard no matter how many lectures I give them on not eating the plants, I thought we could make an upstairs porch specifically for plants. Therefore, that was the next project. 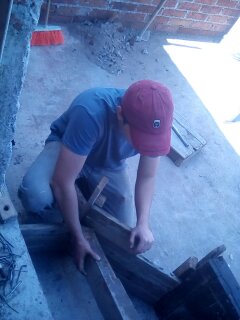 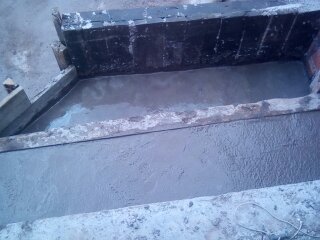 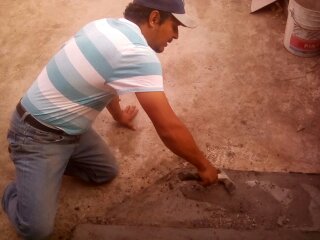 My husband and son made steps down to the area that had once been Joey’s roof. Then they did one full wall and two half-walls to enclose the area in. The herrero (ironworker) who made the solar panel base made two sets of bars for the front. I think we might get two more for the other side eventually because I’m still not happy with our security updates. 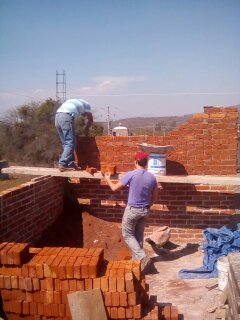 For the roof my husband wanted to put regular laminas (corrugated tin) but I insisted that for the good of the plants we needed the clear ones. Of course, they cost more. So we went to Salvatierra to a lamina warehouse to get them at a reduced rate. We got enough laminas to cover the area of 4 meters x 7 meters for $3000 pesos. Up they went. 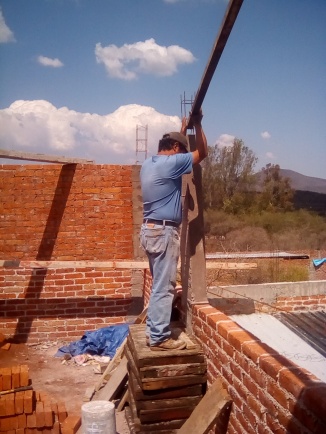 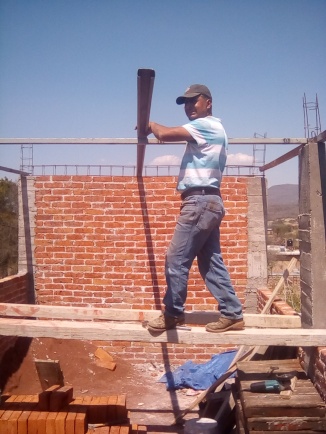 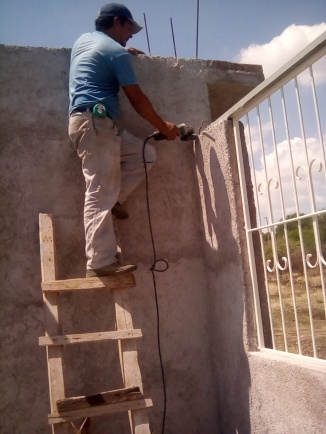 Then another load of dirt to fill in the planting area. It’s still quite bare as we are waiting for the rainy season to plant more. Although the chickens won’t be able to get at these plants, Kitty has decided that this area was made for her exclusive use. She’s been laying on my strawberry plant and beneath the grape plant and using the other side as a litter box. This is infuriating to my husband. Now he knows how I feel about the chickens! 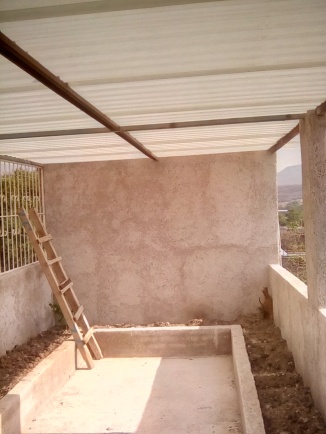 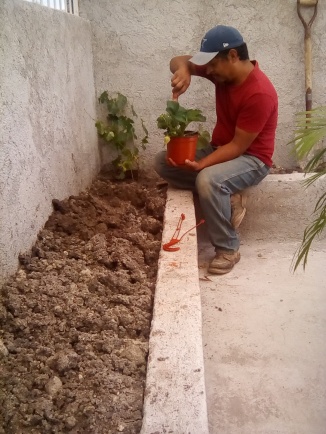 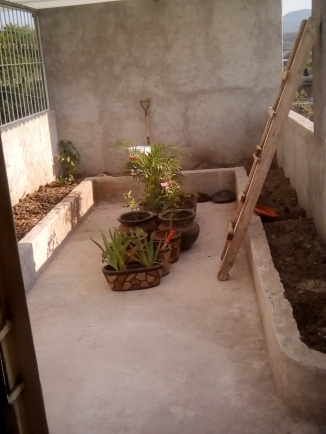 The last outdoor updates were the sidewalk from the backdoor to the animal area and the path to the ajibe (water storage area). I’ve been asking my husband for 10 years to made a walkway so that in the rainy season we can get to one area to another without tromping through the mud which is then tromped through the house. He finally did. 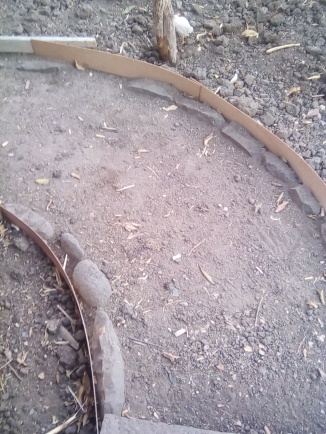 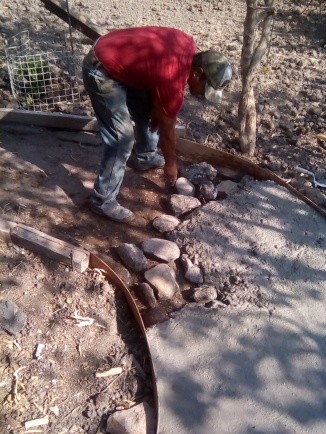 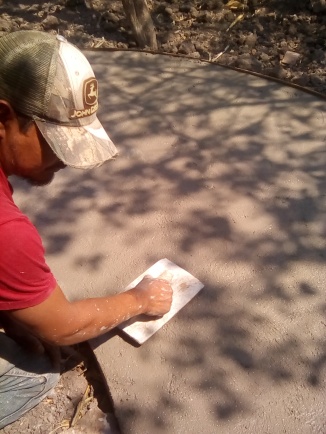 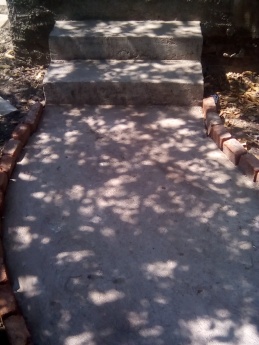 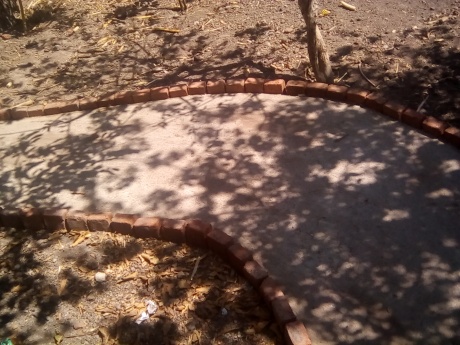 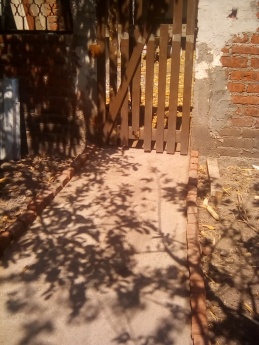 The chickens believe that this is their personal superhighway now. I think it’s time to reduce the flock. Chicken soup anyone? 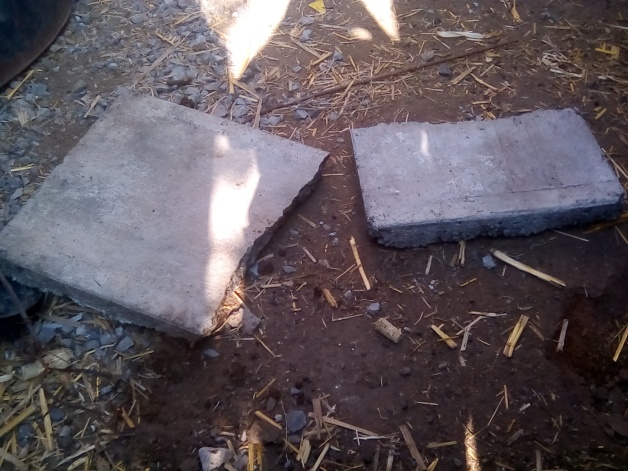 The path to the ajibe he made from pieces of sidewalk that had been dumped in La Yacata. Works for me!

Tagged as building a house in Mexico, gardening, making a greenhouse, making a sidewalk, making stairs, upgrading a house

2 responses to “Greenhouse and Backyard”