We live just a little too far for most people to head to the beach during the annual Semana Santa vacation period. However, we do live close enough to several lakes which have spawned a number of balnearios (pools literally public bathing areas) to console the would-be beach bum. By far, the most visited are in Huandacareo, Michoacán.

Huandacareo is on the northwest side of Lake Cuitzeo. (See Playing Tourist–Cuitzeo) Its name translates roughly as “area of discourse” and was given it the area when Cazonci, a Purépecha leader, passed through the area after a victory and was honored by the locales with discourses full of praise.

There is an archaeological site that dates back to 1200 CE. called La Nopalera.  It was a ceremonial site where justice was served and criminals were punished. It was still in use at the time of the Spanish conquest. As you can see from the billboard, it’s also used for Holy Week celebrations, in this case, a concert on Palm Sunday.

But of course, the balnearios are the town’s main revenue-generating attraction. We’ve gone on several occasions. I don’t ever take my camera in, so the best I could do was some pictures from the outside. 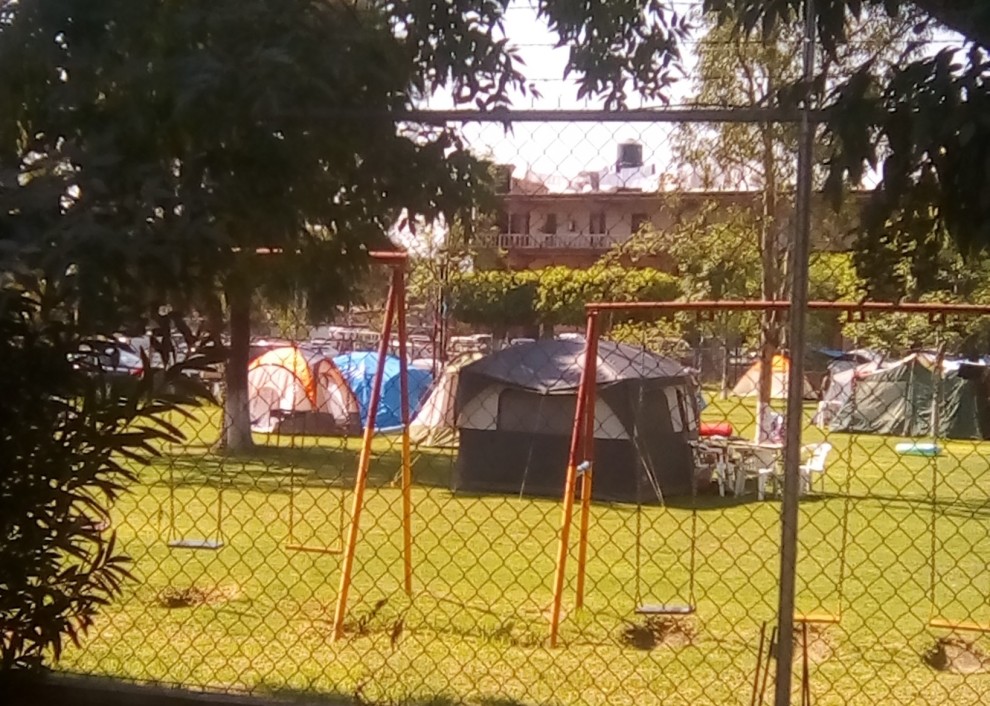 There are hotels you can stay at or you can bring or rent a tent and camp out. 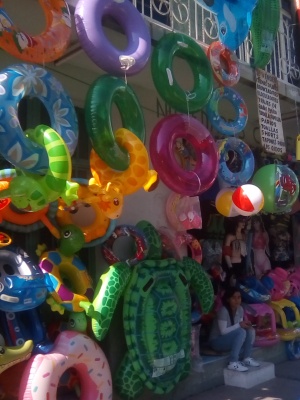 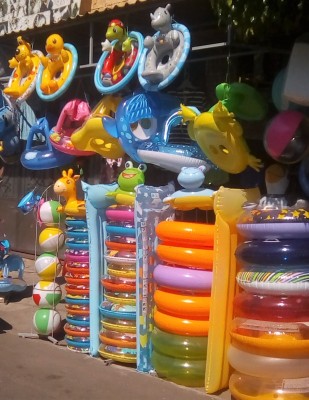 The market area has everything you could possibly need to go swimming. 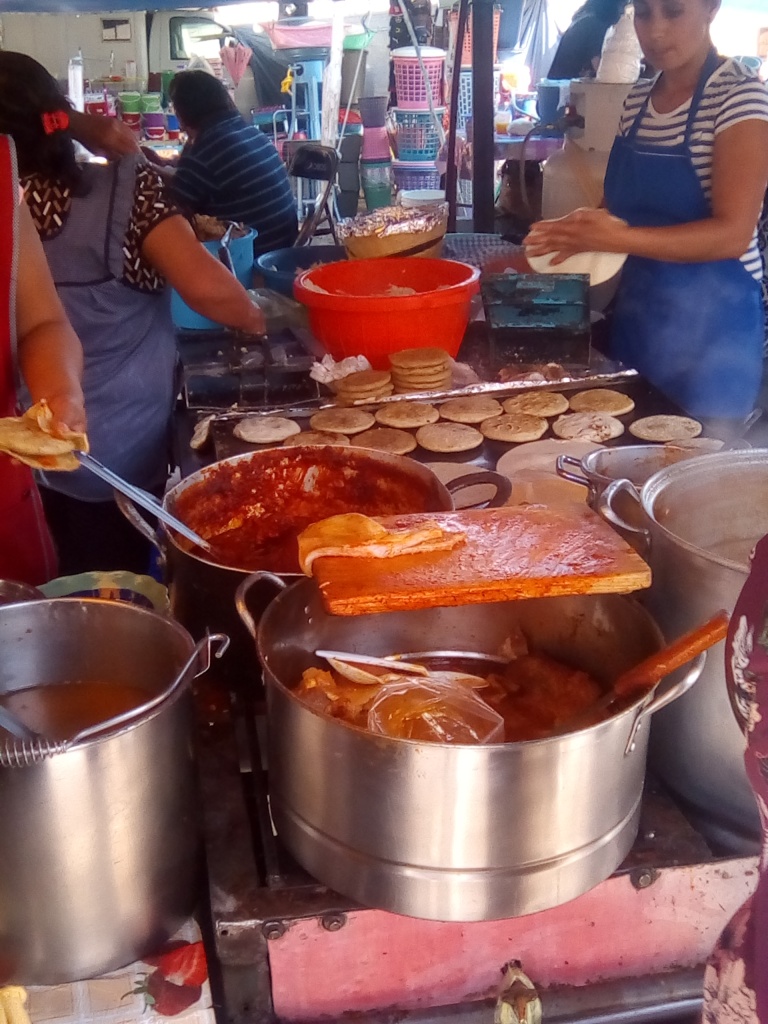 You can get the most amazing gorditas here, not too spicy, not too bland.

Do not enter with dogs, gas tanks, guns, speakers, or intoxicated

I have to say that it is the most expensive and least fun to go during Semana Santa. Prices shoot up from 40 pesos admission to 100 pesos per person. There are so many people crammed in the pools that you are likely to get kicked in the face. And although you aren’t allowed to enter inebriated, there’s nothing in the rules that say you can’t get drunk while you are in the pool. There are just to many people.

But if you can go during the off-season, it is really a nice place to visit.