Back porch area with the old boila (water heater)

The boila (water heater) was another issue. I swear that the thing had exploded at some point in the past. I know I wasn’t going to use it as it was. The owner assured me that it would be replaced. True to her word, two weeks later, she showed up with a new boila. She said that the plumber/electrician she had contacted didn’t have time to install it, so the English teacher across the street recommended one that lived in the same neighborhood.

He came to check things out while I was in class, so I didn’t get to talk to him. Then the owner showed up, and I was still in class. Both spoke with my son.

The plumber said he’d return the following day. Unfortunately, he decided to return about 30 minutes before my first class. I asked if he could come back another day. He got all poopy about it. Said he had already bought the stuff. So I explained I would be working and asked that he keep the noise to a minimum. I should have saved my breath. 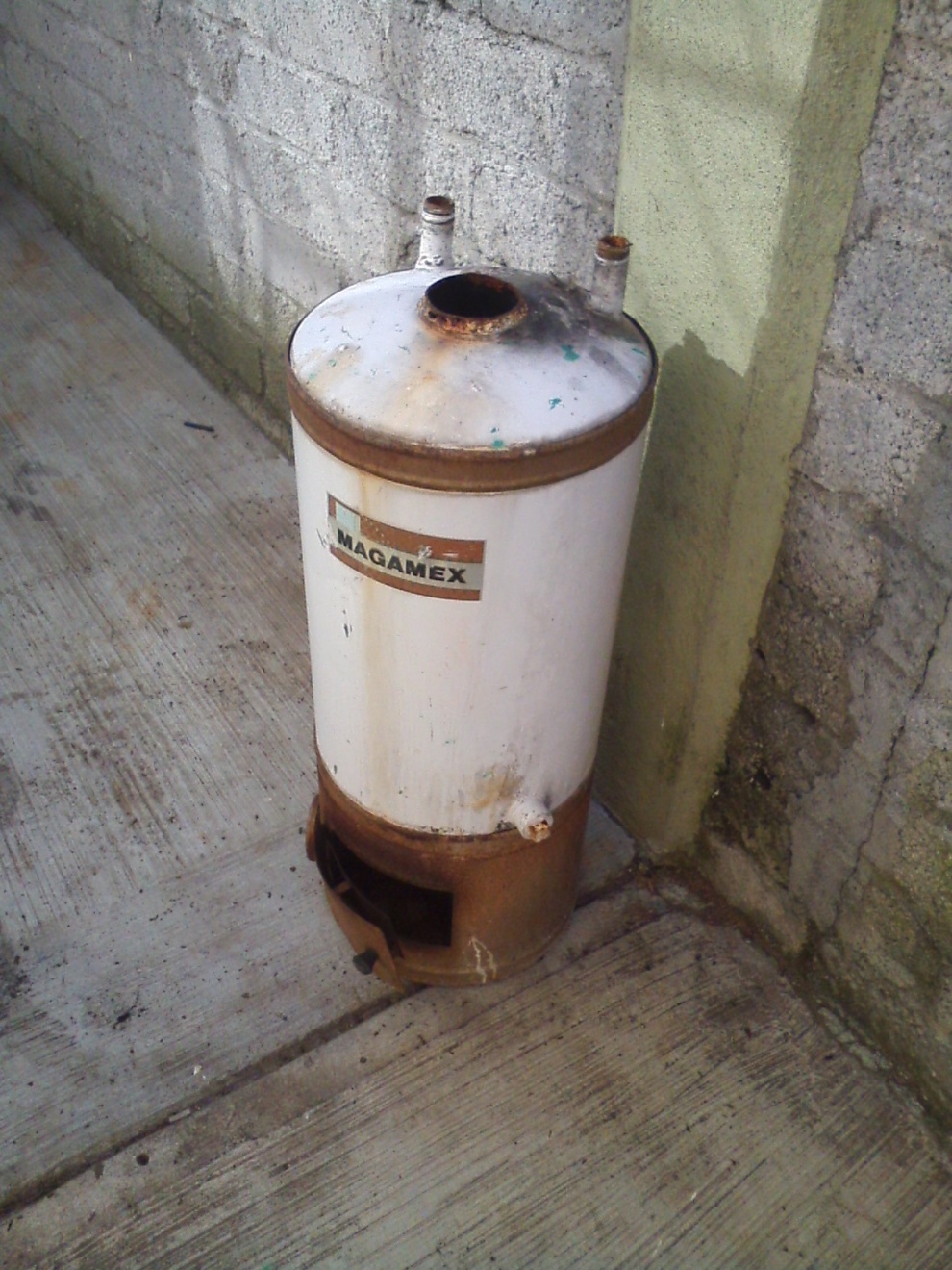 First, he had to remove the old, exploded water heater. That involved a lot of banging and more banging. Then there was the roof climbing to turn off the tinaco (water storage container)–more thuds and bangs. Then he liked to whistle while he worked. And of course, his phone rang several times and he had to answer it, talking like he was in a wind tunnel instead of a back porch.

To top it all off, a sound car was cruising the streets announcing Buen Fin (Mexican Black Friday) deals.
Unbelievable!

There was yet more banging and the whoosh of a blow torch before it was all said and done. He left and the owner showed up for an inspection. Mind you, I am still in class and in desperate need of quiet. Apparently, she was satisfied with the work. She left $650 pesos with my son for me to pay the plumber who showed up as soon as he saw my moto outside the following day.

The new boila (water heater) looks nice. However, it is outside in an open area which means it will rust before too long. Plus, I haven’t bought a gas tank to hook up to it yet. But it is nice to know that if I want to bath in the 2-foot area that presumes to be a shower with hot water, I’d theoretically be able to.  As soon as I get a shower curtain that is.