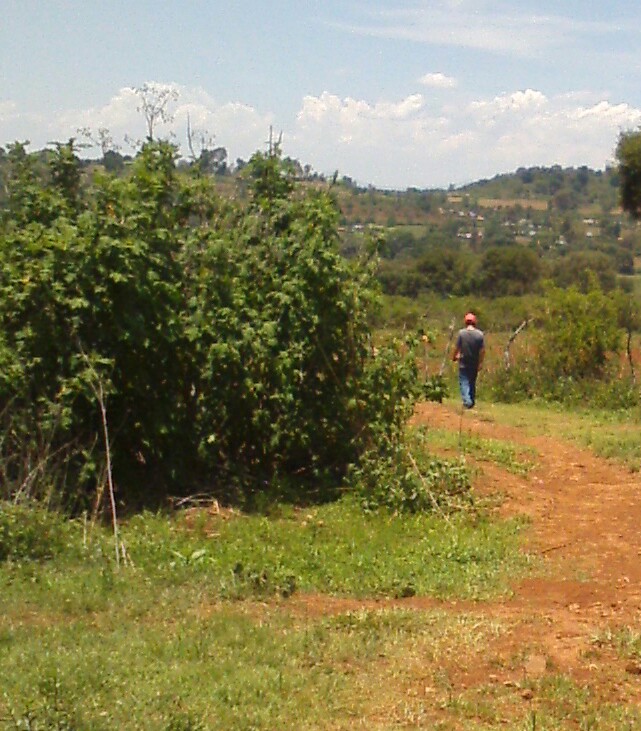 Sometimes I worry that my son isn’t getting the education he deserves. We live in a rural area, he attends public school, but the education system is not the best, we don’t have regular access to the internet or public library, etc. But then he surprises me by discovering his passions on his own, and I look for ways to enhance his learning along with those lines, some formal, some informal.

For instance, this summer my son was able to attend both music and art classes as part of a program I was coordinating for a school. While he didn’t learn to play an instrument in the music class, he did learn to listen. Now two months after the class ended, he still mentions how much he enjoyed it. He has me listen to songs the teacher introduced him to in class and talks about their music, meaning, and rhythm. 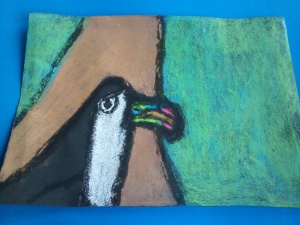 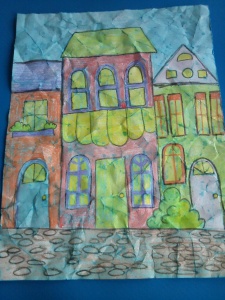 In his art class, he learned how to create a chalk pastel and glue drawing, something I never would have thought to teach him. (To see how it’s done–Chalk Pastel and Glue Drawing.)  He also created a crayon batik drawing. Such exciting and fun art techniques!  While I don’t believe he will necessarily become an artist, art is definitely part of a well-rounded education. 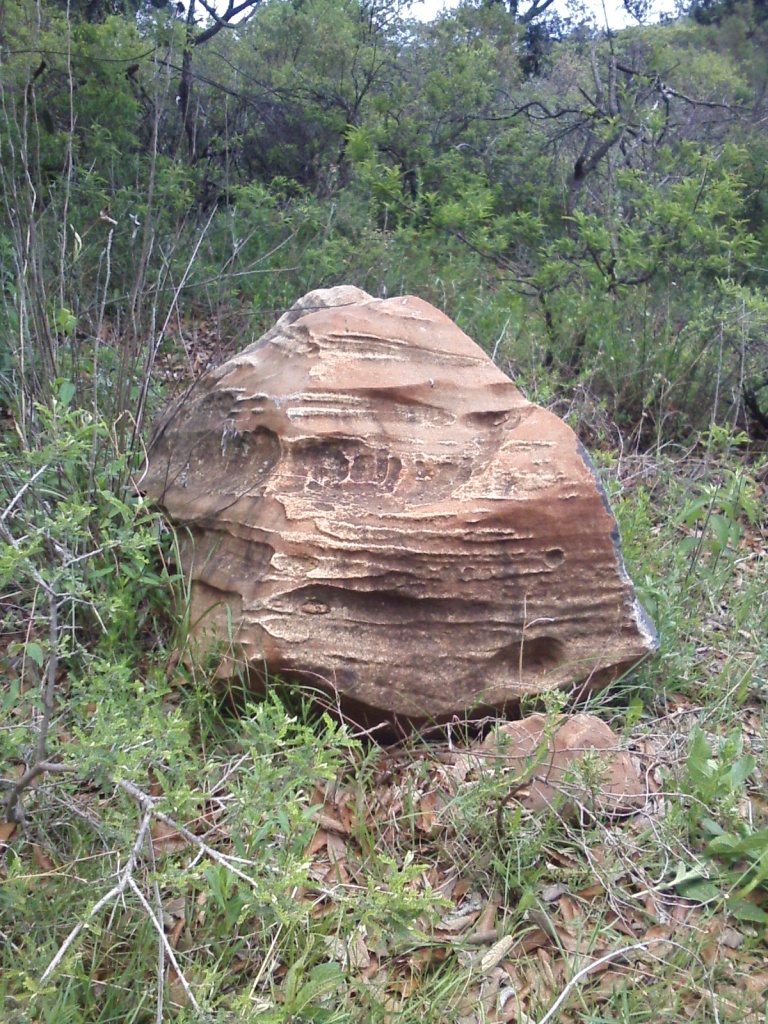 As for informal learning, we had several geological adventures this summer. (See Las Cuevas en Cerano and Picking Capulines) My son found some incredible rock formations. Our little home library didn’t have much in the way of rock and mineral books, so I sent the pictures via email to an old college buddy who happens to be a geologist. He did an incredible write-up, complete with diagrams and highlighted areas, about the pictures.  He sent links to geological studies of our area.  My son was fascinated, also incredibly impressed by my friend’s rock knowledge, and learned something in the process. 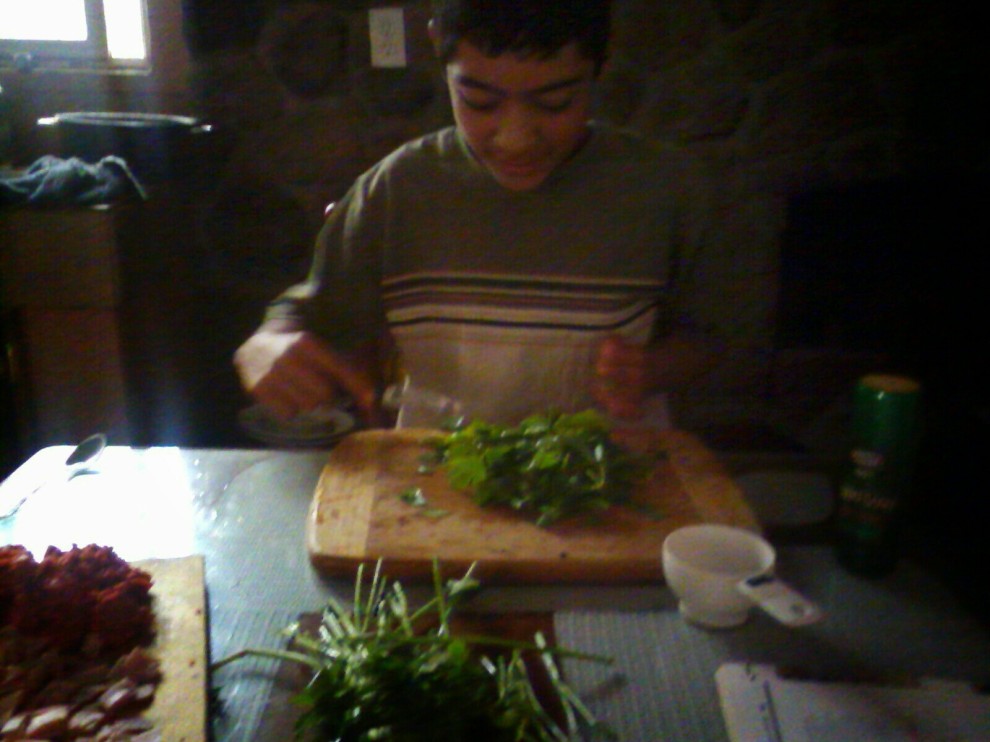 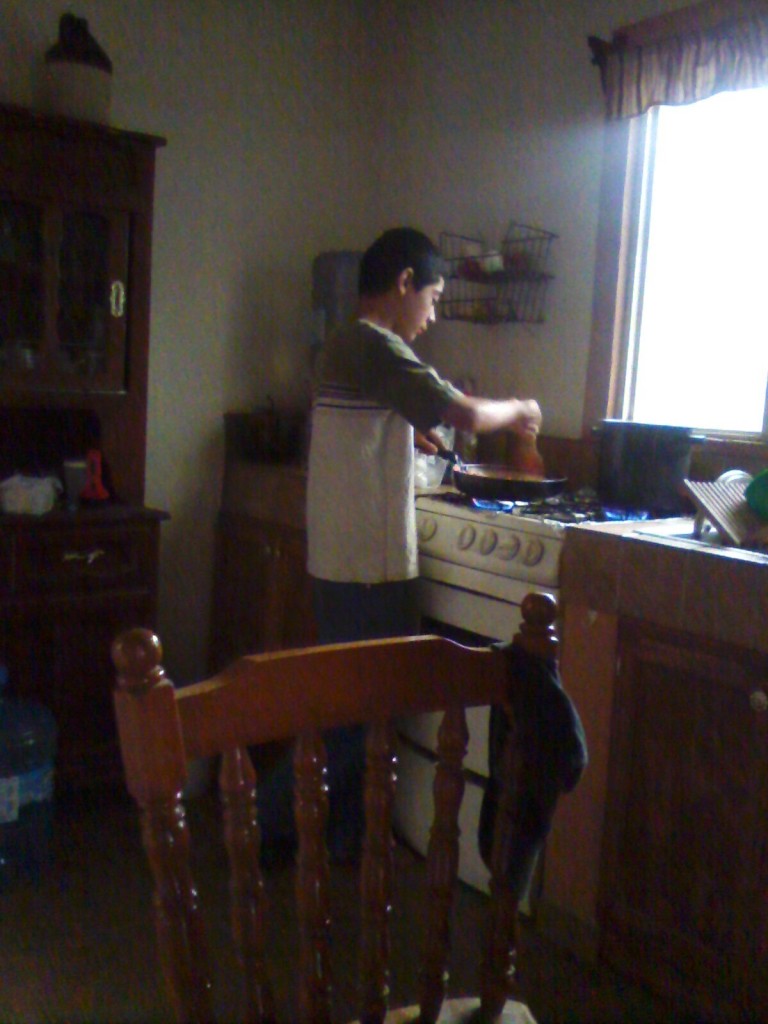 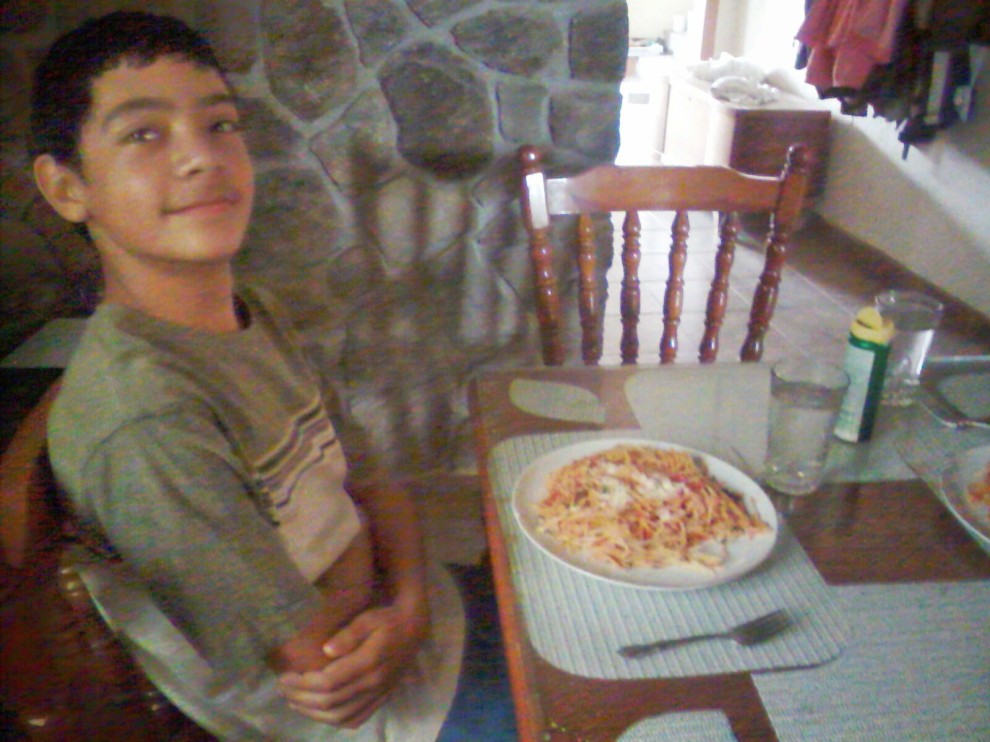 My son also expressed an interest in learning how to cook this summer. He asked if he could make something by himself, which was ok by me. He spent 2 days leafing through cookbooks until he found a dish that he felt he could make and that we could also find the ingredients for in our local market. He chose spaghetti carbonara.  He asked that I supervise, but not help.  I was happy to oblige. We all enjoyed the result! 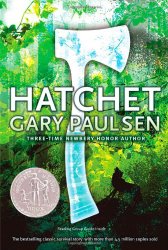 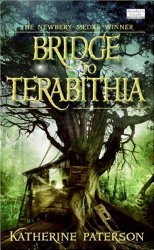 Reading has always been an interest of his, however, his new phone, and subsequent game downloads distracted his focus a bit this summer. I had to change my tactics somewhat when I encouraged reading over games. If there were a book I wanted him to read, I would read it through first, and he would see me reading it and ask questions. I would only tell him the bare minimum, piquing his curiosity. When I finished the book, I left it in his room, seemingly by accident. Sure enough, he would pick it up and read it, usually in one long Sunday afternoon out with the goats. Two of books that he especially enjoyed this past summer were Bridge to Terabithia and Hatchet. 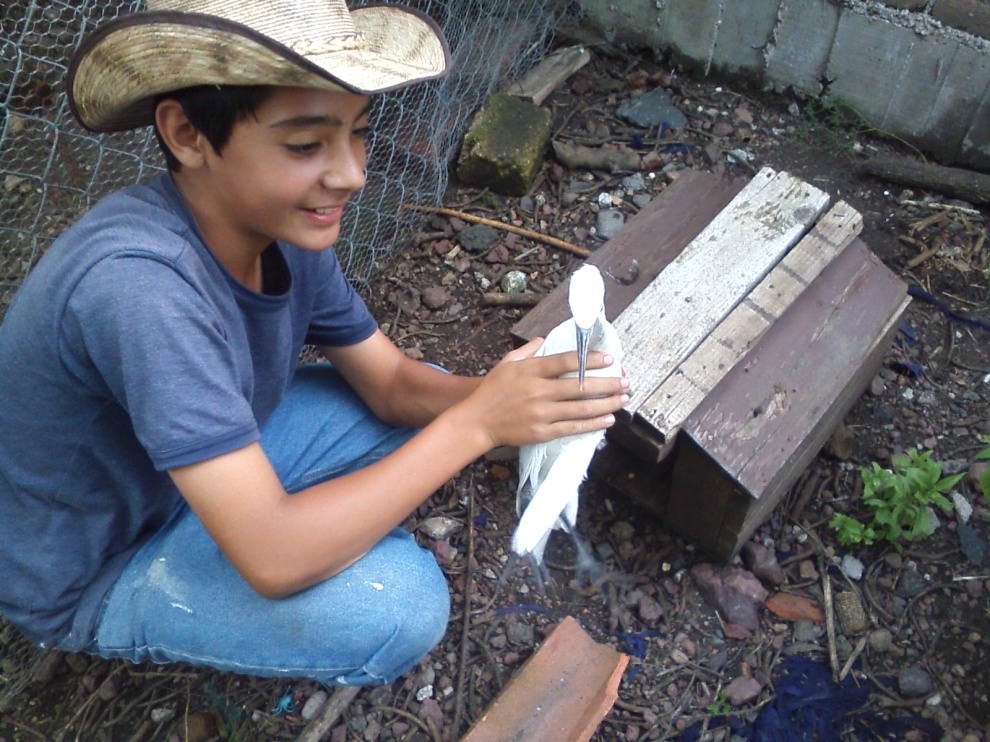 My son also nursed an injured heron back to health. Our little guest stayed until its wing healed and then was on its way. Take about a hands-on experience! 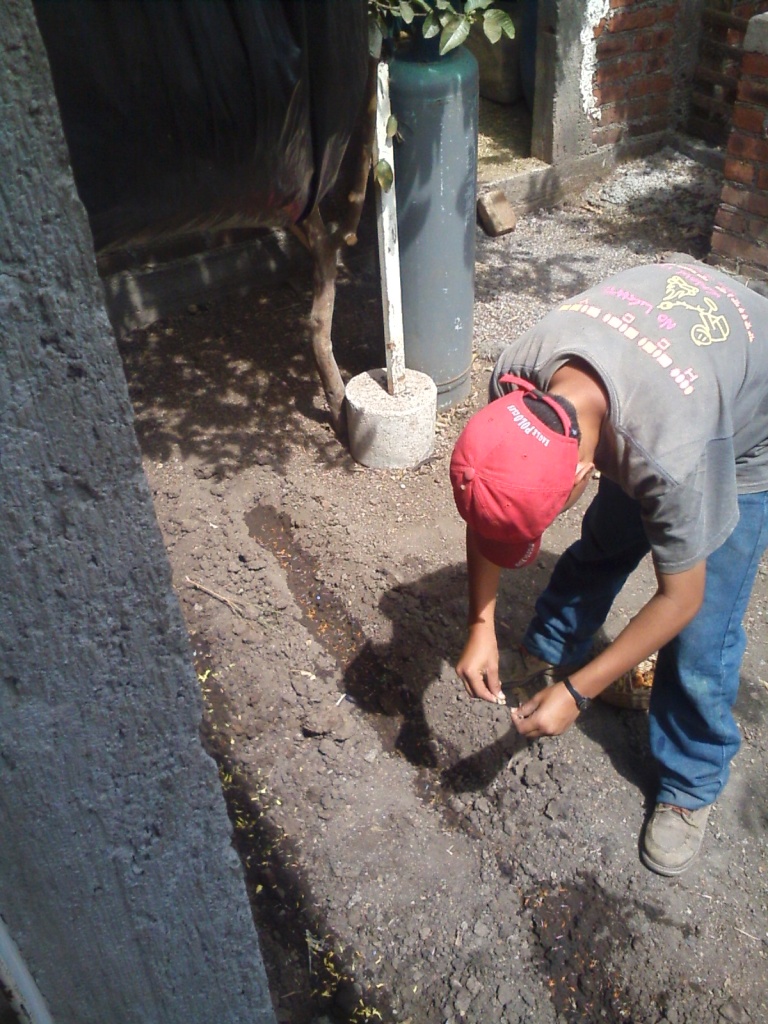 Then he wanted to plant a flower garden in a little area that we haven’t had much luck in sowing. Again, he didn’t want any help, just the seeds and spent a happy afternoon planting. Unfortunately, the few plants that did sprout were quickly eaten by escaped chickens. Think it’s time to redesign the chicken area! 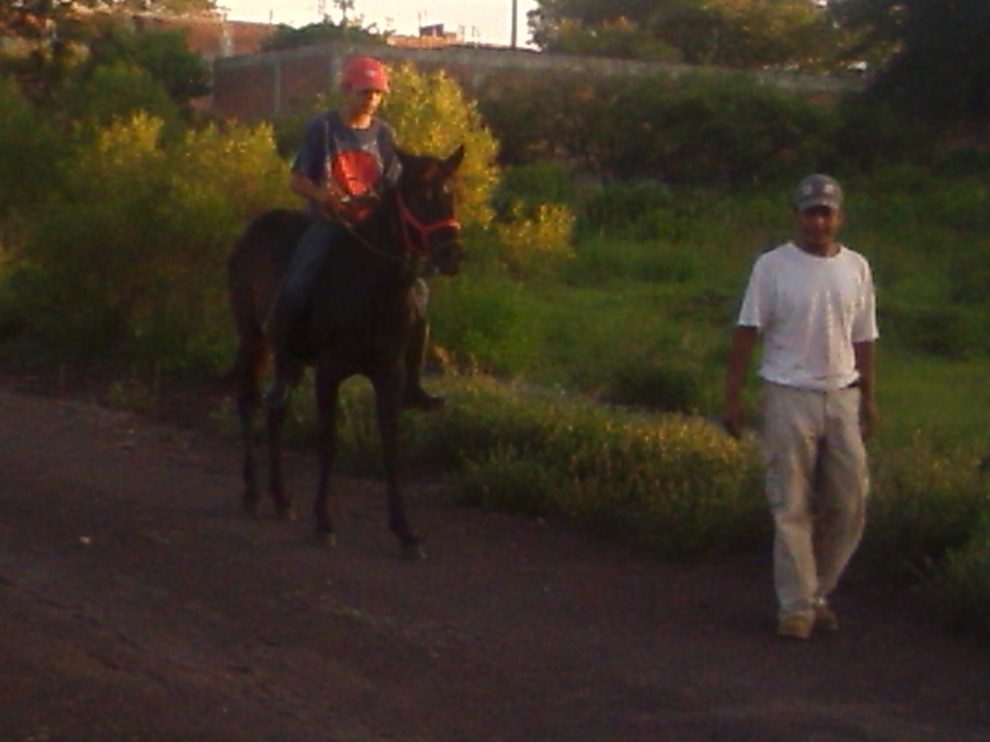 He and his young mare Shadow began their joint schooling this summer as well. My husband worked with my son, and the two of them started light training for his horse. While they both are up for it, it’s still a long way to Wordsworth’s
‘proud to curb, and eager to spur on, the galloping steed’; and then, the home-coming:–– 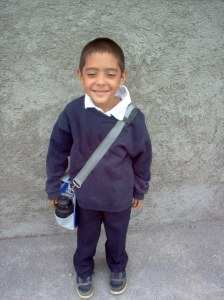 The first day of first grade!

The first day of Secondary!

All too soon, the summer ended, and formal schooling began again, this time at what is known here in Mexico as secondaria (secondary). His hours in a structured classroom have increased from 4 to 6 per day. None of us are happy with the current schedule and have looked for alternatives, but have yet to find any that will work for us. Meanwhile, he does enjoy his biology class that is currently learning about the study of genetics (See Goat Genetics) and a woodworking class where so far he has made a complete set of stone-age tools and a doll’s table.

Learning, whether in a formal or informal setting, is essential to growth. It goes without saying that I want my son not just to grow, but to flourish. Sometimes that means creating an atmosphere for learning, and sometimes it means capitalizing on the environment that presents itself. And as Charlotte Mason writes …We know that parents and teachers should know how to make sensible use of a child’s circumstances (atmosphere) to forward his sound education; should train him in the discipline of the habits of the good life; and should nourish his life with ideas, the food upon which personality waxes strong.