The other day I was asked what secondary school my son would be attending. As he is only 11, I hadn’t thought much about it. This person, with good intentions, began listing the attributes of different schools in the area. I started to get stressed. Maybe I should start investigating? Maybe I should start visiting the schools to see what they offer and what the facilities are like? Maybe I should start planning for my son’s future? Then I had to take a deep breath and get ahold of myself. I had to remind myself why we sent my son to school in the first place. 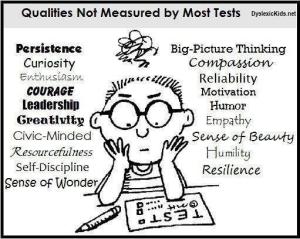 What the traditional classroom does not teach our children

My son attends a Mexican public school 4 hours a day, 200 days a year. We made the decision to send him to school, not because we thought the school system here was adequate for life learning, but because we realized that in order for him to one day integrate into our community, he would need skills that neither I, as a foreigner, nor his father, who never went to school, could teach him. (See Homeschool Variation) We wanted him to learn the habits and customs of the region, along with the language, so that if he chose to remain here, he could do so with moderate to extreme success. With those reasons, who cares what school he goes to???

Mexico is no different than the U.S. in their educational methods. They employ a curriculum based on service to self rather than service to the world. Students have been taught to do as they are told, become successful to buy more things, pay their taxes, run the maze, never mind that isn’t enough to truly be. As we do not want my son to be like most men who… .go through life without a single definite act of willing. Habit, convention, the customs of the world have done so much for us that we get up, dress, breakfast, follow our morning’s occupations, our later relaxations, without an act of choice.–Charlotte Mason — our daily activities are often at odds with the culture we find ourselves in. (see Forcibly Green–Obligatory Organic ) This way of life has caused some angst on the part of my pre-teen son. (see Parenting challenge–cultural apathy). Sometimes he just wants to do what everyone else does. I admit, at times I feel the same. It’s so hard to always be at odds with those who live around you, to not know the socially correct response in a given situation. When I start feeling this way, I have to remind myself that I made the conscious choice to live life as a field mouse rather than a lab rat and, therefore, this social discomfort is the price I pay. Teaching this ‘will’ can only be done through indirect means rather than a series of planned lessons. (see Parenting Challenge–Creating an Atmosphere for Education) Mostly it comes down to demonstrating through actions, the difference between what is and what could be, that there are no right answers, only more questions, and that there always, always is a choice and those choices always, always have consequences.

This service of man (or as Charlotte Mason says, service of God) is a difficult path to be sure. I’d like to give up, especially after being hammered with lawsuits (See Demanda 1 Demanda 2) for getting in the way of another’s service to self. But as I stand as an example for my son, my actions, whether I wish it or not, are observed by him; my decisions, intentionally or not, affect his life; so I can not in all good conscience throw in the towel. But as for being stressed out over sending him to a good school? Bah. The best school is the one you make for yourself as you travel through life. 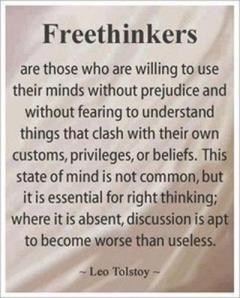 Freethinkers are not formed in a standard classroom setting.

3 responses to “Parenting Challenge–Conformity and Education”