Lady and the Plow 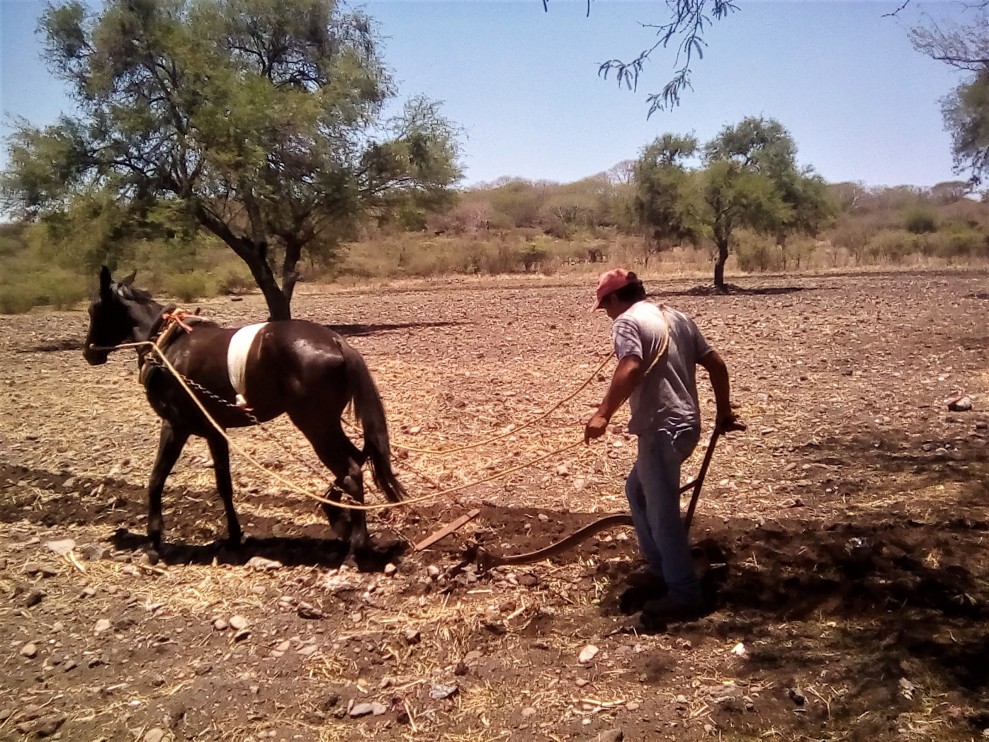 My husband decided that he’s going to do some sharecropping again this year. He hasn’t the past few years because it’s really a lot of work and little gain. But, since we have these animals to feed during the dry season, it helps to have a small stockpile of fodder to hold us over.

The rainy season doesn’t officially start until the third week of June. This year, being 2020 the year of unpredictability and all, we’ve already had several light showers of rain in May–which hardly ever happens. So most of the farmers have been out barbechando (readying up) the fields.

My husband tried to get a guy with a tractor to plow the area he had permission to plant on. It has lain fallow for about 5 years. The tractor guy did one row and called it quits. He said it was too rocky and he didn’t want to damage his equipment.

So then he tried to get another guy who has two horses to plow up the field. That guy said he was too busy with his own fields to hire out.

Now, we’ve plowed before. Fiona and our previous horses Red and Beauty, have done excellent work. However, my husband sold the plow. Actually, he sold the plow three times, after buying it back twice. Currently, we have no plow. So he rented one from a neighbor for the week for 200 pesos.

He hitched Lady up to the plow and away they went. My husband was absolutely delighted with her performance. In fact, he was so delighted, he set her up a new stall in the back yard. She has more space, isn’t together with the goats so Jolina isn’t jumping in her food dish, and can be entertained by Fred and George’s gladiator antics.

Unfortunately, she stripped the guayaba tree of its leaves overnight and keeps knocking over the rain barrel. She also has been biting the wood on the bars around her corral. My husband was worried that she had a vitamin deficiency or some other issue, but when I looked it up, most experts believe horses bite the wood of their enclosures because they are bored. We all know that Lady is too smart for her own good. Remember how she kept opening the door for the goats?

Lady’s new area doesn’t have a gate yet, just those bars that you have to slide all the way out for her to come out. My husband keeps saying he’ll get to it, but he’s got other things on his plate at the moment. He went on a caminata (community horse ride) last week to Los Amoles (and brought us home a cold) and is going on another one this week (and will probably bring us home another virus). As a result of his “busy-ness” none of the quarantine projects are finished yet, including Lady’s new stall. (Can you tell I’m just a tad bit annoyed?)

Anyway, it rained this week, so some seeds went into the ground. We’ll see how Tlaloc treats us in La Yacata this year!

2 responses to “Lady and the Plow”