My son turned 16 in May. We opted to invite some of the family over for a cookout.  It went better than I expected. As you’ll see, Mexico does its own thing when it comes to birthdays.

In the morning, just at dawn, my husband and I crept into my son’s room to “dar el remojo” (give the soaking). Instead of birthday spankings, water is dumped on the birthday boy or girl. Way before the Catholic church arrived to baptize the indigenous people, rain was the blessing given by the gods. El cumpleaños (anniversary of completing years rather than the day you were born) deserves some liberal blessing libations, don’t you think? Of course, my son sputtered and flopped about like a drenched chicken, but a little water never hurt anyone (except the Wicked Witch of the West but she isn’t known here in Mexico).

In the afternoon, after we ate all the tacos we could eat, it was time for the cake. Instead of singing “Happy Birthday” the traditional song is “Las Mañanitas” which is also sung on Mother’s Day, Valentine’s Day, the Virgin of Guadalupe’s day and saints’ days. It’s a pretty song used for serenading. Typically, only the first verse is sung at birthdays followed by a coro (cheer) “A la bim, a la bam, a la bim bom bam, (name of the person, name of the person) Ra, ra, ra.” As it’s all nonsense, no translation is needed. Remember, in Mexico, more often than not, your birthday and the day to honor the Saint for which you were named are the same day, thus “el dia de tu santo” (your saint’s day) in the song still applies although it is sometimes altered to “tu cumpleaños.” 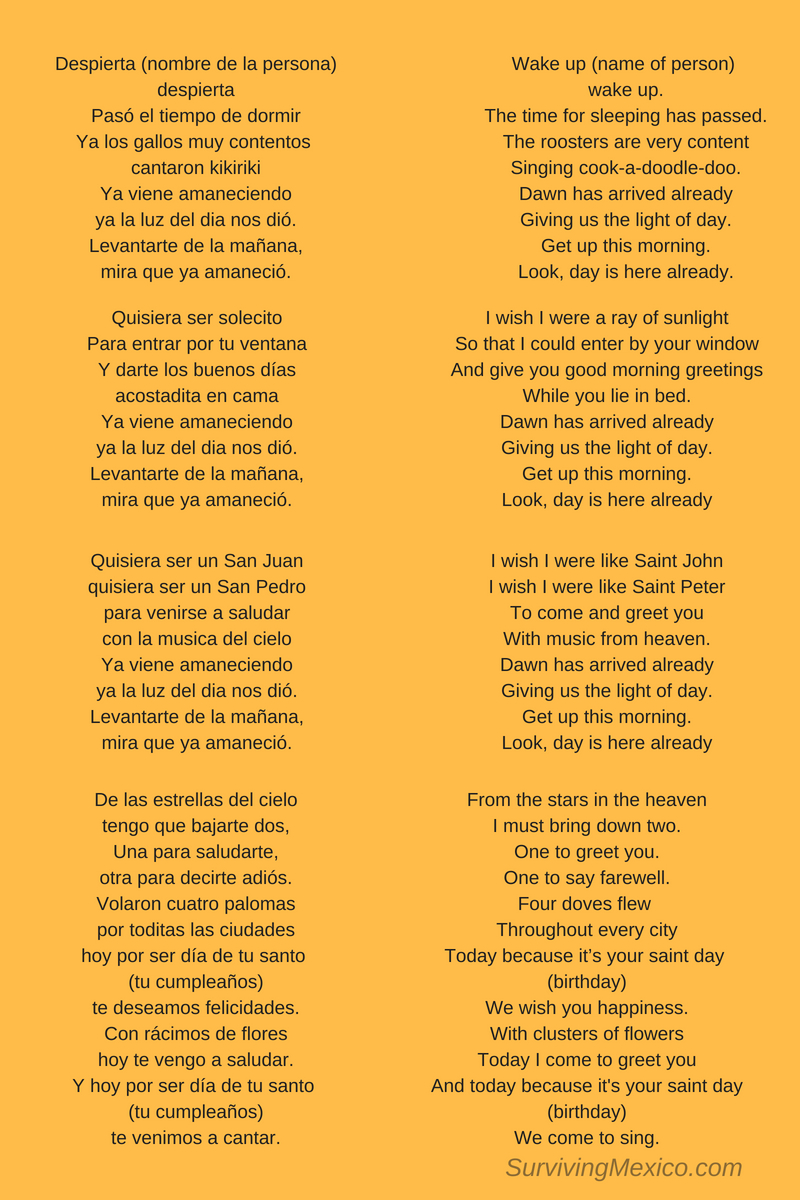 After the singing, the chant begins “Que le sople. Que le sople.” encouraging the birthday boy or girl to blow out the candle. The next step is “Que le muerda. Que le muerda.”  The birthday boy/girl is instructed to take a bite out of the cake which inevitably results in a face plant when someone attacks from behind. Then the chant changes to “Que le parta. Que le parta.” indicating it is time for the cake to be cut and served. 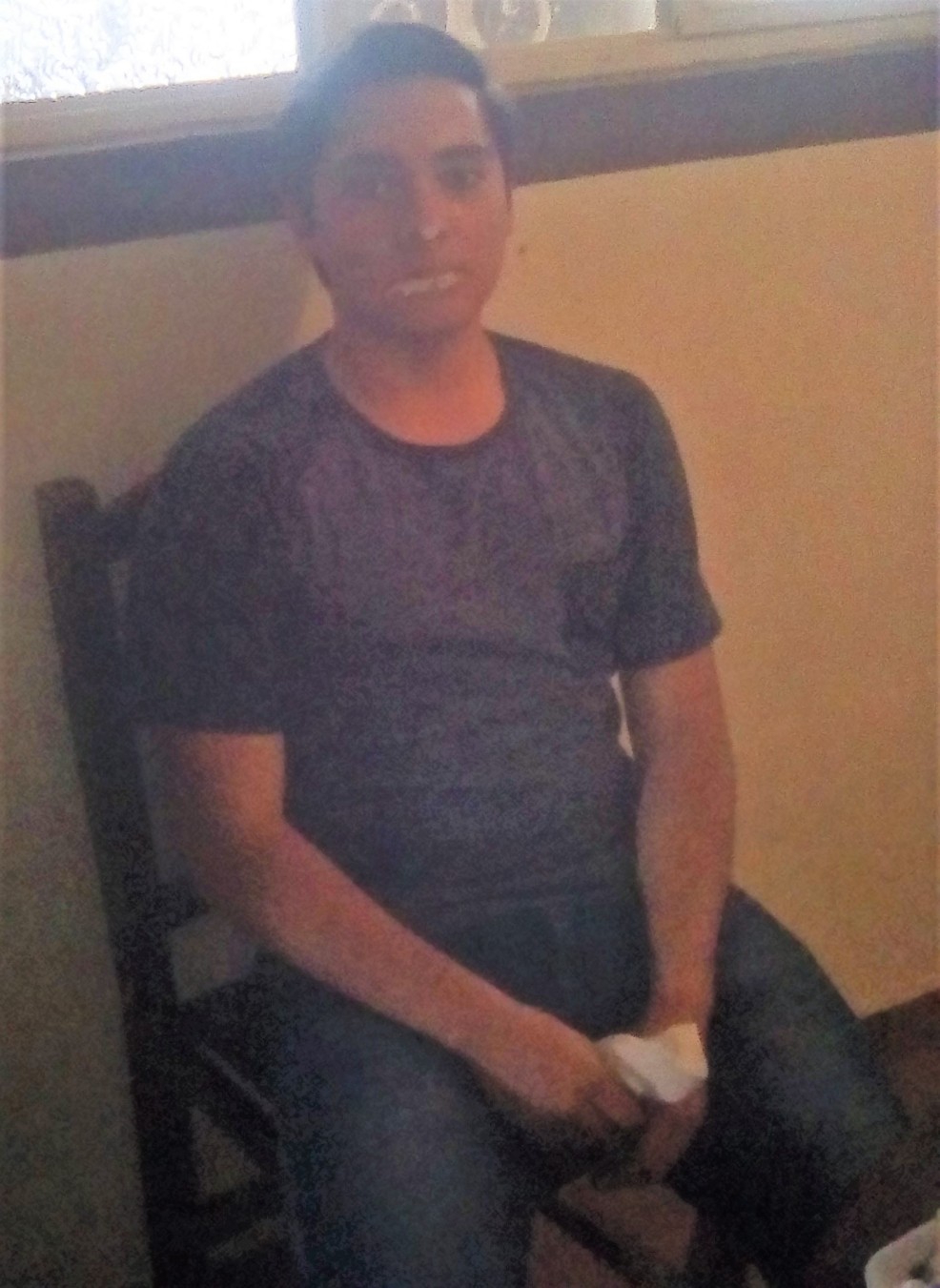 Breaking a piñata at a birthday party is typically only found at parties for the very young, and well-to-do families, or so says my husband.  Considering he came from a family with 11 children, it really wouldn’t have been affordable to have a piñata for every child’s birthday, so I can see his point. We have had piñatas in the past, but not this year. For the same reason, giving birthday gifts isn’t one of my husband’s family’s traditions. Thus, this was my son’s lone b-day present all decked out in Spiderman, for old times sake.

So there you have it–the low-key event marking my son’s 16th birthday.