Although I had my heart set on a solar electrical system, even gone so far as to price it, I realized I was putting the cart before the horse.  Before we make manifest electricity (my home improvement goal for 2018), we needed to finish the upstairs.  So since my husband decided not to return to work in September, that’s what he’s been doing.  Of course, it’s now January, and we still aren’t completely finished, but we are closer than we were.

In 2016, we were able to put the roof on the second floor and then put in windows but for quite some time it remained uninhabitable. We used it to store junk.  It was dark and dusty.  But all that was about to change! 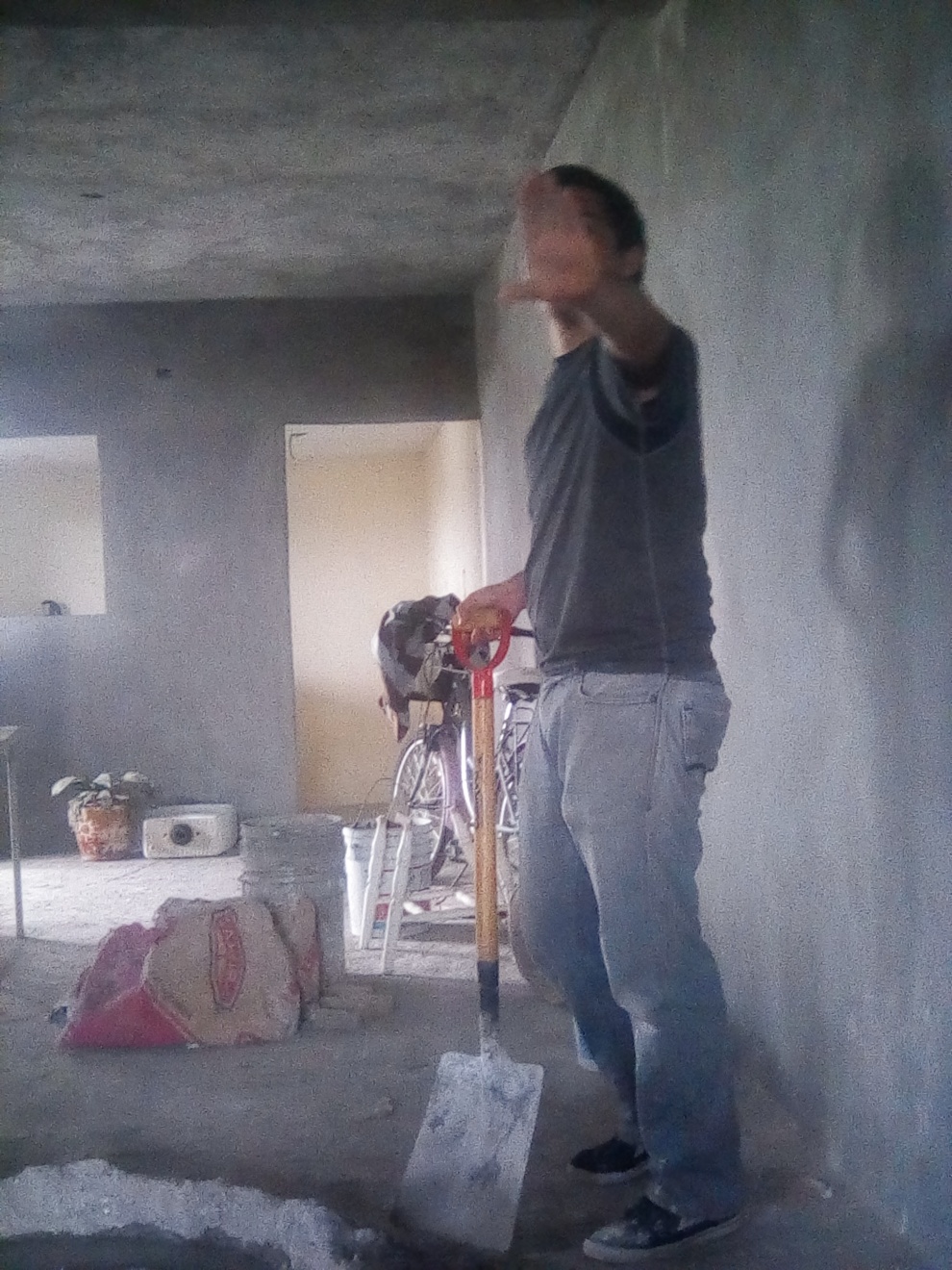 The first step was to patch the walls.  This is my husband’s least favorite construction activity, so it took about 2 months for him to complete it, one buto (bag) of cement at a time.  Not only did the walls need to be patched, but they needed afinado (refined), which meant a second round of patching, only this time with beach sand rather than brown sand. 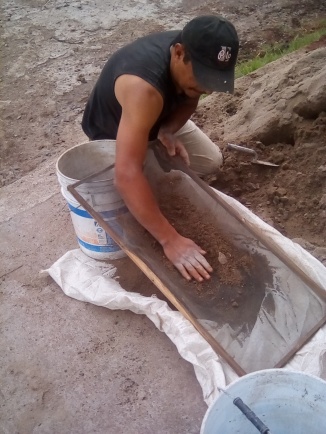 The sand is sifted. It isn’t the same sand used in construction.

The mix for patching is gooier than the mix used for construction. No gravel is used. 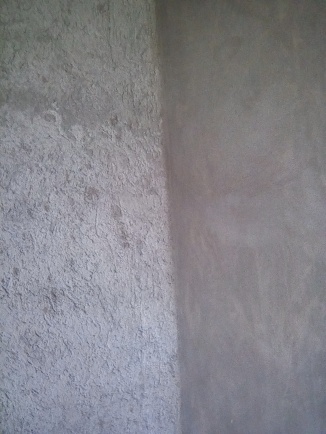 Wall to the left is one layer. Wall to the right is with a second layer.

As for flooring, oh my, was this a hassle.  When we built the house 10 years ago, we installed a lovely brown tile in the kitchen, both bedrooms, and bathroom.  The outside porch eventually became an interior room but did not have any tile.  Therefore, we hoped we could find something similar to it to tile the back room, stairs and then continue upstairs.  No such luck.  The tile we had used had been discontinued. We went to 10 flooring places and looked at floor models and books until we were cross-eyed. We’d find something we liked only to be told that they only had 3 boxes left.  Or the color was good and there were enough to complete the job, but it was WAY out of our budget. We weren’t just tiling one room, but an entire floor, steps, and the back room. Finally, we found something that had similar tones although was completely different in the patterning and went with that. 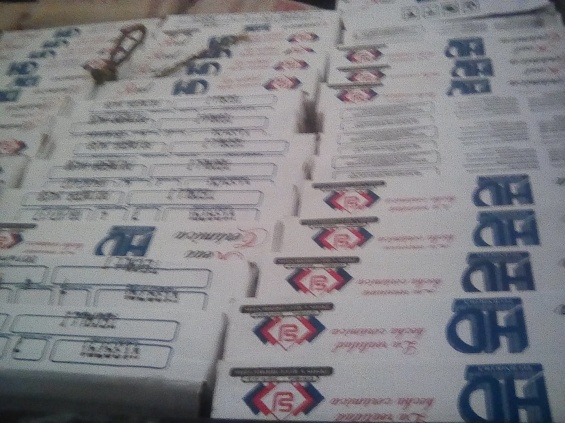 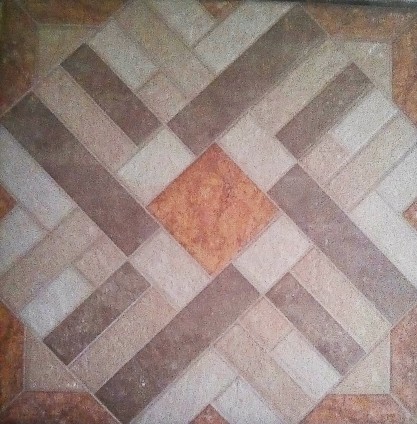 The tile we chose.

Buying all the tiles at once was a major purchase and construction had to be delayed just a bit since we also needed to buy the pegasolejo (cement for laying the tiles) and bujilla (grouting).  But just like the wall patching, little by little it got done. 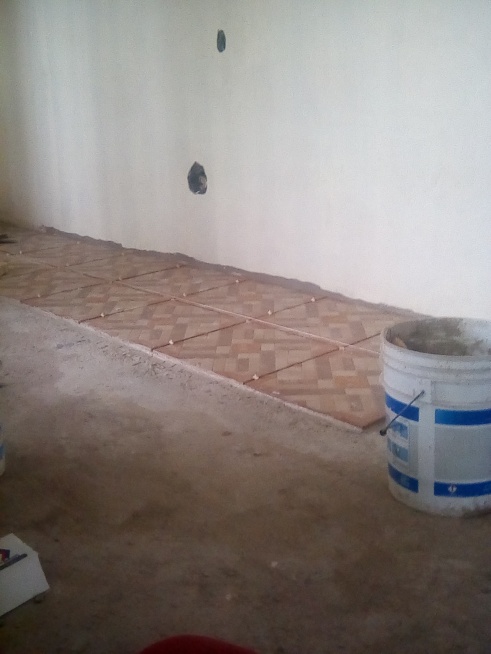 Tagged as building in Mexico, remodeling, tiling the floor

4 responses to “A bit of remodeling–Upstairs”